Accessibility links
More Americans Considering Community Banks Bailouts and bonuses have many Americans frustrated with big banks — so fed up, that they're moving their money to community banks instead. Arianna Huffington is behind a movement called Move Your Money, which is gaining momentum online and on social media sites. 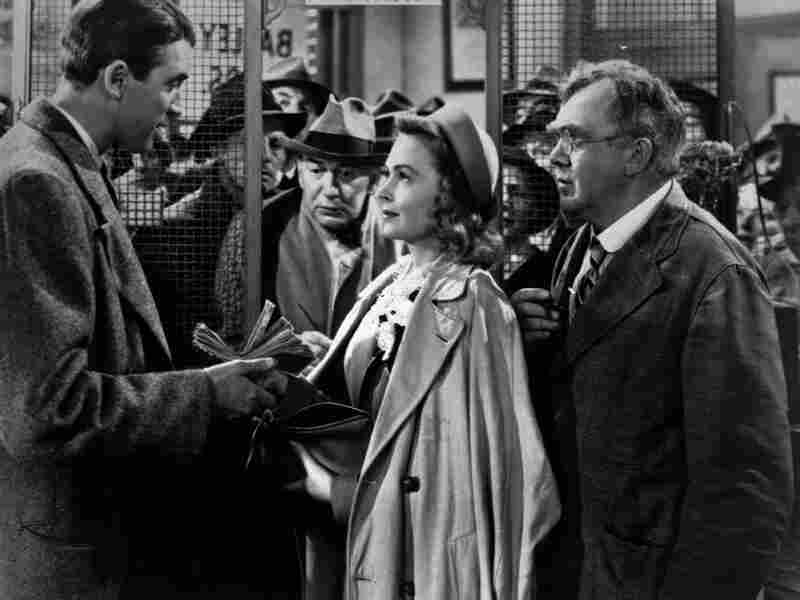 Move Your Money created a video that splices scenes from It's a Wonderful Life with tape from the current financial mess. AP hide caption 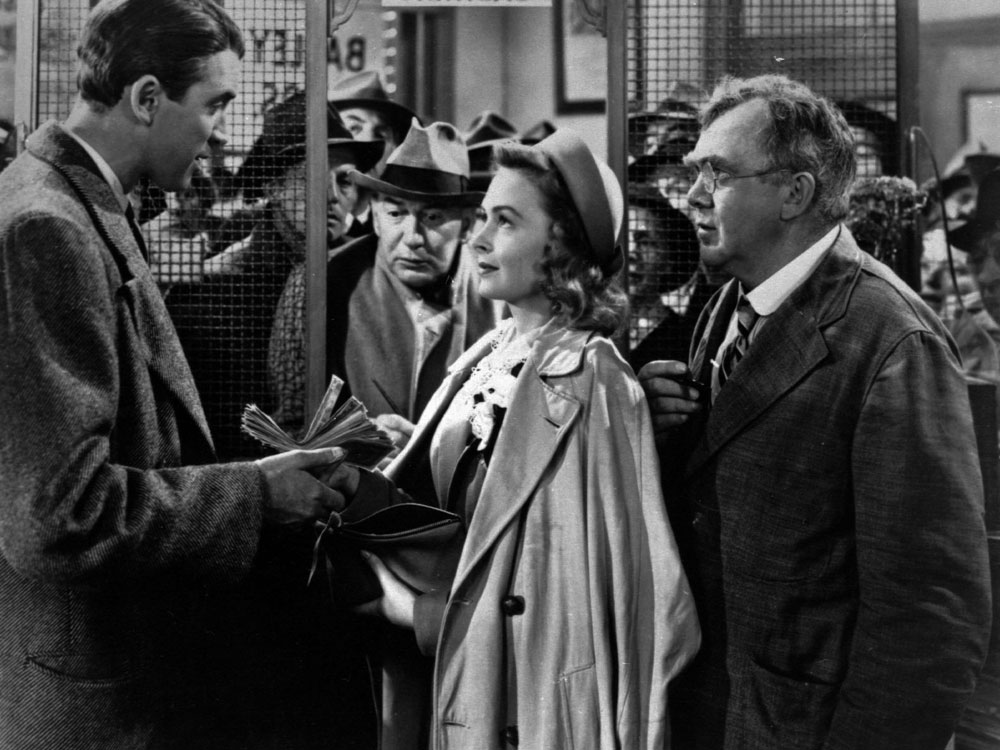 Move Your Money created a video that splices scenes from It's a Wonderful Life with tape from the current financial mess.

Bailouts and bonuses have many Americans frustrated with big banks. Some consumers think these giant institutions have lost touch with customers and basic good business practices. They're so fed up that they're holding these behemoths accountable by moving their money to community banks.

Terry Brauer is moving his personal and business bank accounts from Wells Fargo to the much, much tinier Bank of Highwood-Fort Sheridan in the suburbs of Chicago.

"It's a community bank," says Brauer. "As you can see, the architecture doesn't look like a spaceship."

The bank tellers are quick to greet customers.

There's a coffee machine in the lobby, along with chocolate chip cookies.

"And then we have dog biscuits. My dog has been here several times, and he enjoys it very much," Brauer says.

But for Brauer, the switch from his big bank was about more than niceties; it was about trusting the company he banks with to do right.

"If I were to have, for example, an issue with this bank, I would go to the bank manager," says Brauer. "She's only about 15 steps. She's not in some office hiding under her desk on the 44th floor of a large building. They're accessible; that's the difference. The difference is that decision makers are accessible." 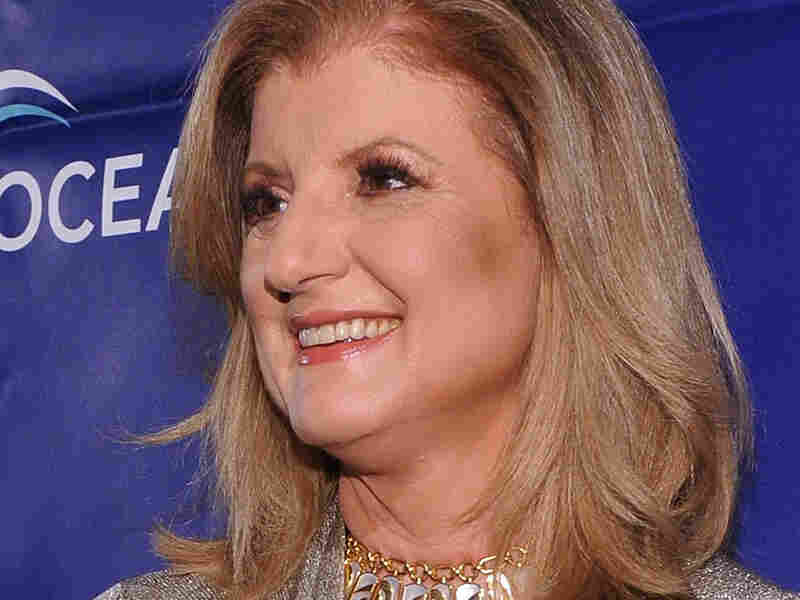 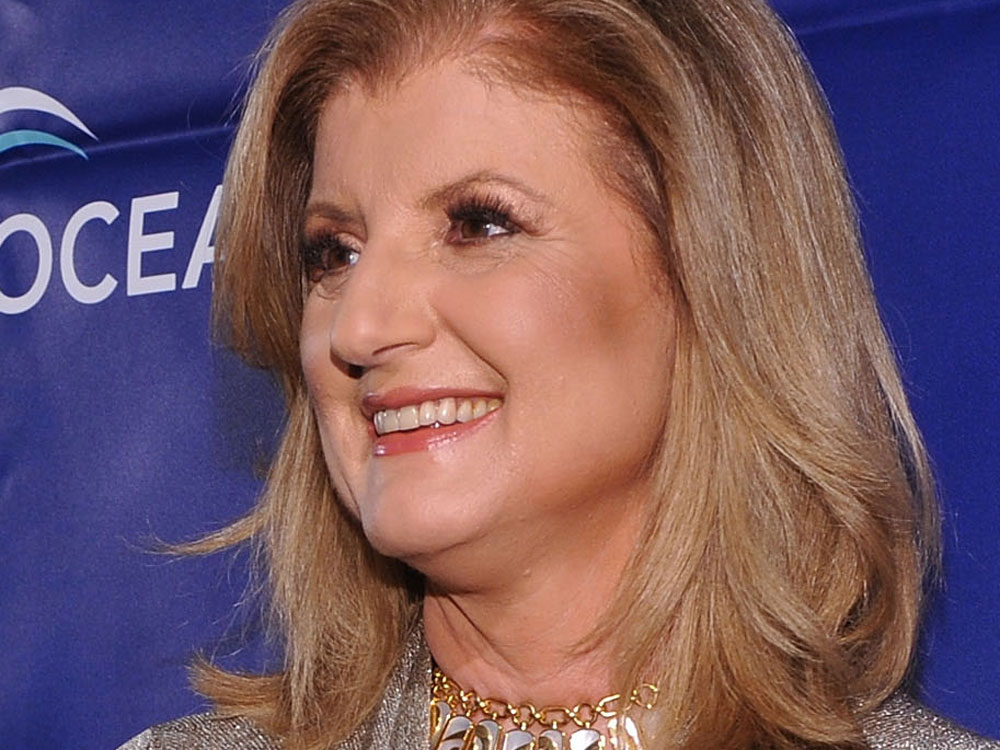 Arianna Huffington is encouraging people to move from the banking giants to community banks.

Thousands of other people around the country are making — or at least want their online friends to know they're thinking of making — a similar switch and saying bye-bye to the big four: Wells Fargo, Bank of America, JPMorgan Chase and Citigroup.

Arianna Huffington of the Huffington Post is spearheading a campaign called Move Your Money, which encourages people to move from the banking giants to smaller community banks.

"There's a lot of anger about the way banks have acted," says Huffington. "It's a total lack of empathy and concern."

Huffington says half the country's zip codes have been plugged into the Web site's community bank search engine.

Difference Between Saying And Doing

But Mitchell Petersen, a finance professor at Northwestern University's Kellogg School of Management, is skeptical whether the campaign will cause droves of consumers to abandon their big banks. 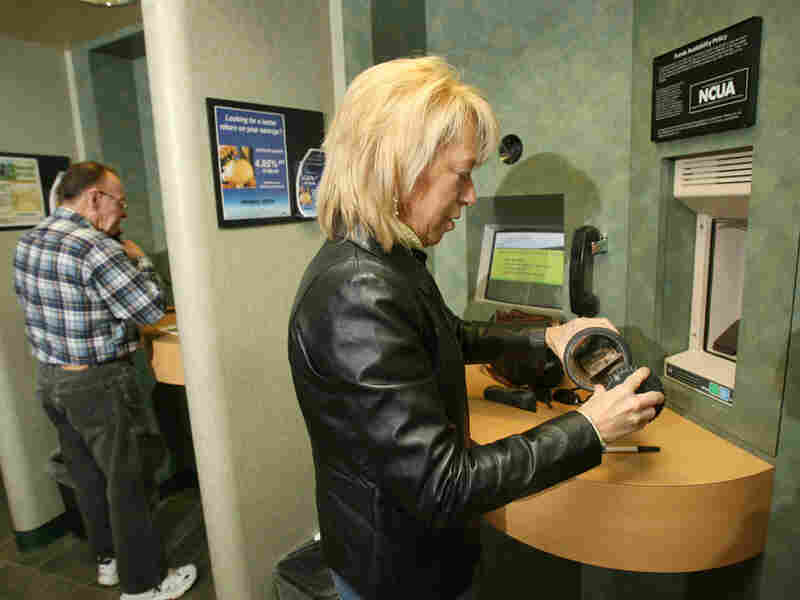 Barbara Hegeman deposits checks in a pneumatic tube that will take them to a remote teller at the Finance Center Federal Credit Union in Indianapolis. Joe Vitti/The Indianapolis Star via AP hide caption 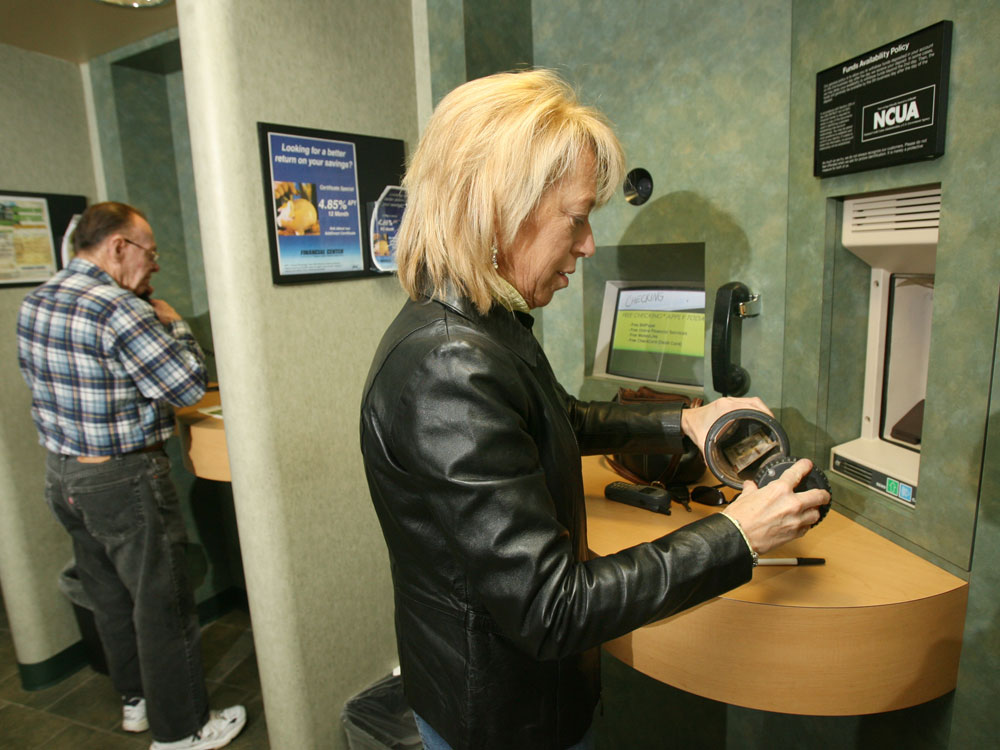 Barbara Hegeman deposits checks in a pneumatic tube that will take them to a remote teller at the Finance Center Federal Credit Union in Indianapolis.

"If I was a betting person, I'd sort of bet against it," Petersen says.

He says it would take a whole lot of money-movers to have a noticeable economic effect.

"People are busy, and they get really mad at things, and they say, 'I'm going to go home and do something,'" Petersen says. "And then they figure out how long it's going to take to change the checking account and change all the [electronic] payments. And I can either spend an hour with my kids or an hour doing that, and I don't know about them, but when I do that trade-off, I'll just stay with the bank I have."

But, says Petersen, even without a massive number of banking customers switching to community banks, the campaign sends a political message.

Elise Brooks is a spokeswoman for the Financial Services Roundtable, a group that represents the largest banks.

"Difficult to say — I'm sure they've heard of it," Brooks says when asked whether banks were paying attention to this movement. "But I think their priority is just turning out the best possible product for their customer."