Accessibility links
The Return Of 'Damages,' And Other Good TV News Glenn Close's critically acclaimed legal drama launches its third season tonight, with a plotline about a Bernie Madoff-style Wall Street swindler. David Bianculli says that show — and a handful of other returning series — should warm up any TV-watcher's winter. 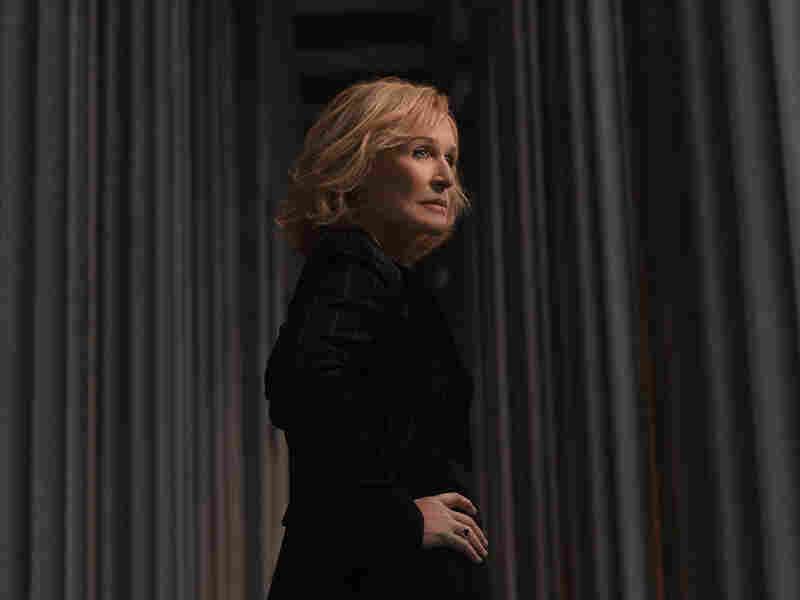 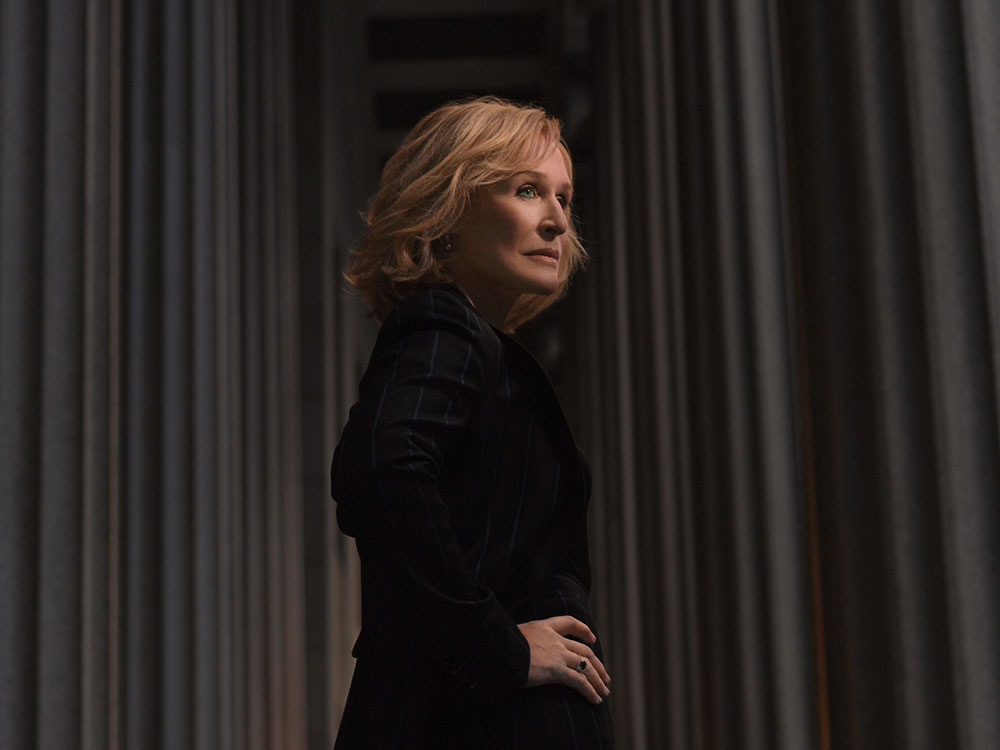 So far in 2010, there hasn't been a better, more compelling serialized drama on TV than the Jay-vs.-Conan battle. But that ended Friday — and ended, for the record, with a farewell show from Conan O'Brien that was classy in its restraint, and in his gratitude to NBC for giving him his career in the first place.

But that was Friday. Now it's Monday — so now what? On commercial TV, we have one sizzling offering: the fifth hour of 24 on Fox, with Jack Bauer getting involved in a New York assassination plot. On PBS's American Experience, there's a really interesting biography of Wyatt Earp — one that goes far beyond the usual portrayal of the Western lawman in popular movies. But, unless you turn to cable, that's about it.

On cable, though, the joint is jumping.

The best cable series returning tonight, beginning its third season, is Damages, the intelligently crafted legal series from the FX network. It stars Glenn Close as super-lawyer Patty Hewes, a woman who is as successful as she is ruthless. Like Tony Soprano, she's both the hero and villain of her own series — and Close, in this role, is just great. She acts with such range, and such subtlety, it's the best and most nuanced performance by a female lead since Helen Mirren starred in Prime Suspect.

On the Monkey See Blog

Close, in Damages, is keeping some fast company, and giving them chances to shine just as brightly. In Season One her main antagonist was played by Ted Danson, in a role that forever shattered his stereotype as the affable bartender Sam Malone on Cheers. The second year, Close played opposite William Hurt, her old co-star from The Big Chill.

And this year on Damages, the recurring players include Keith Carradine, who's made a new career of playing great supporting roles in such shows as Deadwood and Dexter. They also include Lily Tomlin and Martin Short, who, like Ted Danson, play it straight — and play it beautifully. The primary plot this year has Patty Hewes investigating Louis Tobin, a man accused of a Bernie Madoff-style Ponzi scheme.

Another cable show I enjoy a lot — it's returning with a behind-the-scenes teaser tonight, and new episodes next week — is Secret Diary of a Call Girl, beginning its third season on Showtime. Billie Piper stars as Hannah, a young woman making her way through British society by adopting an alter ego as a prostitute named Belle and blogging about it. It's based on a real woman in England, who not only blogged about her secret second life, but published a popular book about it, and recently revealed her true identity.

As this new season begins, the TV version of Belle has just seen her book published, and her life changes a bit as a result. It all may sound tawdry, or tacky, but it really isn't. Piper's vulnerable yet charming performance sees to that — and Secret Diary actually has a lot more class and ambition than, say, your average late-night offering on Cinemax.

Finally, also on Showtime tonight, there's a new season of Tracey Ullman's State of the Union, in which the amazing Ullman — half comedienne, half chameleon — burns through about a dozen outlandish caricatures or impressions in each show. In this opener, in the makeup room for a TV talk show, she impersonates not only Rachel Maddow but Ariana Huffington, Barney Frank and several others — all at the same time, courtesy of clever editing and special effects. The problem, though, is that the techniques and the makeup are so distracting, the comedy itself is kind of diluted. I feel like I should be laughing more, especially since Ullman's talents are so impressive.

But like Damages and Secret Diary of a Call Girl, Ullman's series is another welcome midseason return — and another watchable alternative to what the broadcast networks aren't offering these days.