Accessibility links
TSA Officers Among Lowest Paid Of Federal Workers As painful as the security screening process can be for travelers, it's no picnic for transportation security officers. The salaries for TSOs, who are on the front lines of the battle to keep the skies safe, start at about $25,000 a year. They also have one of the highest injury rates. 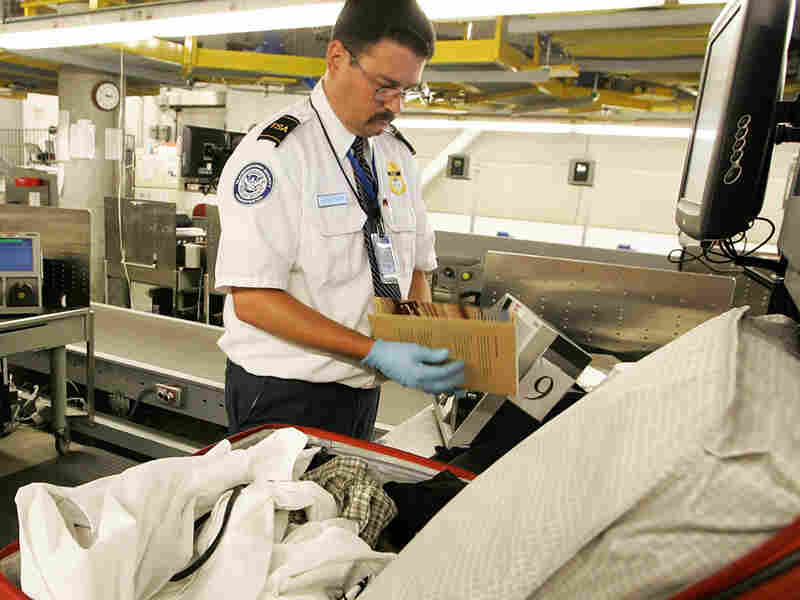 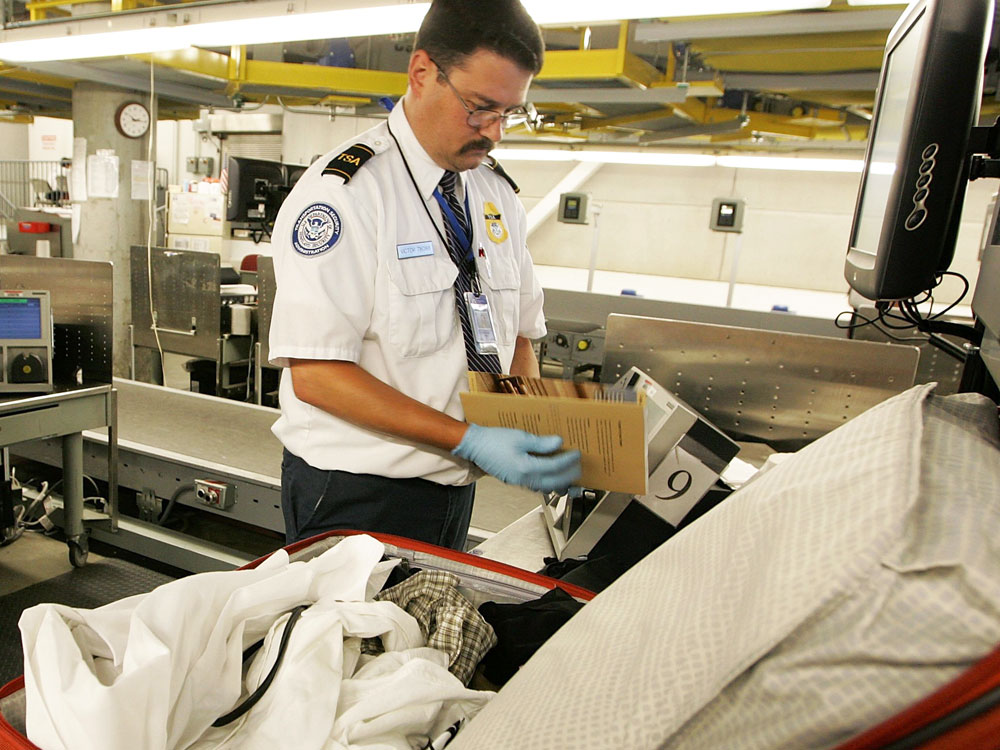 A TSA worker searches a bag at Oakland International Airport.

If you are one of the 2 million people who fly commercially each day in the U.S., you've gone through airport security administered by the Transportation Security Administration.

But as painful as the screening process can be for travelers, it's no picnic for transportation security officers, or TSOs. The men and women at the front lines of the battle to keep the skies safe are among the lowest paid of all federal employees, and they have one of the highest injury rates.

It's a stressful job, and TSOs must deal with sometimes uncooperative travelers while watching for what the TSA calls "anomalies."

Charles McLong is a bomb assessment officer at Washington's Reagan National Airport. He gets called in if something looks, as he puts it, "hinky."

"Like this particular bag here," he says, pointing to a semi-opaque bag. "We have a couple of masses there of something. Now they look like they could be oranges, but as we know, the explosives could be made into anything."

TSOs rotate through the positions on the security line throughout the course of their shifts. There is a lot of standing, staring intently at screening monitors and lifting heavy bags, which has contributed to the agency's high employee injury rate.

Then there are the salaries, which start at about $25,000 a year, one of the lowest rates in the federal government. Anthony Hutchinson, a 29-year-old father of two, says not only is it not easy raising a family on what he earns, but it also affects what he sees as the mission of transportation security officers.

"This is a very, very important job. You're dealing with people's lives every single day, and if you have an officer sitting there worrying about how they're going to pay their rent, or whether their car is going to be taken from them because they can't pay their car note, or how their children are going to eat ... then you're not going to have a happy officer there thinking about the mission," Hutchinson says. "The mission comes first."

Hutchinson has joined the National Treasury Employees Union, one of two unions that hope to organize TSOs and eventually bargain for a contract with the TSA.

Lee Kair, who is in charge of security operations for the TSA, says the agency has made strides in addressing the security officers' complaints, specifically the high injury rate. He says fewer officers have been leaving, especially because of the economy. He also says that most officers have been with the agency since its inception, and they know how to spot anomalies.

"Our officers have extremely difficult jobs," Kair says. "And they are very, very professional in what they do, and they're very trained and they're skilled at how to interact with people."

Right now, what everyone at TSA would like is the nomination of a new administrator. The agency has been without a permanent chief since President Obama took office a year ago. His nominee, Erroll Southers, withdrew last week, in part because he was blocked by some Senate Republicans who object to giving transportation security officers the right to bargain for a contract.