Accessibility links
The Magnetic Fields' Hard-Headed 'Realism' A companion piece to 2008's Distortion, the new album is vivid and whimsical — and it certainly lives up to its title. Fresh Air rock critic Ken Tucker has a review.

Stephin Merritt is the master of the cutting understatement, as well as the elegant overstatement. He's highly prolific, with at least 17 albums under various group names since 1991; one was a collection of 69 love songs titled, well, 69 Love Songs. 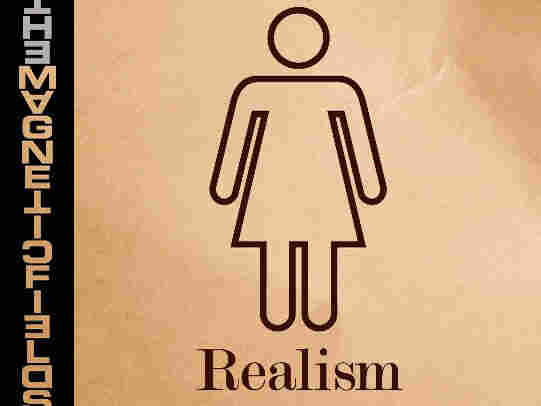 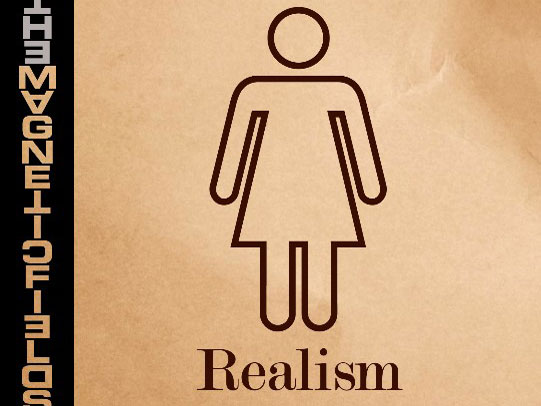 Merritt's vocals tend toward the deadpan tuneless, but he writes lovely melodies with a sting. Take the oh-so-pleasant-sounding "You Must Be Out of Your Mind," from Realism, the new album by Merritt's group The Magnetic Fields. If you listen, beneath the pleasant acoustic instruments, you hear a tartly sarcastic, gravely judgmental song. It compares a hoped-for reconciliation to "an appendectomy sans anesthesia" and later asserts that "I no longer drink enough to think you're witty." I think we can see the sort of realism Merritt is going for. In another song, "Seduced and Abandoned," Merritt assumes the guise of a woman who's been left with her newborn child by a dastardly cad, and she meditates morosely on her future.

This album is meant to be a contrasting companion piece to The Magnetic Fields' previous release, Distortion. That album exploded with fierce, squalling guitar feedback, while Merritt's vocals came off like menacing growls as, once again, he sang lyrics that were frequently at ironic odds with the music. He's gone in the opposite direction on Realism.

Nothing could be further from Distortion's jangling power chords than the toy piano of "The Dolls' Tea Party." With a lead vocal by Claudia Gonson, "The Dolls' Tea Party" is one of the few pop songs in this new decade that uses the word "twitter" in something other than its social-networking sense — the dolls twitter merrily, making what seems like innocuous conversation. Merritt can be cutesy and cloying; that song certainly comes close. But then he comes up with the perfect use of his broad taste and essentially bohemian world view in a song like the rousing musical manifesto "The Dada Polka."

"Do something, anything," Stephin Merritt sings in "Dada," adding, "Do something true." Certainly, Merritt follows his own advice. He's said that he likes short songs: "I don't go for big statements in general." But sometimes small gestures, small creations, when gathered together, combine to form a statement bigger than their creator may have intended.

Or, in the case of Merritt, a self-conscious artist in the best sense, he knows that the accretion of detail over the course of these 13 songs has resulted in a realism that is vivid, hard-headed and never half-hearted. He does something true.