Accessibility links
Through The Looking Glass: Alice In Fact And Fiction Alice, from Alice In Wonderland, is one of literature's most beloved heroines for restless girl readers and feminist scholars. The new book Alice I Have Been tells the story of Alice Liddell, the child muse for Lewis Carroll's character. 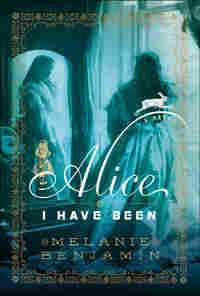 Alice I Have Been
By Melanie Benjamin
Hardcover, 368 pages
Delacorte Press
List price: $25

Like most preteen heroines of classic children's literature, Alice (of Alice in Wonderland, of course) is a mistress of misrule: bossy, resourceful and a bit of a tomboy. Despite that perfectly starched get-up of pinafore and pantalets, capped off by beribboned blond curls, Alice chafes against convention; that's why she fits in just fine in the psychedelic netherworld of Wonderland and also why she has been beloved ever after by restless girl readers and feminist scholars. No wonder the first words that Alice utters in the opening lines of Melanie Benjamin's haunting new novel about the "real" Alice — Alice Liddell, the inspiration for the character in the Lewis Carroll novel — are words of soft rebellion: "But oh my dear, I am tired of being Alice in Wonderland. Does it sound ungrateful? It is. Only I do get tired."

The year is 1932 and Alice Liddell is 80 years old. She is writing those words in a letter to her son, who implores her to leave her home in England and sail to New York, where Columbia University is eager to bestow upon her an honorary doctorate and a tea party. The occasion is the celebration of the centenary of the birth of Charles Dodgson — aka Lewis Carroll — and it really did happen. One certainly can imagine that Alice Liddell felt both tickled by that ongoing attention and trapped. Because the tale that gave her and so many generations of readers such anarchic pleasure also, paradoxically, fixed the real Alice Liddell to a fictional identity, one that she could never quite outrun.

Melanie Benjamin's novel is called Alice I Have Been and, though it occasionally stumbles into melodrama, most of the time it's a nuanced, moody envisioning of the life of Alice Liddell. Alice, as any Wonderland fan knows, was a daughter of the dean of Christ Church College at Oxford, where Charles Dodgson was a stuttering mathematics don. As the origin myth goes, one golden summer afternoon, Dodgson and 10-year-old Alice, along with some companions, went for a boat ride and he spun out the tale of Alice in Wonderland, which she begged him to write down. 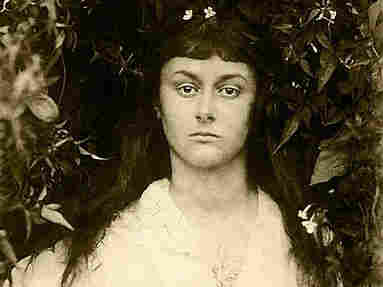 There is certainly enough suggestively weird imagery lurking in Alice in Wonderland to give any post-Freudian reader pause. But coupled with the fact that Dodgson, an early photography enthusiast, took pictures of young girls, including a famous one of 7-year-old Alice scantily clad as a gypsy waif, Benjamin's rendering of Dodgson as a gentle ancestor of Lolita's Humbert Humbert seems warranted. In this finely detailed snippet, Alice recalls undressing for the gypsy girl outdoor photo shoot and her dawning awareness of a more mundane aspect of her own upper-class female helplessness:

I took the [gypsy] dress, held it up to me, then dropped it to the ground. Clutching my own skirt, I fingered the stiff, familiar lace like a good-luck charm. Then I realized something very important.

I realized I had never before undressed myself ...

All my buttons were in the back; every night I obediently turned around and waited for someone to unbutton all of them, help me step out of the billowing fabric, unfasten all my petticoats — again, all of which fastened at my back. Every night someone did.

Unexpectedly, Benjamin's novel becomes even more interesting in its second half, as Alice grows into a young woman, struggling to shrug off her Alice mantle, as well as the whispers in Oxford of something untoward in her past relationship with Dodgson, who was indeed banned by Alice's family from seeing her and her sisters a year after that immortal boat ride.

Later in life Alice Liddell married a resolutely unbookish man and had three sons, two of whom were killed in World War I. And, curiously, she auctioned off the original manuscript of Alice in Wonderland.

Alice I Have Been graces an imagined Alice Liddell with her own voice and story, but what really sets this latest Victorian fictional resurrection apart is its awareness of the demonic dimension of great literature. Powerful stories captivate their readers — and sometimes also their muses. As Benjamin vividly depicts here, the young girl who became the muse for one of the most rollicking children's tales of all time may have also became, to some extent, its prisoner, pressed into the looking glass of its fictions.

The audio version of this story refers to Lewis Carroll as "Arthur Dodgson." Carroll's given name was Charles Dodgson. 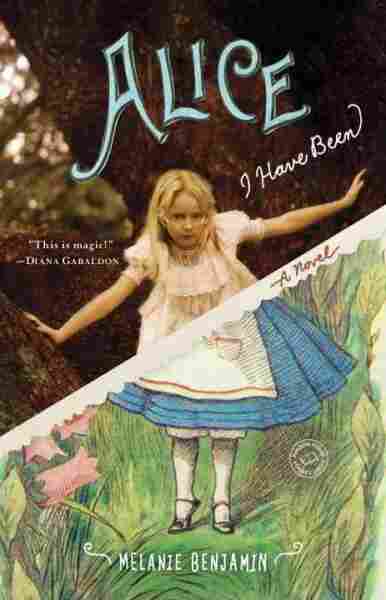 Alice I Have Been

Title
Alice I Have Been
Author
Melanie Benjamin