Accessibility links
Housing Bubble Fears, And Prices, Soar In China New figures show that property sales in China jumped 75 percent last year as record levels of bank loans boosted purchases. Concern that the country is in the grip of a housing bubble is growing, and in the meantime, official figures show 85 percent of Chinese can no longer afford to buy properties. 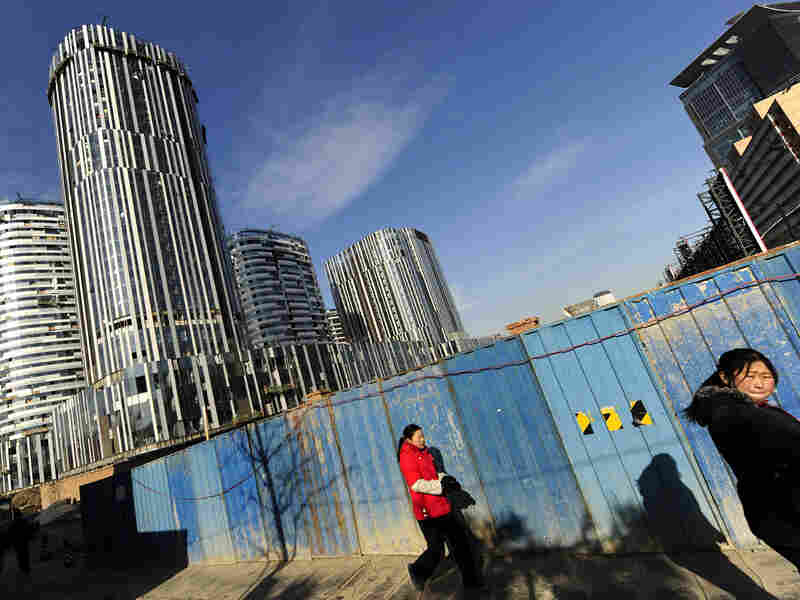 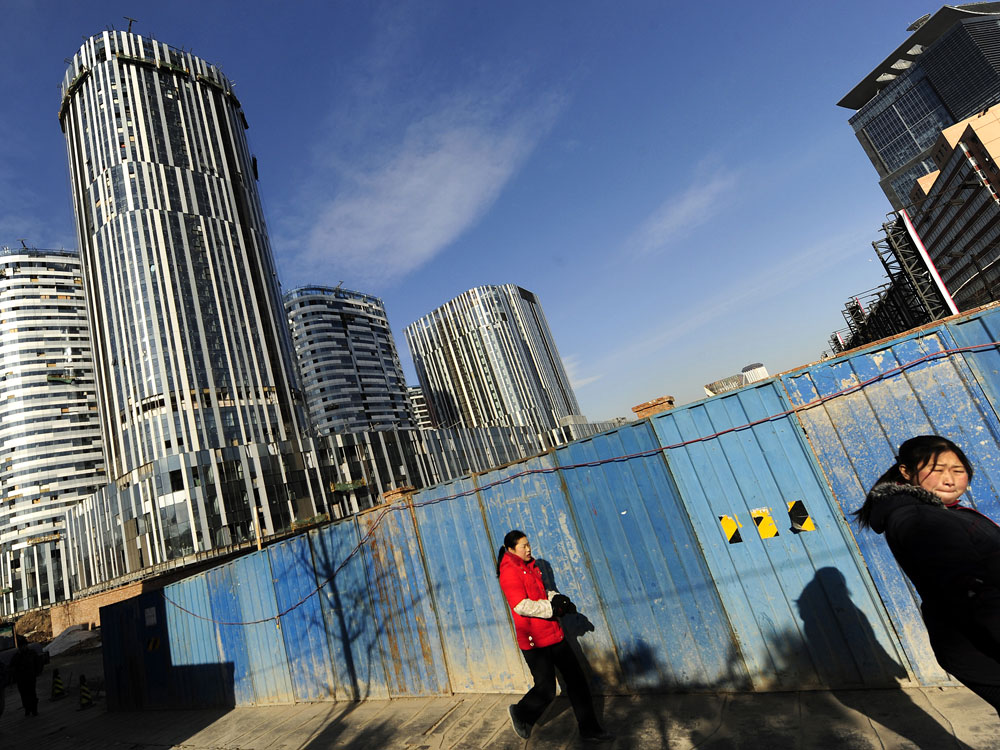 Just over three years ago, songwriter Liu Shuqiu protested China's high housing prices with a satirical song that urged "people who don't want to be slaves to their mortgages" to rise up.

The song used the tune of the Internationale, the anthem of international socialism, and the lyrics exhorted:

We should fight for houses, shatter the developers to pieces. Don't think we are obedient; the consequences will be serious if we get mad.

At the time, Liu says, no one could afford to buy apartments. "We thought prices were at their peak," he says. "We never could have known that over the years, it would get worse and worse."

New figures show that property sales in China jumped 75 percent last year as record levels of bank loans boosted purchases. Property prices rose by the fastest pace in 18 months in December, adding to fears of a real estate bubble. China has been trying to rein in speculation.

One of the places with the fastest rise in prices is Shanghai. A new Shanghai apartment now costs 68 percent more than it did a year ago, according to Knight Frank, a commercial and residential property agency.

In many other Chinese cities, prices rose by 40 percent, the agency says. Now, ordinary people fear they are being priced out of the market, while the luxury sector is soaring.

"Last year, one of my customers arrived in a BMW, lugging two suitcases. Each suitcase contained the equivalent of about $70,000. He said, 'I've brought this money to buy a villa,' " recalls James Zhuo, a property agent for Century 21 who works in Lujiazui, one of Shanghai's most expensive areas.

The coal-mine millionaire from the inland province of Shaanxi was the type of customer who was buying in 2009, Zhuo says.

Even Chinese Premier Wen Jiabao acknowledges that property prices have risen too quickly. The government is trying to stop speculation by imposing resale taxes and raising down payments for second homes.

While many fear that China is in the grip of a property bubble, experts say the problem isn't the same as the subprime mortgage crisis in the United States.

"The entities that are doing the leveraging in China are not individual people, but instead local government entities which have borrowed trillions from the banking system to develop real estate projects in the first place," says Victor Shih, an expert on China at Northwestern University.

Shih has been researching local governments' finances in China. He says, for example, that about half of the Shanghai government's revenues come from land sales. Because local governments need this income, he fears that measures to cool the real estate market might not work.

'To Buy A Place In Shanghai'

But not everyone is convinced there is a property bubble. Some analysts cite continuing housing demand, fueled in part by the millions of rural migrants moving to the city.

Lu Zhengwei, a macroeconomic analyst at Fuzhou-based Industrial Bank, says prices are likely to continue going up in the medium term.

"Economists say the biggest factor in housing prices is demographics, and China's working population doesn't reach its peak until 2030," he says. "So I think China still has 15 or 20 years of growth, with some fluctuations because of macroeconomic controls."

Bubble or no bubble, official figures show 85 percent of Chinese can no longer afford to buy properties.

And Chinese authorities are worried the situation will create social instability.

That much is clear from the fate of a popular television soap opera, Dwelling Narrowness, which was pulled from the airwaves. The show charted two sisters' struggles to buy an apartment, with one of them eventually becoming the mistress of a corrupt official.

The show coined a saying: "To buy a place in Shanghai means you are digging a grave for yourself, and burying your love."