Accessibility links
NPR Poll Shows Vulnerability Of Obama, Democrats The poll shows voters evenly divided about Obama's job performance and more likely to vote for a Republican if the 2010 elections for Congress were held today. The majority of likely voters said they oppose the president's health plan, and by a 2-1 margin, respondents said the country is on the wrong track. 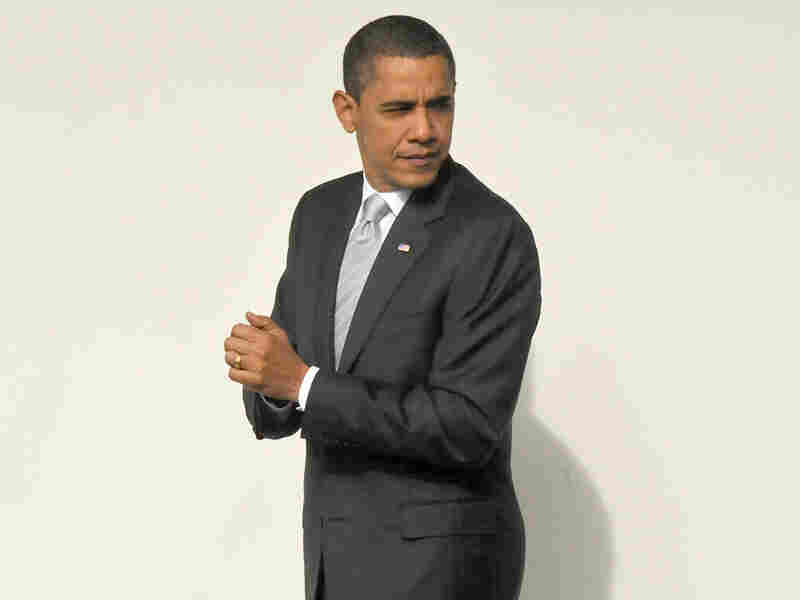 Cause For Concern? When President Obama was a candidate, the nation's problems were a wind at his back. Now he must solve them. Ron Sachs/Pool/Getty Images hide caption 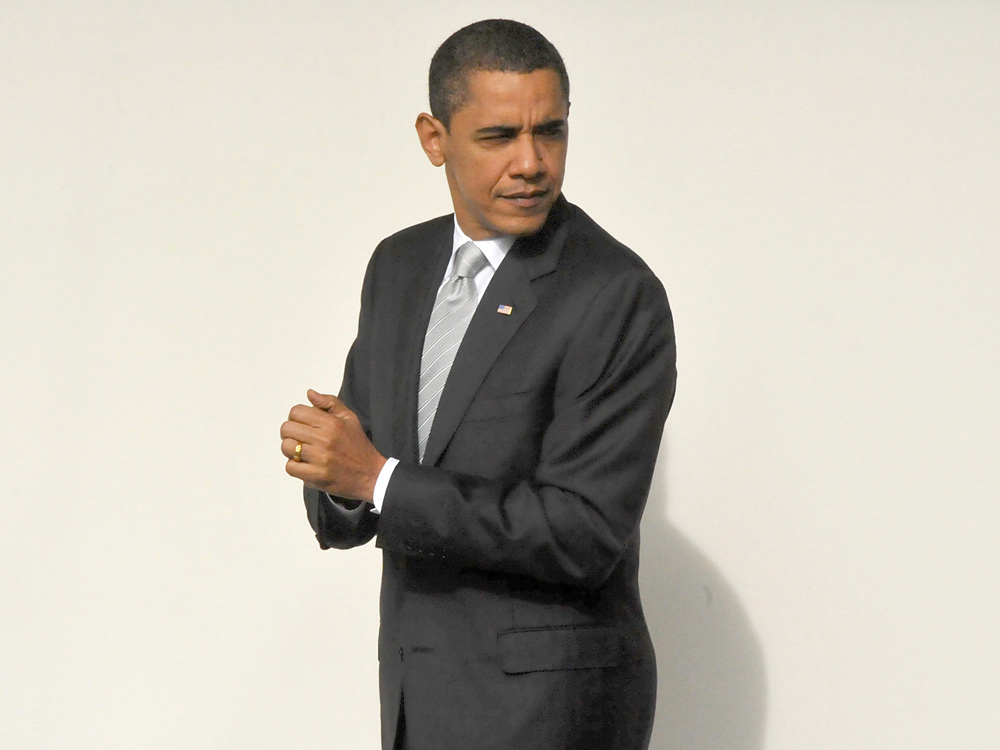 Cause For Concern? When President Obama was a candidate, the nation's problems were a wind at his back. Now he must solve them.

Wednesday night's State of the Union speech is an opportunity for President Obama to reconnect to voters who are frustrated about the state of the economy and the progress he's been making toward fulfilling his campaign promises.

The president has said he'll talk about economic growth — the top priority for voters, according to a new survey conducted by Republican Glen Bolger and Democrat Stan Greenberg. The poll of 800 likely voters also finds that opinion has soured on Obama's No. 1 legislative priority this year: an overhaul of the country's health care system.

The poll holds plenty of danger signs for the Democrats. In one indicator studied closely by both parties ahead of midterm elections, likely voters chose an unnamed Republican candidate by 5 percentage points over the Democrat on a hypothetical congressional ballot.

See Highlights From The NPR Poll

And, Bolger points out, that edge is more pronounced among people whose interest in the midterms is high.

"So while it's a 5-point lead overall, among the most interested voters, that lead doubles," Bolger says. "And we saw that take effect in Virginia; we saw it took effect in [the] New Jersey gubernatorial race; and we saw it take effect in the Massachusetts Senate race as well."

And Greenberg's Democrats have to be worried by the fact that by 2-1, voters think the country is on the wrong track.

"It's not hard to understand Massachusetts when you get a poll back like this," Greenberg says. "That tells you a lot about the mood in the country."

Health care is the most immediate political problem for the president. His new bill was just about to cross the finish line when Scott Brown's victory in Massachusetts deprived the Democrats of their filibuster-proof majority in the Senate.

In the NPR poll, likely voters oppose the president's plan by 55 percent to 39 percent, with the problem concentrated among independent voters.

Jack Raffa, a bank examiner from Pottsville, Pa., says he doesn't like how the health care bill was written.

"They seem to be making backroom deals and doing it behind closed doors," he says. "If it's such a good thing, everybody should know about it and be happy about it. If they have to hide it, there's a reason they're hiding things."

Roger Williams of Noble, La., describes himself as a not-so-strong Democrat. He objects to the fact that health care pushed everything else aside.

Williams questions why the health care overhaul is so important. "Go ahead and do that, but also worry about other things," he says. "Don't just forget about the other problems that we've got."

The survey suggests Democrats are being punished as much for not getting health care done as they are for what's actually in the bill.

"Had this passed before Christmas, we would be in a very different situation than we are now," Greenberg says.

"What people believe this bill is, is taxes on health benefits or special deals for Nebraska," he says. "What they don't see is the barring insurance companies from discriminating, everybody being guaranteed they can't lose health insurance."

There is one bright spot for the president in the poll's results: Obama's proposed bank tax.

"[The Wall Street bailout is] very much at the heart of problems plaguing incumbents and plaguing Democrats," Greenberg says, adding that more people think Democrats are responsible for the bailouts than helping the middle class.

"So the fee on the banks wins a lot of support," he says.

Most of President Obama's agenda has united the Republicans in opposition, but a bank tax is one of the few things with the potential to drive a wedge through the Republican ranks.

"I think there is going to be a lot of pressure on them," Bolger says, "because the push-back message, it's nowhere near as strong as the Democrat attack. The banks are in a tough spot on winning this policy fight."

And so are Republicans, if they take up the bankers' cause.

When he delivers his State of the Union address, Obama will have an opportunity to press his new populist charge against Wall Street and to speak directly to the concerns of voters like Jackie Yoon, a homemaker from Oklahoma City.

Asked what she wants to hear from the president, Yoon says, "how to help Americans get back to work. I'm not so concerned about the rich, because they're not hurting. But it's the middle class, the lower middle class that's hurting. It seems like nobody cares about us, so I hope he concentrates on that."

The State of the Union is the kind of big set-piece speech the president has been able to use to good advantage in the past. But when he was a candidate, the nation's problems were a wind at his back. As president, he finds them very much in his face.