Accessibility links
Science-Fiction Music: Monsters, Aliens In 'Filk' NASA recently announced that significant amounts of water have been found on the moon, leading to speculation that we might someday populate our orbiting friend. The idea sounds far-fetched, but it's the type of thing science-fiction fans have been dreaming of for many years. In music, stories of space travel and extraterrestrials predate even Tin Pan Alley. 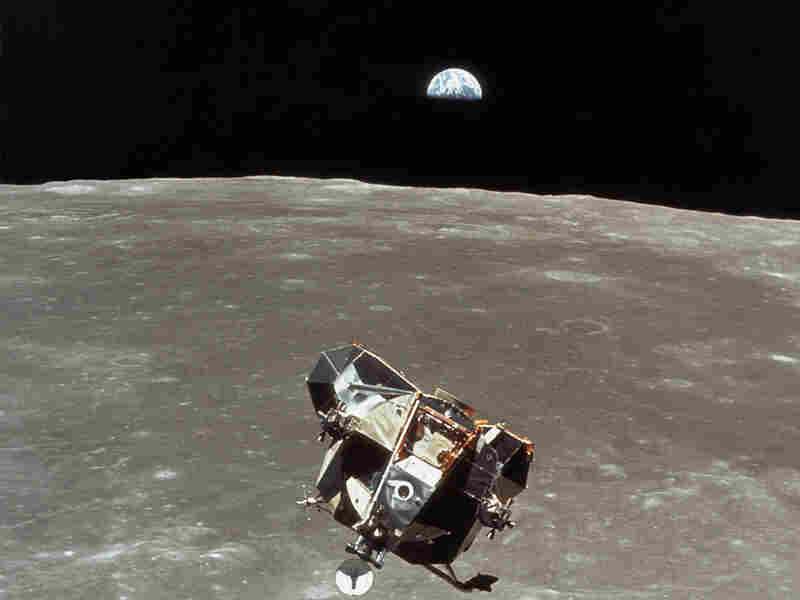 The lunar lander returns to the Apollo 11 shuttle after the first-ever moon landing in 1969. Science Frontiers/Stringer/Hulton Archive hide caption 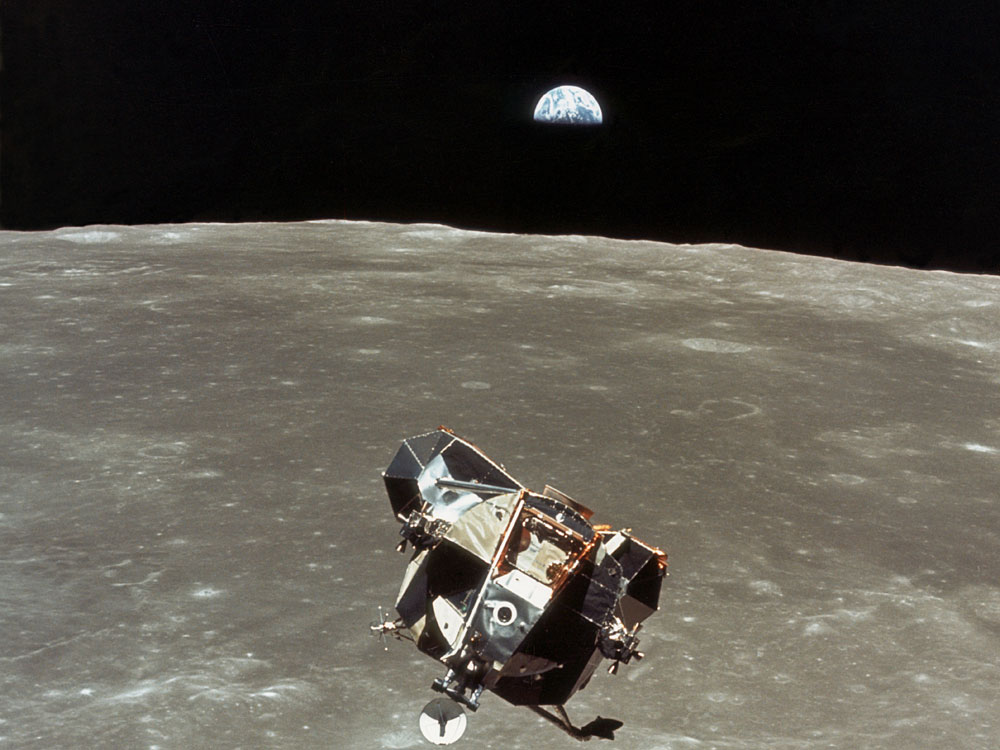 The lunar lander returns to the Apollo 11 shuttle after the first-ever moon landing in 1969.

NASA recently announced that a significant amount of water has been found on the moon, leading to speculation that we might someday populate our orbiting friend. The idea sounds far-fetched, but it's the type of thing science-fiction fans have been dreaming of for many years. In music, stories of space travel and extraterrestrials date back further than listeners may think.

The Industrial Revolution had a significant impact on allusions to space in music, says Sally Childs-Helton, an ethnomusicologist at Butler University.

"As soon as technology starting getting introduced, those aspects of technology started getting worked into songs," she says. "We have heard songs that date back to Tin Pan Alley and earlier, back to the turn of the 19th century. Songs about airships and things like that."

Ahead Of Its Time

A recording of a song called "Come Take a Trip in My Airship" dates all the way back to 1905, only two years after the Wright Brothers' historic flight at Kitty Hawk. This isn't surprising, according to Childs-Helton's husband, Barry Childs-Helton, who received his doctorate in folklore at Indiana University. He says that references to technology in popular culture are anticipating future innovations.

Though the references from "Come Take a Trip in My Airship" are ahead of their time, science fiction and fantasy in music can actually be traced back hundreds of years to old English and Scottish folk ballads, which reference supernatural beings. Barry Childs-Helton says those songs then evolved in the Appalachian Mountains where British immigrants settled.

"You do find themes that crop up in what was called hillbilly music," he says. "It keeps pace with technological development, and is very compatible with science-fictional ways of looking at the world."

The Meaning Of Monsters

Even Woody Guthrie wrote a song called "My Flying Saucer," though his saucers were a symbol for something more threatening, according to Sally Childs-Helton.

"Invasions from other planets are just code words for human warfare," she says. And we see that in the '50s with the Cold War; the monsters from outer space are standing in for communists."

But not everyone took the monster allusions seriously. A classic example is "Purple People Eater."

"In the 1950s, it was often comedic," Barry Childs-Helton says. "The alien winds up playing horn in a rock 'n' roll band."

As science fiction spread within music, fans began to share songs with one another, and the movement became known as Filk. It took its name from a 1950s article about these unusual songs, which misspelled "Folk" as "Filk." Bill Sutton is the president of Interfilk, an organization that helps fans and musicians attend Filk conventions. Sutton says otherworldly ideas in popular music, combined with excitement about the space program, made people believe that technology could save everything.

The Byrds had a huge hit with "My Spaceman" in 1967. A decade later, The Carpenters even jumped aboard with "Calling Occupants of Interplanetary Craft." By that time, entire genres — like progressive rock and space rock — had been inspired by the star gods. Brenda Sutton, who works with her husband, Bill, on the Interfilk project, says that mankind has also sent some inspiration back to the aliens.

"That musical reference was put onto the Voyager that went out into the universe carrying all of our songs and stories. I think it gave us great hope," she says. "Even if we truly screw it up here, there might be someplace to go."

Now that NASA has discovered significant amounts of water on the moon, the stories in Filk music seem a little less far-fetched. What will science fiction dream up next?