Accessibility links
Remembering Pianist Earl Wild Celebrated for his robust technique and rich tone, American pianist and composer Earl Wild died Saturday at age 94, after an eight-decade career. He performed for six American presidents and was the first pianist to give a solo recital on American television. 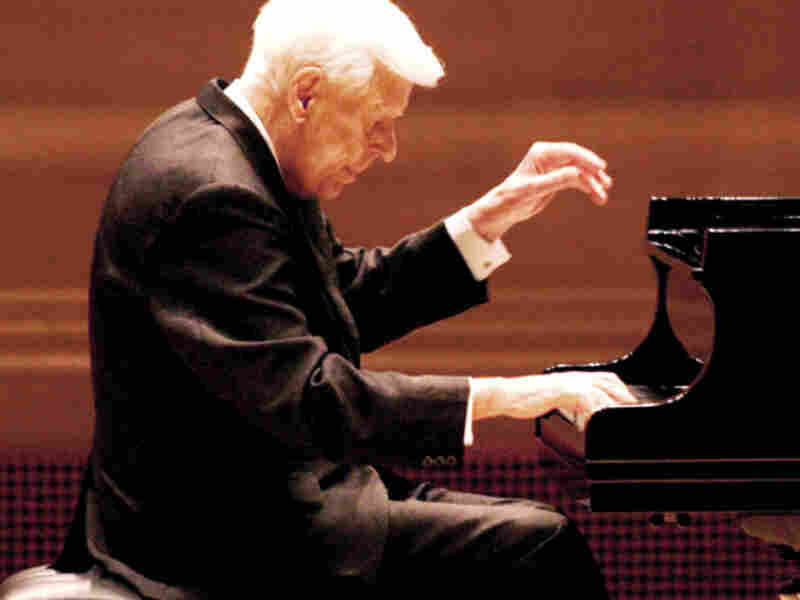 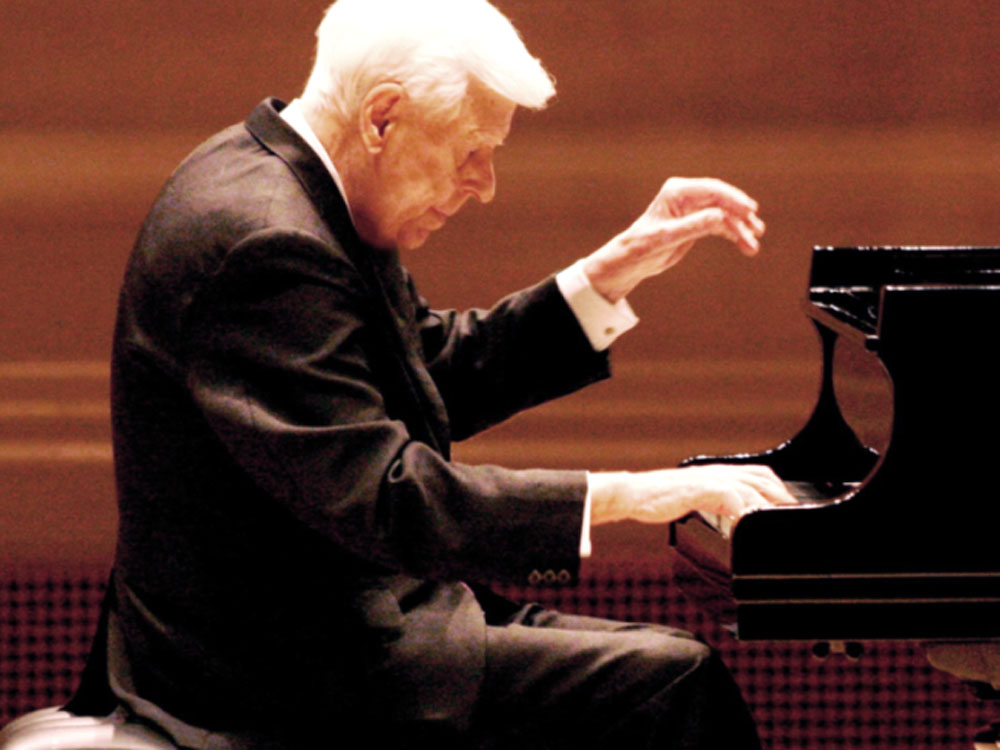 Wild was celebrated for his robust technique and rich tone, championing the sweepingly virtuosic music of Rachmaninoff (whom he knew personally) and Liszt. But his repertoire stretched to include Bach and contemporary pieces. He also won recognition for his many arrangements and transcriptions of songs and tunes by other composers.

Wild began playing piano and reading music at about age 4. While still a teenager, he performed with orchestras in his hometown of Pittsburgh, as well as New York, and in his early 20s signed on as the staff pianist of Toscanini's NBC Symphony Orchestra.

In 1939, Wild was the first pianist to give a solo recital on American television. He became a flutist in the U.S. Navy Band during WWII, and as a pianist, toured with first lady Eleanor Roosevelt, playing "The Star-Spangled Banner" at her war-time speeches.

Wild was active up until the end of his life, even working with one of his students a week before his death, according to his longtime companion and record producer Michael Rolland Davis.

Wild also taught at many prestigious institutions over the years, including the Juilliard School, Ohio State University and the Eastman School of Music. He continued to give concerts into his 90s, and released records on his own label, Ivory Classics, winning a Grammy in 1997 for Earl Wild: The Romantic Master.

On the occasion of his 90th birthday, Wild spoke with Performance Today host Fred Child (listen at the top of this page), saying that when it came time to die, he wished he could die on stage.

"After all, I was born a pianist and I'm going to die one," Wild said. "I have no presumption about anything else. That was my whole life. Anything that was music, I tried."

Wild had completed a book of his memoirs. It's scheduled to be published by Carnegie Mellon Press this year.