Accessibility links
Can Employers Do That? Turns Out, They Can: Exploring Workers' Rights Could you be fired for having a political bumper sticker on your car — or even having a beer after work? Lewis Maltby says it's more than possible — it's happened. His new book, Can They Do That? details the predicaments many workers find themselves in.

Listen
Can Bosses Do That? As It Turns Out, Yes They Can 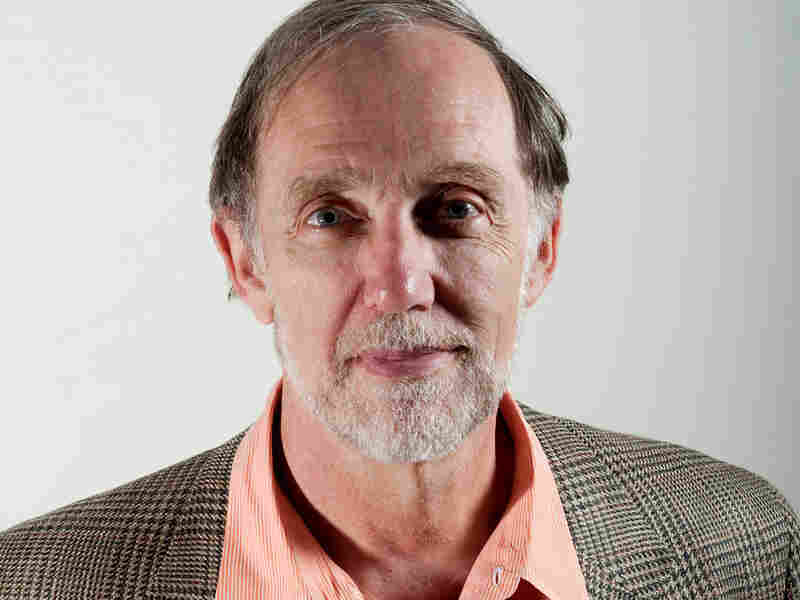 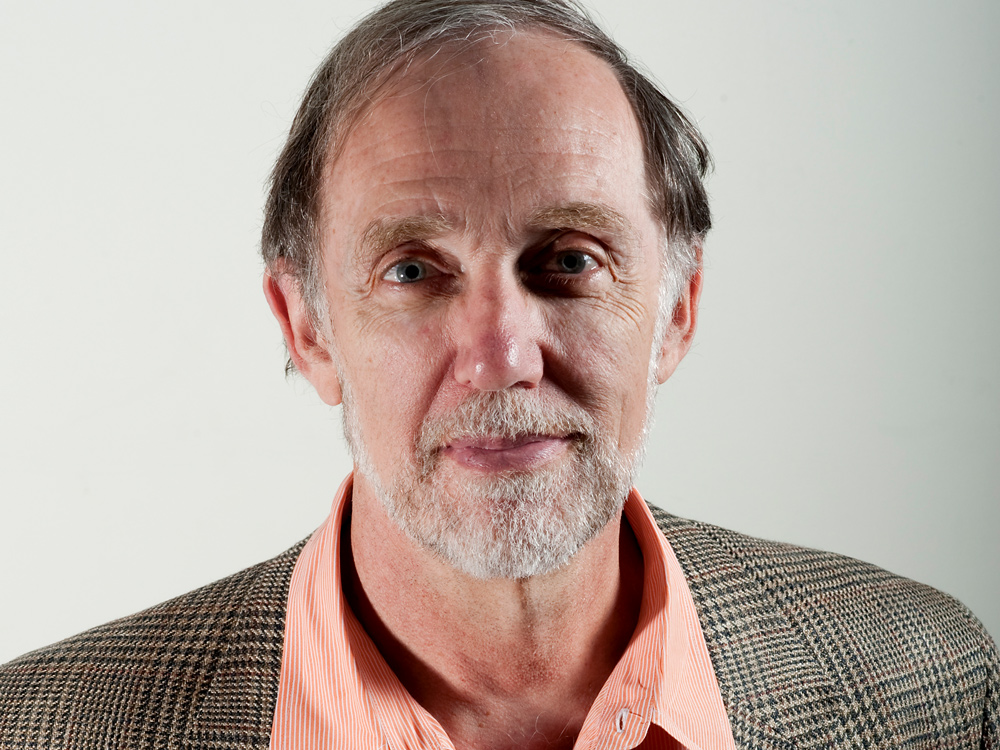 Did you know you could be fired for not removing a political sticker from your car — or even having a beer after work? Lewis Maltby says it's more than possible — it's happened. His new book, Can They Do That? explores rights in the workplace.

As he tells NPR's Ari Shapiro, "Freedom of speech is protected by the First Amendment — but only where the government is concerned.

"What most Americans generally don't know is that the Constitution doesn't apply to private corporations at all."

In terms of monitoring its employees, the list of things a corporation can't do is a short one — it's basically confined to eavesdropping on a personal oral conversation, Maltby said. "Anything else is open season."

Asked if workers can be fired for things they write on those sites, Maltby said, "Absolutely. Happens every day."

But not all snooping is meant to be malicious, Maltby said. For instance, a boss who suspects an employee might be about to quit, or is perhaps moonlighting for a competitor, might seek out the worker's personal blog.

The worker might not have been doing any of the things the boss had feared — instead, "your boss sees you blowing off steam about him, takes offense — and you get fired."

And workers have very little legal protection against being fired, said Maltby, who is also the president and founder of the National Workrights Institute.

"I've been getting calls from people for 20 years who've been abused in all sorts of ways," Maltby said. "When I tell them, 'Sorry, you don't have any legal rights,' they literally don't believe me," Maltby said.

Companies need the freedom to run their businesses the way they want — and fire people who are seen as doing a bad job. But, Maltby says, those decisions should be based on legitimate business rationale.

Asked how some practices can persist even though a majority of workers are against them, Maltby points to a key flaw in the job market: workers' need for stable income. The need to pay for things like a home mortgage or a child's education tends to complicate matters.

"It sounds nice in theory to say, 'Walk away, and look for another job,' " Maltby said. "But in practice, most people just can't take that risk. They just put up with it."

Excerpt: 'Can They Do That?' 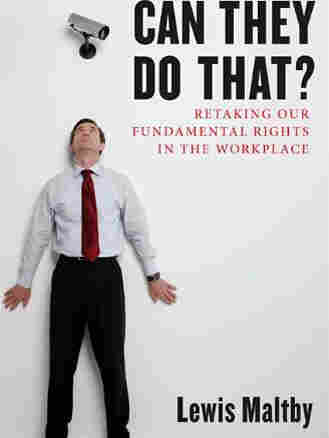 Lynne Gobbell was fired because her boss didn't like the bumper sticker on her car.

During the 2004 presidential election, Gobbell put a "Kerry for President" sticker on her bumper. When her boss saw it, he said Gobbell could "either work for John Kerry or work for me." Gobbell refused to take the sticker off her car and was immediately fired.

Gobbell fell into the black hole of human rights in the United States. The United States invented human rights. People in many countries can only dream about the freedoms we enjoy. In America, you can criticize any government official you want, including the president, even in rude or profane terms, without fear of punishment. Do the same thing in China, Russia, Iran, Kenya, or Guatemala, and you could wind up in prison or worse.

But Lynne Gobbell's freedom, and yours, disappears every morning when you go to work. The United States Constitution applies to the government, not to corporations. A private business, large or small, can legally ignore your freedom of speech. Where your employer is concerned, you have no such right.

Freedom of speech isn't the only right that disappears in the world of work. Privacy disappears too. If the government wants to tap your phone or read your e-mail, it needs to have evidence that you are doing something illegal. In most cases, it needs a court order. But employers routinely monitor telephone calls, e-mail, Web site visits, and virtually every other type of electronic communication.

This surveillance isn't limited to business-related matters; an e-mail you send to your spouse or doctor during your lunch break is just as likely to be read. When you bring your company-issued laptop in for updating or repair, the technician will probably look at anything that appears interesting. Even the contents of your home computer are at risk. Some employers, like Johnson County Community College, in Kansas, have gotten away even with installing hidden cameras in locker rooms and bathrooms.

Under the doctrine of employment at will, your boss can fire you for any reason, or no reason at all. Some employers use this power to control the private lives of their employees. Best Lock Company in Indiana fires workers for social drinking because its president believes drinking alcohol is a sin. Other companies, looking to curtail medical expenses, forbid employees from smoking in their own homes or engaging in risky hobbies like skiing.

You lose your rights before you even get a job. Many employers now conduct extensive investigations into prospective employees. If you've ever been arrested, you probably won't get the job, even if you weren't found guilty. If your credit history is spotty, it can cost you a job, even if the job has nothing to do with handling money. Other employers turn down people because of their driving record, even for jobs that don't involve driving. And even if your background is spotless, you can still lose the job because the information broker gets you mixed up with someone else with a similar name.

If you survive this gauntlet, the drug test is waiting for you. No sensible employer wants to hire a drug abuser, but drug tests can't tell if someone is an abuser, only that someone used drugs at some point in the past. If you've ever smoked marijuana at a party, you could be in for trouble. When your body metabolizes something you ingest, the chemicals it creates (called metabolites) stay in your body for days, or even weeks. Even if you've never touched drugs, you're not safe. Some employers use cheap tests that mistake Advil, Sudafed, NyQuil, and other over-the-counter medications for illegal drugs. Even if proper testing is used, labs often make mistakes. A study by the Centers for Disease Control found that 37 percent of drug test results were wrong; the samples labeled positive were actually clean. And don't count on having any privacy for the test; some employers have "urination monitors" watch everyone while they fill the cup to make sure nobody is cheating.

Finally there are the psychological tests. Some are designed to test your honesty. The only problem with those is that most of the people who fail are honest. Others ask about your sex life, religious beliefs, and other highly personal matters having nothing to do with your ability to do the job.

You may have already lost a job because of one of these pre-employment screenings without even knowing it. The law does not require employers to tell unsuccessful applicants why they weren't hired, and most employers don't. Some employers lie about why you weren't hired. The bottom line is, you'll never know why you were turned down.

As bad as things are, they are going to get worse. All new cell phones are now required by federal law to come equipped with the Global Positioning System (GPS). Some employers who issue company cell phones use this technology to track employees during their private lives, often in secret. Recently developed genetic tests allow employers to determine whether you carry the genes linked to breast cancer, Alzheimer's, and other serious illnesses. Employers are starting to use this knowledge to keep people out of the workforce to save money on corporate medical costs. Some biometric security systems, such as retina scans (which chart the blood vessels in your eye), reveal sensitive medical information such as whether you are diabetic, and facilitate identity theft.

Even in the few areas of employment where you do have legal rights, it can be nearly impossible to enforce them. Almost 20 percent of employers today require all employees to agree in advance not to go to court if the company violates their legal rights, and to take their dispute to a private arbitration system selected (and sometimes run) by the employer. If you don't agree, you don't get the job. Some of these programs are fair. But others are kangaroo courts in which employers may handpick the arbitrators and deny employees the right to have a lawyer, or whose rules don't require the arbitrator to follow the law.

Traditionally, employees who are being treated unfairly have been able to protect themselves by joining a union. Union contracts generally prohibit most of these abuses. But joining a union has become a dangerous undertaking. Over eight thousand employees are fired every year simply for trying to join one. Technically, this kind of firing is illegal, but the penalties are so trivial that employers just pay the fines and keep breaking the law.

There is something profoundly disturbing, almost schizophrenic, about our approach to human rights. We have fought wars, millions of us have served in the military, and several hundred thousand Americans have died, defending our country and protecting our freedom of speech and other rights. Yet we have created a legal system that leaves those rights in the wastebasket when we go to work.

We could have changed our laws to outlaw these abuses, but we haven't. A handful of states have enacted laws that prohibit employers from firing people because of their politics or putting video cameras in bathrooms. But in most states, all the abuses I've described are completely legal.

As of now, there isn't much you can do to protect yourself from these abuses, but there are some actions you can take, starting with learning more about the company before you accept a job. If you've already accepted the job, you may be able to learn more about the company's practices or even persuade your boss to modify the plan.

In the long run, however, the only answer is to change the law. There is no reason why we should have to give up our rights as American citizens to get a job. Employers that respect employee rights generally outperform competitors that abuse employees. This book will tell you more about how to protect yourself to the extent you can under existing law and how to help change the law to provide better protection for human rights.

Over two hundred years ago, Americans decided that they were no longer going to allow the government to violate their human rights. That decision was a milestone in human history. It is time to make another historic decision: our employers must respect our rights as well.

Excerpted from Can They Do That?: Retaking Our Fundamental Rights in the Workplace by Lewis Maltby by arrangement with Portfolio, a member of Penguin Group (USA) Inc. Copyright Lewis Maltby, 2009. 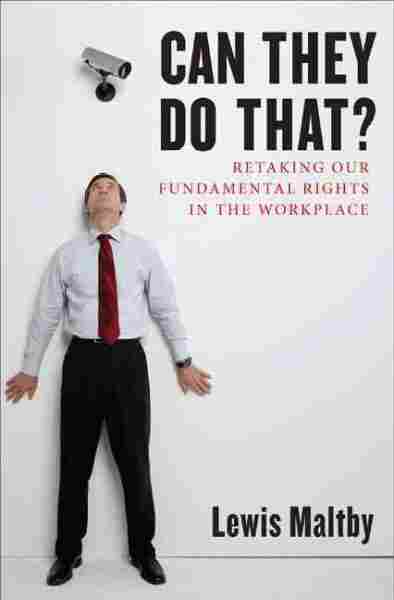 Can They Do That?

Retaking Our Fundamental Rights in the Workplace

Title
Can They Do That?
Subtitle
Retaking Our Fundamental Rights in the Workplace
Author
Lewis Maltby