Accessibility links
A 30-Million-Year-Old Virgin's Secret To Success The bdelloid rotifer, a tiny invertebrate, hasn't had sex for 30 million years — and you thought you had a long dry spell. But species that reproduce asexually don't usually last very long, so the big question is how the rotifer has gone without it for millennia. Scientists at the University of Iowa think they have an answer.

A 30-Million-Year-Old Virgin's Secret To Success 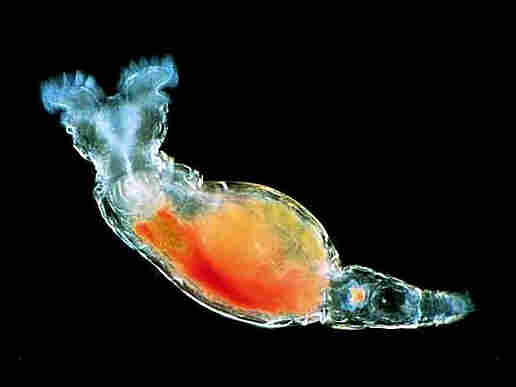 If sex is so great, how has the bdelloid rotifer been able to do without it for 30 million years? That's a puzzle scientists at Cornell University think they have an answer to.

But what is a bdelloid rotifer anyhow?

"They look like little worms," says evolutionary biologist Chris Wilson. "About half a millimeter long with two rotating electric toothbrush heads on top that spin and filter food out of the water into their little sort of vacuum-function mouth."

They're found all over the world, basically anywhere there's a drop or two of water. And as far as scientists can determine, they're all female.

The reason it's surprising they've done without sex is that most multi-cellular organisms reproduce sexually, even though from a biological perspective, there's a cost to sex. In fact, it would be much easier if you could reproduce on your own. 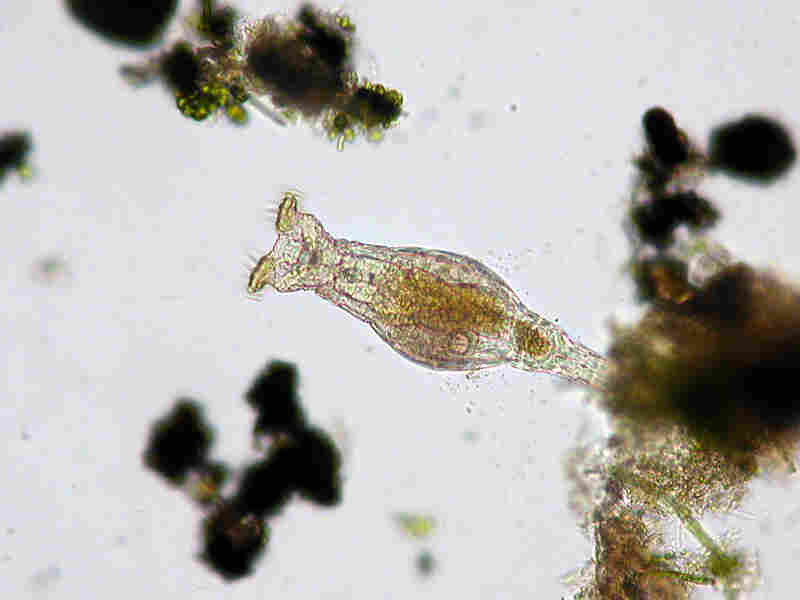 Bdelloid rotifers are about half a millimeter long, and can be found just about anywhere where there's water. Damian H. Zanette hide caption 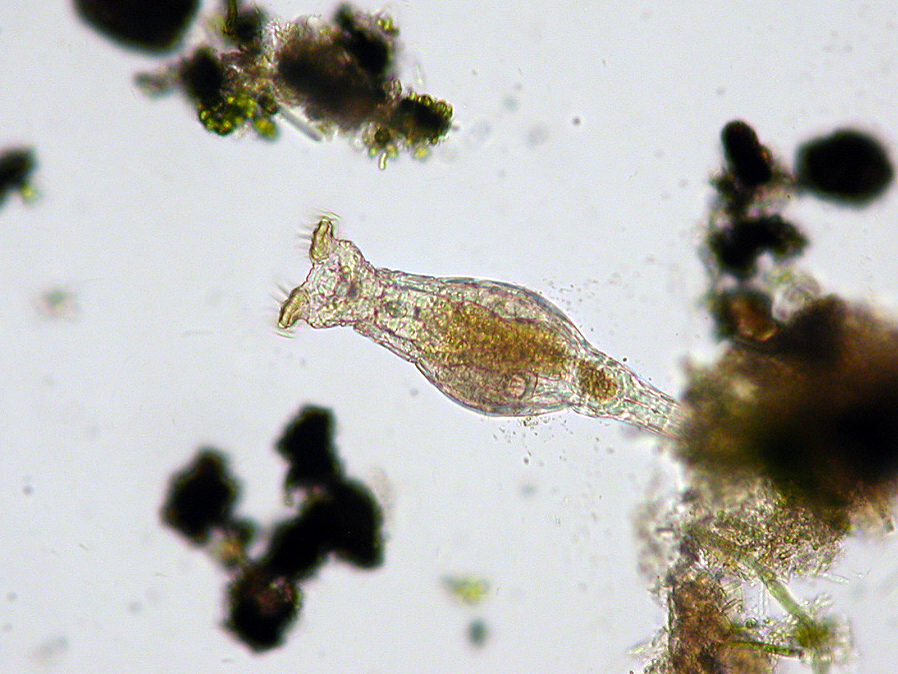 Bdelloid rotifers are about half a millimeter long, and can be found just about anywhere where there's water.

Another advantage of reproducing asexually is that your offspring are genetic copies of you. "Why would you mix up your genes at every generation when, in fact, you can pass 100 percent of your genes on every single time?" asks Logsdon.

"What we get is females sort of voluntarily submitting their genes to this random lottery," says Wilson. "Where only half of them end up in an offspring and half of them come from the sperm of some unrelated male, who really in many species contribute very little else."

Many scientists think one key advantage of sex is avoiding disease. Sexual reproduction brings in new genes. And that can make a species hardier and more resistant to deadly microbes.

So how does the bdelloid rotifer get away without sex? As Wilson describes in the current issue of Science magazine, the rotifer has a remarkable defense.

"They enter a state called anhydrobiosis," he says. "That's life without water, and they essentially become little inanimate dust particles."

There's a fungus that likes to attack the rotifer. But when it's in this desiccated state, there's nothing for the fungus to eat. And because it's now nothing but dust, it can blow away with the wind, with luck landing in a new, fungus-free pond.

"By playing a game of hide and seek with the parasites, [and] constantly moving to new habitats, the rotifers can outrun their parasites without needing the variation that sex would provide," says Wilson.

Is There A Male Rotifer Somewhere Out There?

Biologist John Logsdon isn't totally convinced that bdelloid rotifers never have sex. "Absence of evidence is not evidence of absence," he says.

In other words, just because nobody's ever seen a male rotifer, that's not proof they don't exist. Maybe they show up so rarely researchers just haven't been patient enough. Or maybe they don't like being watched.

So maybe someday, sometime, somewhere, a bdelloid rotifer will meet Mr. Right after all.