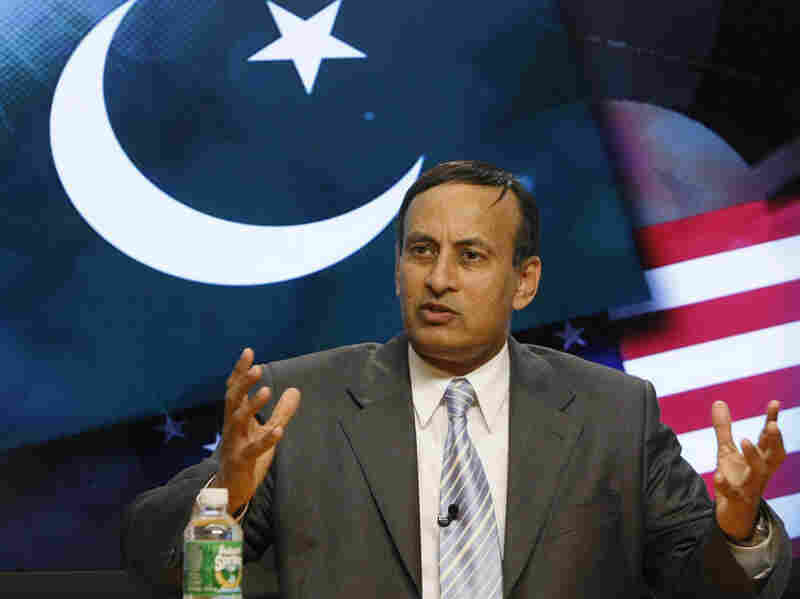 Husain Haqqani, the Pakistani ambassador to the U.S., says he believes the U.S. won't walk away from Afghanistan. Gerald Herbert/AP hide caption 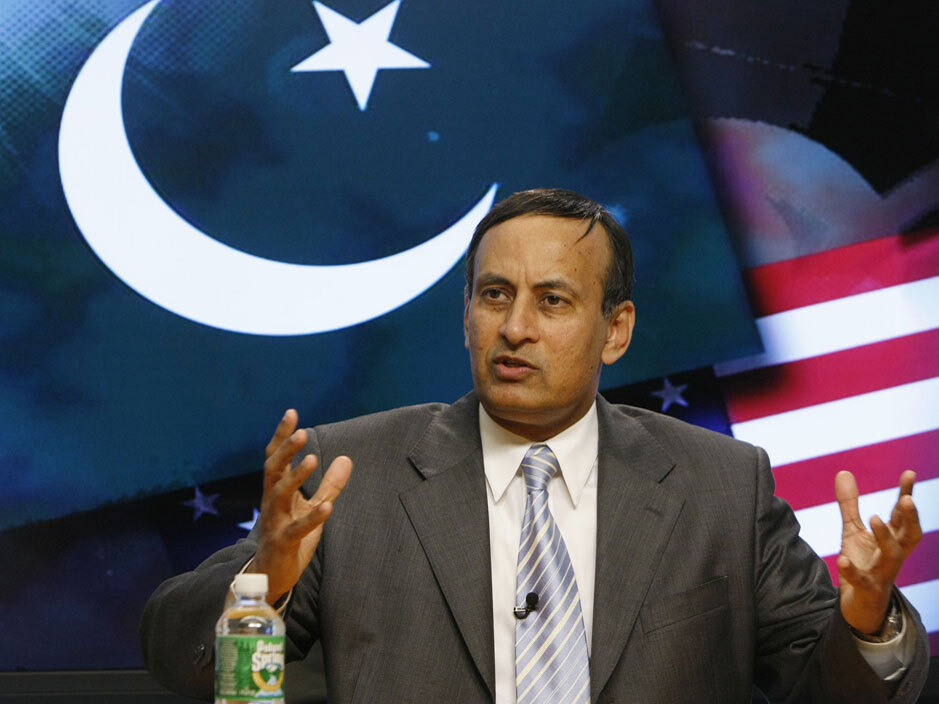 Husain Haqqani, the Pakistani ambassador to the U.S., says he believes the U.S. won't walk away from Afghanistan.

Pakistan's ambassador to Washington said his country would rather have technical expertise with which it can combat militants on its border with Afghanistan than have the U.S. fire missiles into Pakistani territory.

"Pakistan prefers to do everything on the Pakistani side of the border itself," Ambassador Husain Haqqani told NPR's Robert Siegel. "And the reason is very simple: We have a military capability in certain areas and in some areas we lack certain technical capabilities and we would like that technical capabilities for ourselves."

Pakistani public opinion against U.S. missile strikes by unmanned drones is high. Although the strikes have killed several top militant leaders, civilian casualties have also been claimed. Haqqani said the U.S. and Pakistan governments understand the need to deal with those who pose a threat to global peace and security.

But, he said, "You must also understand that when you have unmanned aerial vehicles drop missiles, taking out people, and it infuriates public opinion, then obviously the Pakistani government has to stand by Pakistani public opinion."

Security along the Afghan-Pakistan border is the major concern of a conference under way in London. Afghan President Hamid Karzai, who is attending the conference, unveiled Thursday a plan to woo Taliban fighters away from the insurgency. But many al-Qaida militants are based in Pakistan, where the Pakistani military has said it can't stage any new offensive for six months to a year.

"I think we have a shared frustration that the Taliban and al-Qaida move between the mountainous regions of Pakistan and Afghanistan and manage to have the support of some of the people living there," Haqqani said, adding his country was committed to fighting the militants.

Haqqani also said he believes that whatever the outcome of the war against al-Qaida, the U.S. won't abandon Afghanistan to its own devices the way it did after the defeat of the Soviet Union in the 1980s.

"My understanding from interactions with senior officials in the United States is that the Obama administration does not wish to walk away from Afghanistan, that it understands the cost of doing so and that nobody wants a Central Asian Somalia or a failed state as a legacy," he said. "After all, they don't want anybody plotting and planning attacks against America sitting in Afghanistan."