Accessibility links
50 Years Later, North Carolina Sit-In Site Becomes Museum Fifty years ago, on Feb. 1, four black college students sat down at a whites-only Woolworth's lunch counter in Greensboro, N.C., and asked to be served. Their action sparked a movement that helped lead to the integration of public places. Now the building that housed that lunch counter is a civil rights museum, opening Feb. 1. 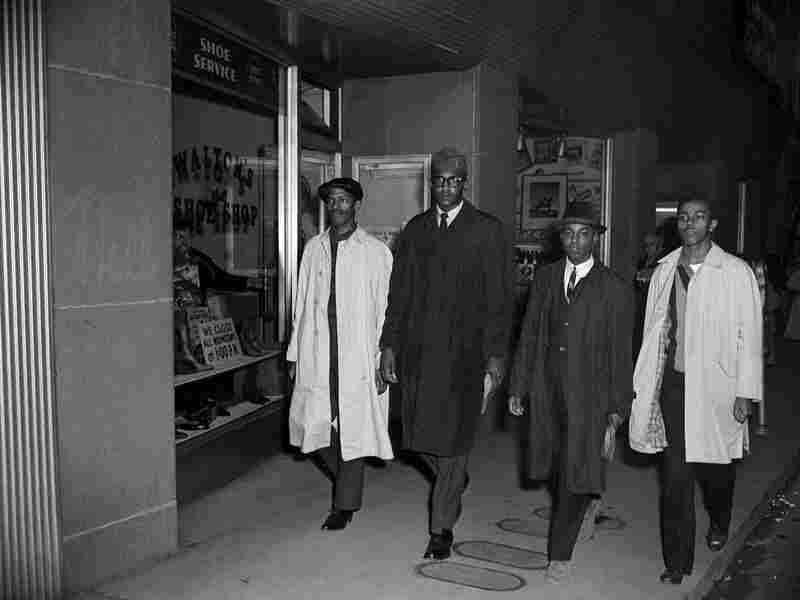 The four original participants in the Woolworth's lunch counter sit-in walk down the street after leaving the lunch counter on Feb. 1, 1960. The Woolworth's sit-ins continued for months and inspired sit-ins across the country, which helped change public opinion and led to the end of segregation. Jack Moebes/Corbis hide caption

Fifty years ago, on Feb. 1, four black college students sat down at a whites-only Woolworth's lunch counter in Greensboro, N.C. The "Greensboro Four," along with friends and supporters, returned to the counter every day for six months until the lunch counter was desegregated.

Their determination to resist Jim Crow laws inspired thousands of peaceful sit-ins and helped to end official segregation in the South. On Monday, in the same building that once housed the Woolworth's store, the International Civil Rights Center & Museum opens.

More Than Just A Lunch Counter

In the museum, the original room that housed the Woolworth's lunch counter has been essentially left intact. A row of metal stools with red and green vinyl cushions accompanies a black counter that stretches across the whole room. This is where the young men sat and asked to be served just as white customers were. And so for a lot of people today, it is more than just a lunch counter.

"We feel that this place here and this entire building is holy ground," says Skip Alston, Guilford County commissioner. "What took place here on Feb. 1, 1960, was very holy and ordained."

Alston's expression is somber as he describes how back in 1994, this downtown building was on the verge of demolition. He and his friend Earl Jones, then a city councilman, decided to buy the dusty, abandoned store and turn it into a civil rights museum. 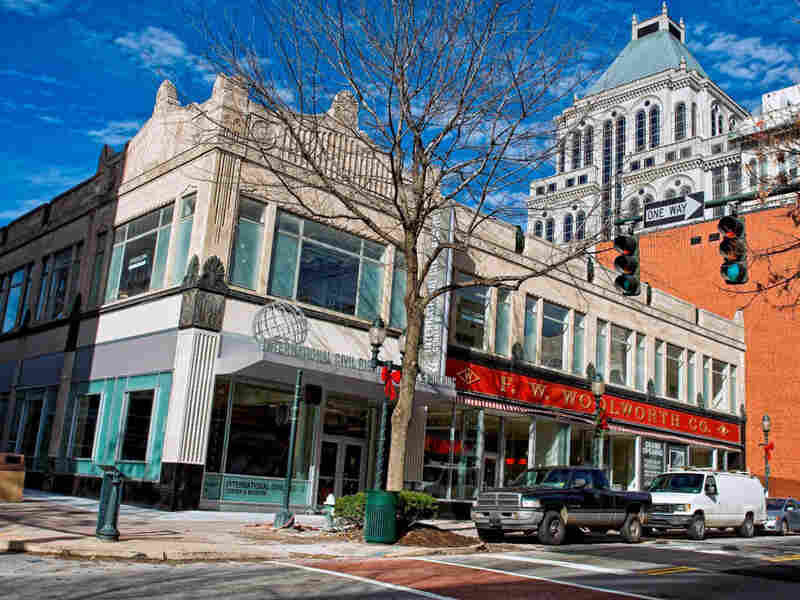 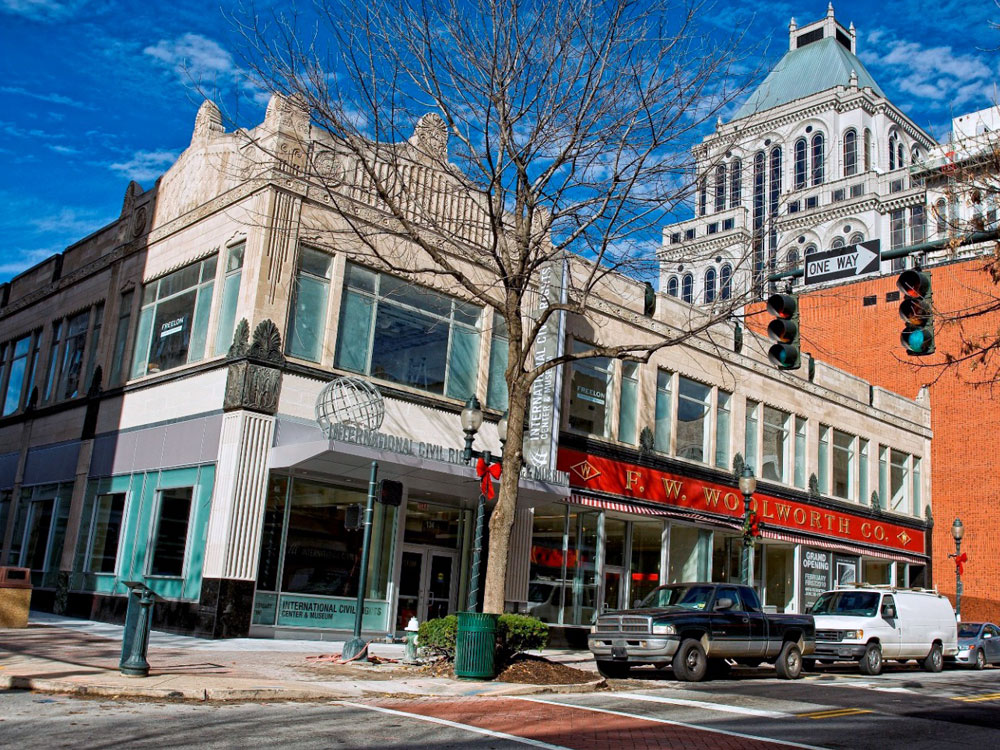 The International Civil Rights Center & Museum opens Monday and occupies the same building in Greensboro, N.C., where the Woolworth's sit-ins began exactly 50 years ago, on Feb. 1, 1960.

"When it comes to Jim Crow and Southern segregation and the horror of it," Jones says, "some people want to have amnesia and want to forget, don't want to be reminded."

'Big Targets On Their Backs'

Alston agrees. "We knew that it wasn't going to be easy," he says. "And we knew that some people who didn't want people sitting down at this lunch counter in 1960, they still were around."

Alston and Jones were controversial figures in Greensboro. As leaders of the local NAACP, they frequently took stands that alienated some white residents. After buying the building, they needed to raise about $10 million to renovate it. But former Greensboro Mayor Keith Holliday says they got almost no community support.

"Believe me, they had big targets on their backs," Holliday says. "And people were constantly throwing rocks their way through criticism of various projects they were working on. So naturally when they came onto this idea, it was met with resistance."

While some money did trickle in, it wasn't enough to fund major renovations of the building. And six years later, it still sat as an empty and abandoned eyesore in the center of downtown Greensboro.

In 2000, voters rejected a $3.1 million bond for the project. Four years later, the museum's board hired Amelia Parker to head the museum and help it become an affiliate of the Smithsonian. Parker says the same year, workers made a startling discovery — there was a small creek running through the building's foundation.

[The museum] exists because there was the time that we don't want to go back to. And it also represents a kind of beacon for what's possible, and it says to people that all sorts of good things are possible if people work together and respect each other.

"And a museum cannot have that kind of condition," Parker says. "And so we had to stop everything and start again from the beginning."

Fixing the foundation cost millions of dollars. And the opening date was postponed indefinitely. Two years later, Greensboro voters again rejected a bond issue for the museum. It wasn't until last year — when the museum was able to sell $10 million worth of tax credits — that project leaders knew they had the funding to open on the 50th anniversary of the Woolworth's sit-in.

That means a lot to Franklin McCain, one of the participants in the sit-in half a century ago.

"This museum exists because there was the time that we don't want to go back to," McCain says. "And it also represents a kind of beacon for what's possible and it says to people that all sorts of good things are possible if people work together and respect each other."

McCain will be one of the guests of honor at a ribbon-cutting ceremony at the building Monday. It's now called the International Civil Rights Center & Museum. After the ceremony, it will open to the public for tours of exhibits depicting life under Jim Crow, the power of civil disobedience, and, of course, the famous lunch counter that played a key role in this country's civil rights movement.