Accessibility links
Clinton: Military Action Isn't Enough In Afghanistan U.S. Secretary of State Hillary Clinton tells NPR that efforts to end the war in Afghanistan must be accompanied by a plan to reintegrate Taliban fighters, though she acknowledges that approach won't work with the group's top leadership. She says the evolving reconciliation process "will be a little like jazz ... you can't lay it out completely." 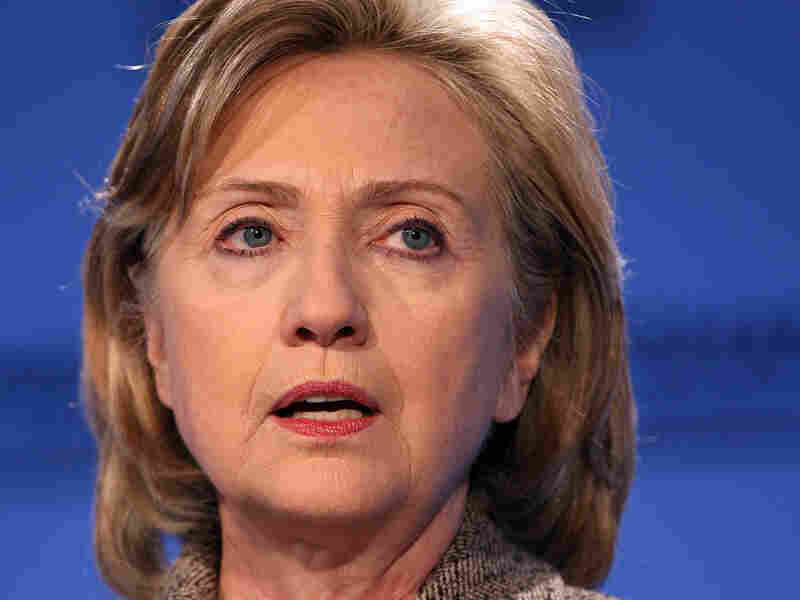 U.S. Secretary of State Hillary Clinton was in London on Friday attending an international conference on Afghanistan. She later flew to Paris to deliver a speech on European security. Dan Kitwood/Getty Images hide caption 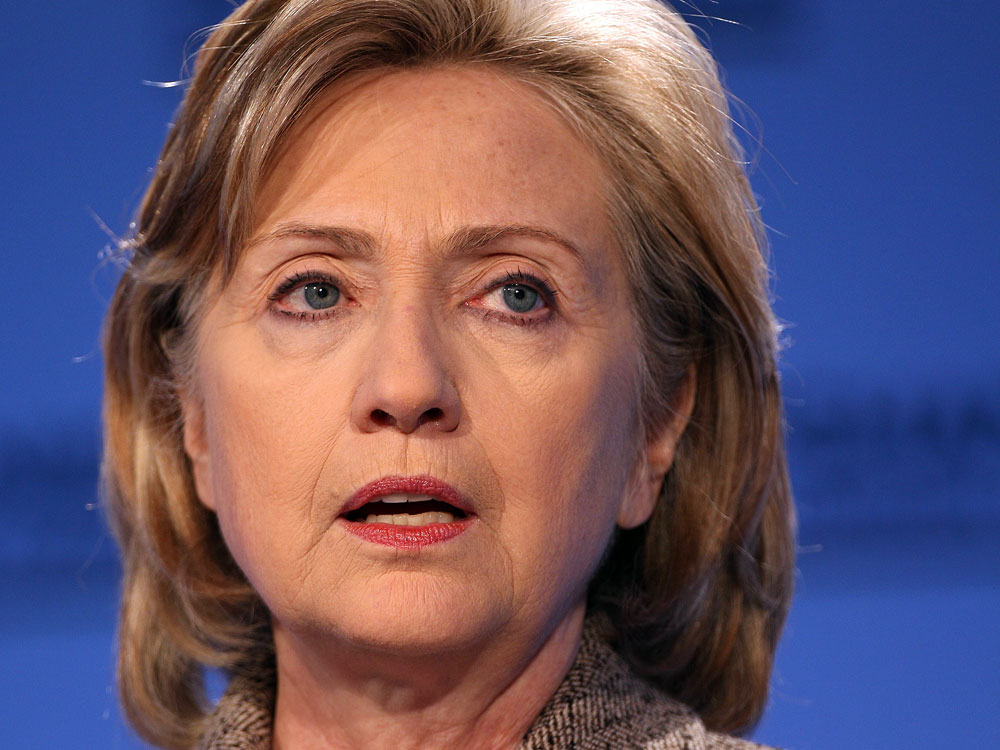 U.S. Secretary of State Hillary Clinton was in London on Friday attending an international conference on Afghanistan. She later flew to Paris to deliver a speech on European security.

U.S. Secretary of State Hillary Clinton says military efforts to end the eight-year conflict in Afghanistan must be accompanied by a plan to reintegrate Taliban fighters, though she acknowledges that approach won't work with the militant group's top leadership.

"Military action is not enough alone," she tells NPR's Renee Montagne during an interview in London, where Clinton attended an international conference on Afghanistan.

Most modern conflicts don't end with a victory on the field of battle, she notes, so political and development work is essential.

"I think everyone has realized, as we did in Iraq, that you have to begin to go right at the insurgents and peel those off who are willing to renounce violence, renounce al-Qaida, agree to live by the laws and constitution of Afghanistan and re-enter society," Clinton says.

"That is not going to happen with [Taliban chief] Mullah Omar and the like," she adds. "But there are so many fighters in the Taliban that are there, frankly, because it's a way to make a living in a country where the Taliban pay them more than they can make as a farmer or in some other line of work out in the countryside."

You have to have a very tough-minded attitude about this. This is not sweetness and light.

Clinton's remarks come a day after Afghan President Hamid Karzai told the more than 60 nations at the conference that he planned to convene a jirga, or peace council, and invite low-level Taliban militants and "disenchanted brothers who are not part of al-Qaida or other terrorist networks."

President Obama is sending 30,000 troops to join the 70,000 U.S. forces already in Afghanistan in hopes of quashing the Taliban insurgency and persuading the group to renounce ties to al-Qaida.

There has already been some progress on reintegration, says Clinton, who told PBS this week that she was giving serious thought to leaving her post as secretary of state at the end of 2012.

"There already have been Taliban who have left," she says, adding that how the reconciliation process evolves "will be a little bit like jazz ... we can't lay it out completely."

Clinton insists, however, that the shift in policy toward accommodation of some fighters doesn't constitute an exit strategy; instead, it is one element of a comprehensive plan.

"You have to have a very tough-minded attitude about this. This is not sweetness and light," the secretary of state notes. "You're dealing with a very difficult, complex phenomenon."

Concern Over Impact On Afghan Women

Long a champion of women's rights, Clinton acknowledged some uneasiness over what effect bringing back former Taliban might have on Afghan women.

"I am concerned, and I have spoken about it with a number of Afghan women and advocates for Afghan women," she said. "I don't think there's cause for alarm ... so long as there is enough power in the state and through the new Afghan security forces to make sure there's never a resurgence of the Taliban that could come close to taking over large parts of the country."

The only way Afghanistan will develop as a country is if women are allowed to participate fully, she adds.

In response to Karzai's recent remarks that he expects Western troops to be in Afghanistan for the next decade, Clinton says she doesn't think "most Western troops will be in a combat role."

"It won't be like today, where we are putting in thousands more troops, 30,000 from our own and from other countries," she says.

Clinton later flew to Paris for talks with French President Nicolas Sarkozy and delivered a speech in which she underscored the Obama administration's commitment to ensuring European security.