Accessibility links
When Daddy's Little Girl Just Won't Let Go In three newish films — Edge of Darkness, Creation, and The Lovely Bones — three desperate fathers are haunted by their dead daughters. That made critic Bob Mondello wonder: What in the world is that about? 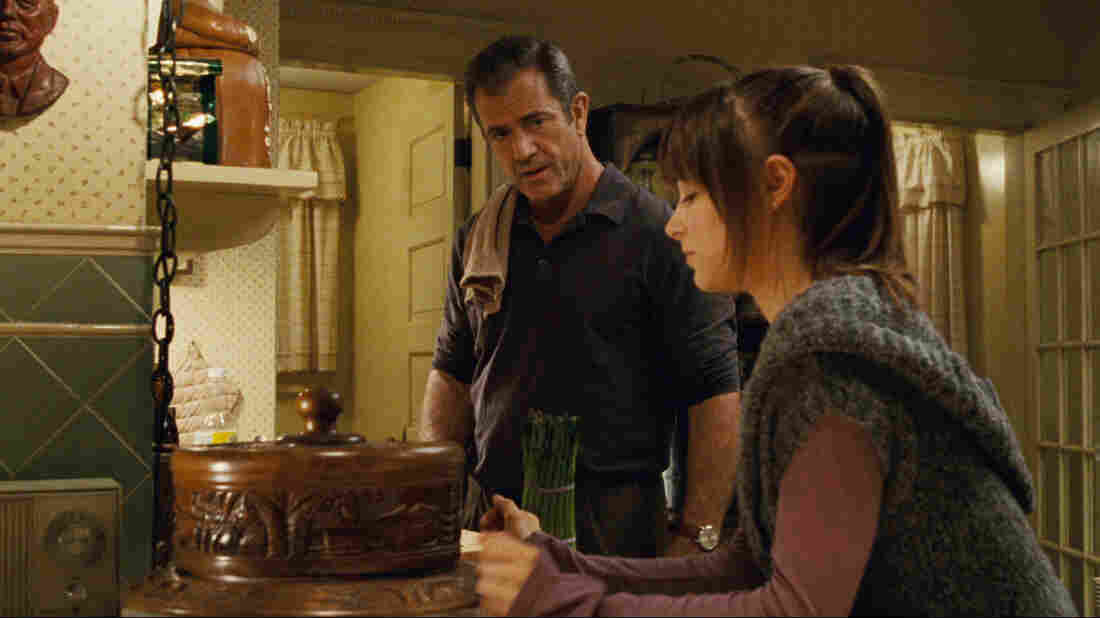 Daughters, daughters everywhere, and boy, I need a drink. 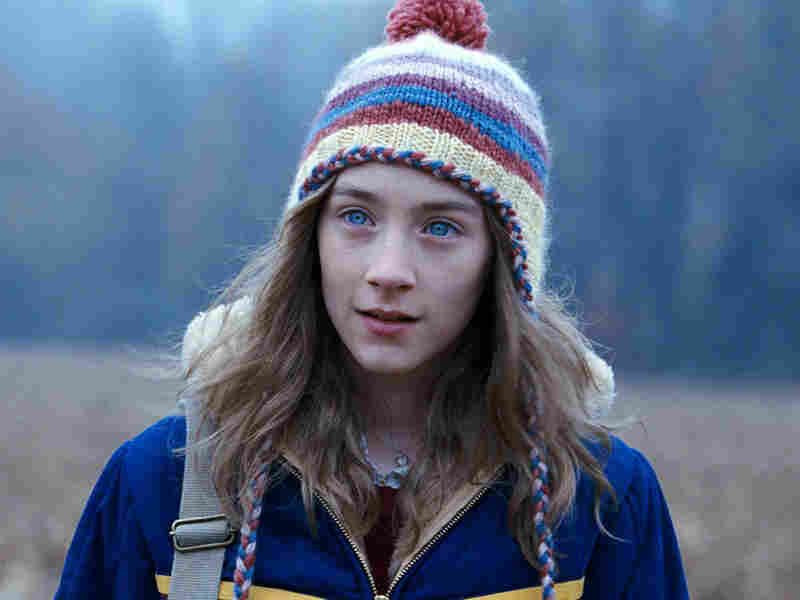 Role Reversal: In The Lovely Bones, the ghost of Susie Salmon (Saoirse Ronan) watches over her father, guiding his footsteps toward her murderer. DreamWorks Studios hide caption

And that's simply not the sort of trick that can pop up in three movies in a single month and not be annoying.

Mind you, there are other reasons to be annoyed with the flaccid new thriller The Edge of Darkness. (Mel Gibson's in it, for one thing.) But when Daddy's little girl, trying to get out of harm's way, instead gets killed on his doorstep — and then starts talking to him from beyond the grave, all I could think was, didn't I just see this? What about little Susie in The Lovely Bones, who swooped back from the afterlife to try to contact her dad to tell him who'd killed her? And Susie already had ghostly company in the historical drama Creation, where little Annie Darwin popped up spectrally in her father's study to help him with his book On the Origin of Species.

Now, you'll note that the girls are only talking to their dads here. Mothers mostly get sidelined in these adult ghost stories, for reasons that would probably fascinate Freud. In Creation, much against mom's wishes, Dad spirits Annie away for useless medical treatment. In The Lovely Bones, Mom runs away and lets Dad face their daughter's death alone. And Edge of Darkness? Well, being a Mel Gibson movie, it just has no use for moms at all. 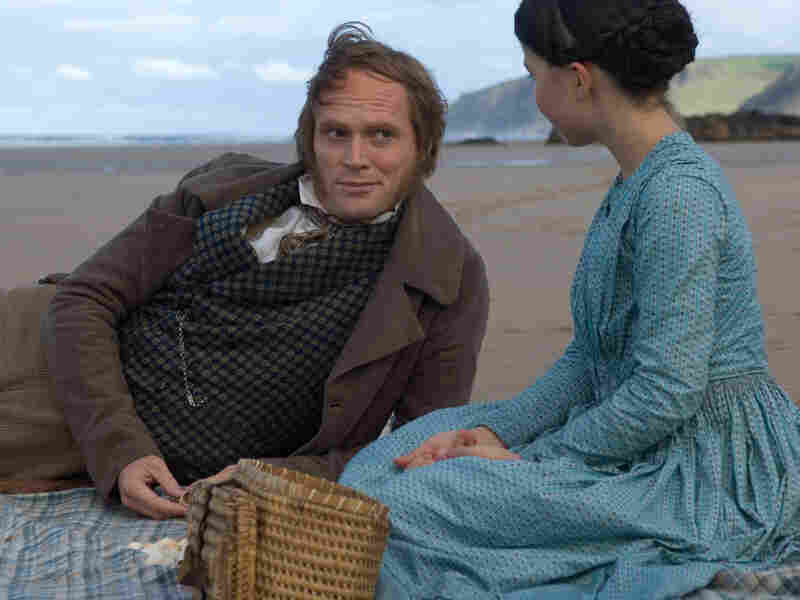 On The Importance Of Offspring: In Creation, Charles Darwin's recently deceased daughter (Martha West, with Paul Bettany) haunts his study and encourages him to finish his landmark book On the Origin of Species. Liam Daniel/Newmarket Films hide caption 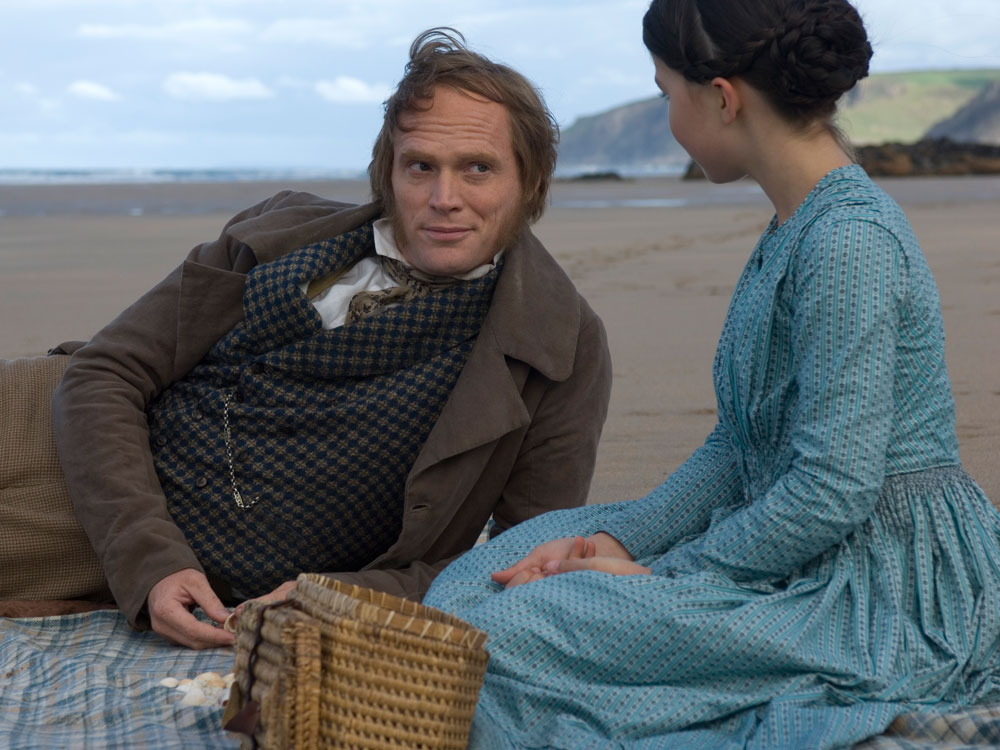 On The Importance Of Offspring: In Creation, Charles Darwin's recently deceased daughter (Martha West, with Paul Bettany) haunts his study and encourages him to finish his landmark book On the Origin of Species.

So in each case — and remember, these aren't horror flicks, they're allegedly serious dramas about real life — Daddy's little girl stays Daddy's little girl. Which is what, wish fulfillment? Daughters who don't grow up and move away? Who are forever young, forever adorable, and forever needing their fathers — if only to catch their killers?

Ghosts in fiction have been assisting those they left behind for a while, of course. Shakespeare brought Hamlet's deceased dad back from the grave to identify his killer. Patrick Swayze came back in the movie Ghost to save Demi Moore.

But this ghost-daughter thing feels different — as if Hollywood's dream factory is stuck in nightmare mode, but still wants to offer uplift. Do fathers feel vulnerable right now, as news broadcasts trumpet terrorist threats and an economic downturn? Sure they do. What parent doesn't worry about being able to protect, to provide for?

So after scaring dads half to death, what bone does Hollywood throw them? The thought that at least if the worst happens, their kids will come back to haunt them.

Daughters, daughters everywhere. And I could still use that drink.