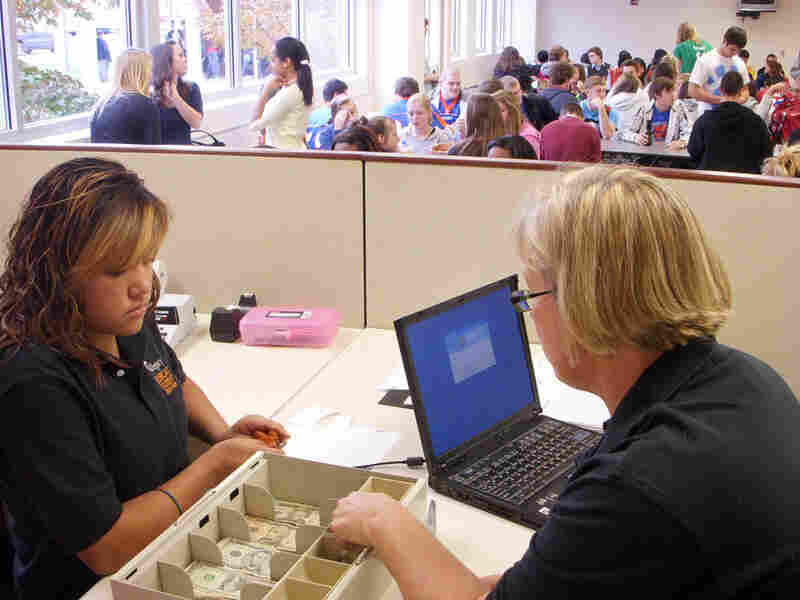 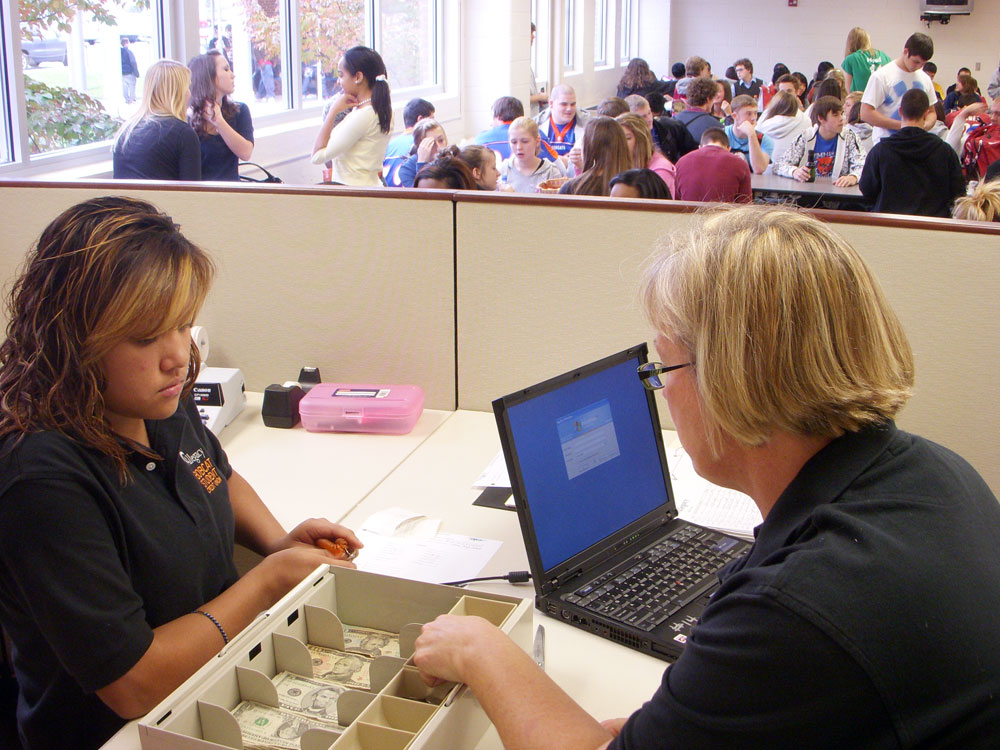 The recession has highlighted just how little some Americans understand personal finance, presenting an opportunity to start changing the way the young learn about money.

Some credit unions want to play an increasing role in teaching that curriculum.

A recent 10-year survey conducted by Finesse Financial found that 86 percent of Americans don't know whether they're on track to retire comfortably. And 43 percent said they spend more than they make each month.

Glenda Head, a high school business teacher, is working to change those kinds of statistics.

It's 11:30 a.m. and Head is walking to the lunchroom at R.B. Glenn High School near Winston-Salem, N.C. Once there, she helps two of her students open the school's branch of Allegacy Federal Credit Union. It's one of four the nonprofit organization has started at area high schools.

"[Students] have to sign into a safe log where we sign in and out every day," Head says. "So the beginning balance and the ending balance is confirmed."

Soon, the day's first customer approaches the counter to withdraw $15 from her checking account.

One of the two tellers working today is 17-year-old Austin Dodd. He says the class that goes along with this hands-on experience is already paying off for him.

"I'm actually saving up money now," Dodd says. "And if I wouldn't have got into this, I'd probably be spending my money as soon as I'd get it."

In the class, Dodd and his classmates are introduced to credit scores, the stock market and mortgages. They learn about fixed-rate mortgages versus adjustable-rate ones, why the 15-year mortgage might be a better deal than the 30-year mortgage and the importance of making extra payments.

Getting young people involved with credit unions is not a new idea. According to the Credit Union National Association, there were more than 700 branches in schools and youth clubs in 34 states last year. What has changed is the pace of growth. Since 2007, the number of these has increased by one-third.

"Student-run credit unions are fabulous," says Laura Levine, head of the Washington, D.C.-based Jump$tart Coalition. Its mission is to get kids thinking about money matters as early as kindergarten. And her job is getting easier.

She says the recession has sparked a dialogue about teaching kids a very basic life skill — which she says was once routinely taught.

While most people who learn about the student-run credit unions seem to like the idea, Sandy Wheat, executive director of the North Carolina Council on Economic Education, says they won't solve financial illiteracy. The credit unions are used by only a tiny fraction of high school students, she says, and implementing such programs nationwide poses big challenges.

"The idea of bringing in banking services to them," Wheat says, "is a little bit of a far-fetched notion when they're not even performing to grade-level expectations in their reading and math skills."

Funding the programs may be unrealistic at a time when school budgets are so tight, Wheat says. But she says the more young people can learn about money in school, the better their chances of avoiding the financial pitfalls so many adults are facing today.