Accessibility links
How To FedEx A Panda The star resident of the National Zoo is leaving Washington next week. Four-year-old Tai Shan will board the "FedEx Panda Express" to Chengdu, China. Where will they find a mailer large enough for him? 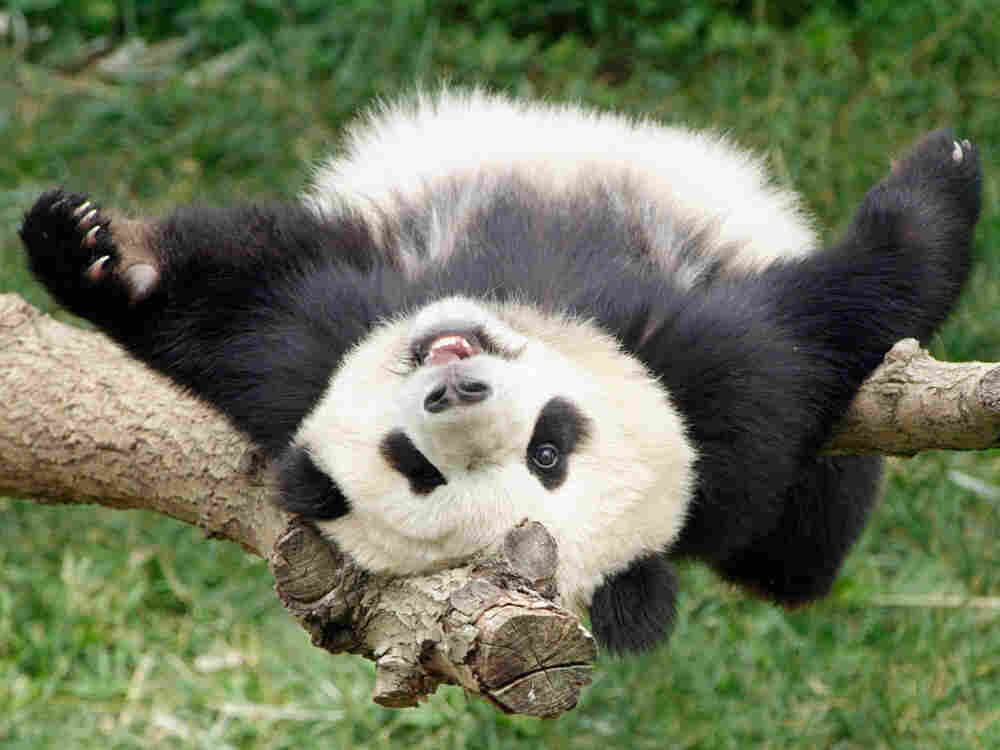 Tai Shan on his first birthday. The panda was conceived in 2005 through artificial insemination in a procedure performed by National Zoo scientists and veterinarians. Ann Batdorf/Smithsonian Institution via AP hide caption

The star resident of the National Zoo is leaving Washington next week. Four-year-old Tai Shan will board the "FedEx Panda Express" to Chengdu, China.

On Thursday, Tai Shan will load himself into a large steel crate — he's been trained to do it on command — and be taken to a Boeing 777 freighter waiting for him at Dulles International Airport. From there, it's a nonstop, 14 1/2-hour flight to Chengdu. 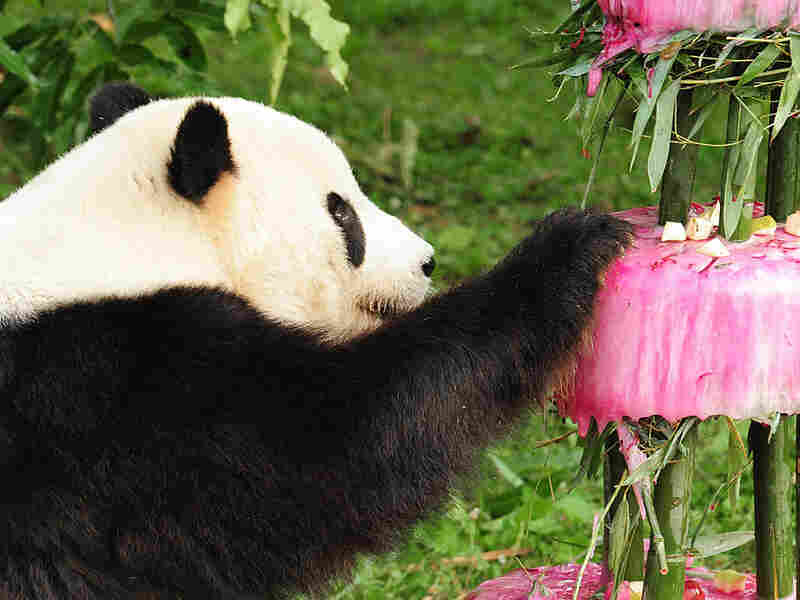 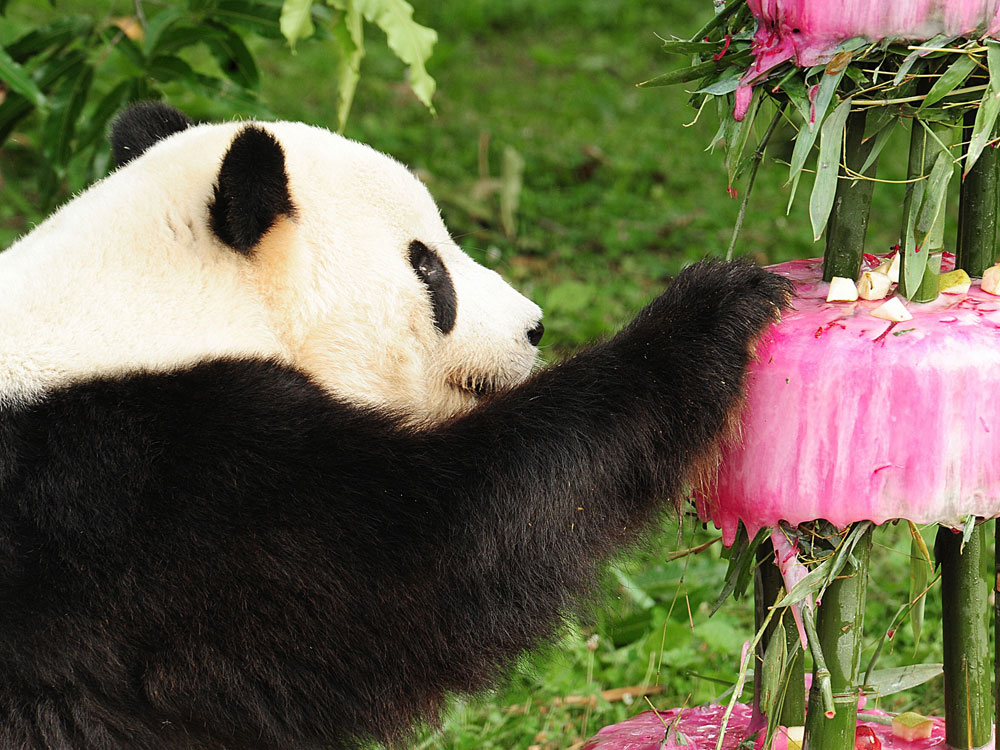 Tai Shan tears into a bamboo-and-beet birthday cake on his fourth birthday. His name means "peaceful mountain" in Chinese.

He's not the first panda to be FedExed; the company brought Tai Shan's parents, Mei Xiang and Tian Tian, to the United States in 2000. Nor will he be traveling alone — Mei Lan, a 3-year-old panda from Atlanta, will be sharing the flight.

"We've had a good, cooperative relationship with FedEx. They often ship animals safely for us," says Donald Moore, the associate director at the National Zoo's Office of Animal Care. The company is even shipping the pandas free, Moore tells NPR's Audie Cornish.

Zoo officials announced in December that Tai Shan would be sent to China for breeding. He has been one of the biggest attractions at the zoo since his birth in 2005, but he is the property of China.

All giant pandas outside China are actually on loan from the country. The panda is China's national symbol, and the nation's semi-official "panda diplomacy" — lending pandas abroad as a sign of goodwill — goes back to the days of the Cold War.

Once Tai Shan lands in Chengdu, he'll be under the care of China's panda breeding centers, Moore says. "He'll help to save his own species."