Accessibility links
Advertisers Push Nielsen To Count Online Viewers Commercial TV has one central objective: to make money. The popularity of programs is closely monitored so advertising prices can be set. But the TV monitoring agency Nielsen is having trouble keeping up with viewers as they flock online to watch their shows. 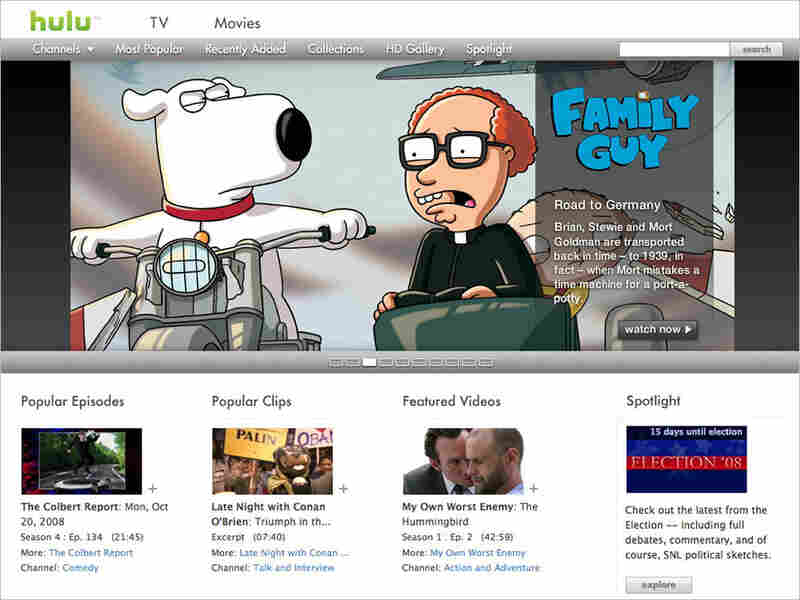 Millions of viewers watch television shows at the Internet video site Hulu each month, yet these viewers are not counted in the traditional Nielsen television ratings. Hulu hide caption 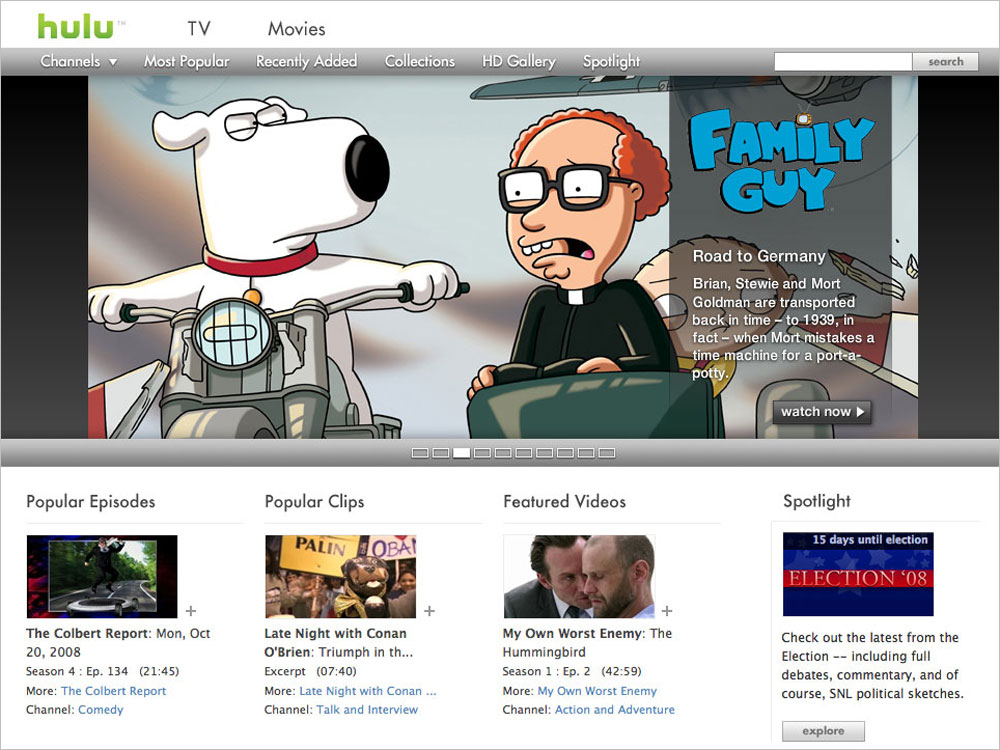 Millions of viewers watch television shows at the Internet video site Hulu each month, yet these viewers are not counted in the traditional Nielsen television ratings.

You may think of your favorite TV show as a source of diversion and entertainment, but for the TV network, its real purpose is to deliver your eyeballs to commercials. There's a lot at stake -- $70 billion a year is spent on TV advertising. And all of that money is spent based on data from one company: Nielsen.

In addition to monitoring the popularity of shows, Nielsen also measures the viewership of commercials -- and those ratings are actually more important, says Bill Gorman, of the blog TV by the Numbers.

"The revenue potential of a show is all that matters," says Gorman. "Networks are businesses, and they want to sell commercials. And what allows them to sell at better prices is better ratings."

The show Sons of Anarchy on the FX network has been getting terrific ratings -- its viewership rose 66 percent between its first season and its second, according to Nielsen. The finale in December was the most-watched show in its time slot among men aged 18 to 49. But Nielsen-style number-crunching annoys the show's creator, Kurt Sutter.

Data From Nielsen On TV Viewership:

The kind of monitoring that Sutter detests is also becoming less compelling to advertising executives and networks in the age of TiVo and Hulu.

Nielsen tracks online viewers, but it does not aggregate that data with its regular TV ratings. Some Internet video sites, like Hulu, charge that Nielsen is vastly undercounting their viewers, as well.

"I'm not sure if that metric is the only metric we need going forward," she says of traditional Nielsen television ratings. "We would love cross-media measurements."

Sirkin says she would like measurements that aggregate regular TV and online ratings. She suggests Nielsen may be falling behind right at the moment when the ways people watch television are multiplying.

Her firm is part of a consortium of powerful ad agencies and TV networks pressuring Nielsen to evolve along with the habits of television consumers, who don't just watch shows on their television sets, but also on their laptops and other mobile devices. Right now, advertisers must cobble together data from a number of sources. For example, TiVo tells Sirkin's company which of their ads caught people's attention and which were skipped through.

Looking To Catch Up

Soon, Nielsen promises, it will be able to deliver more measurements. Steve Hasker, Nielsen's president of media products, says Nielsen is laboring to get new measurements in place that will combine data about how people watch on regular TV sets, computers and even on smart phones and other mobile devices.