Accessibility links
Software Company Helps Revive 'Sleeping' Language Rosetta Stone, which focuses on teaching languages to tourists and business travelers, is helping the Chitimacha tribe of Louisiana resuscitate its native tongue. The last native speaker passed away in 1940, and the tribe hopes shiny new software will attract youth to the language. 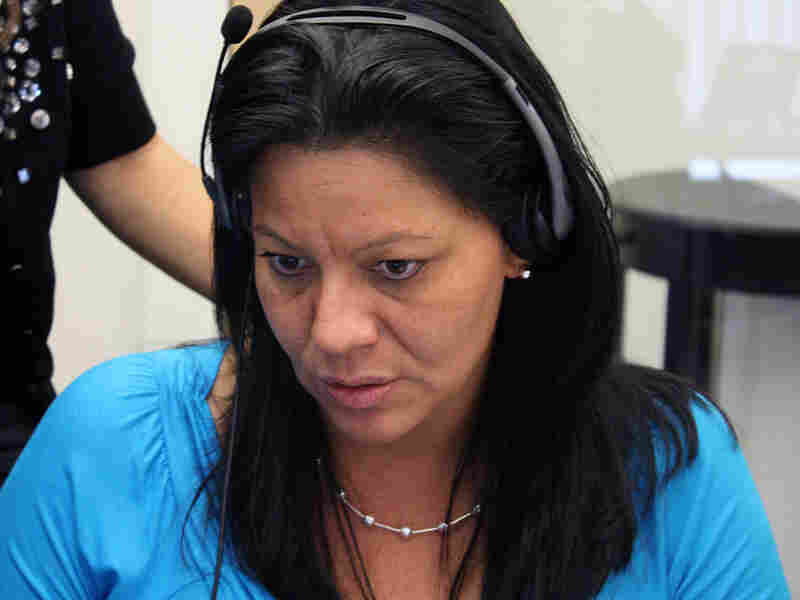 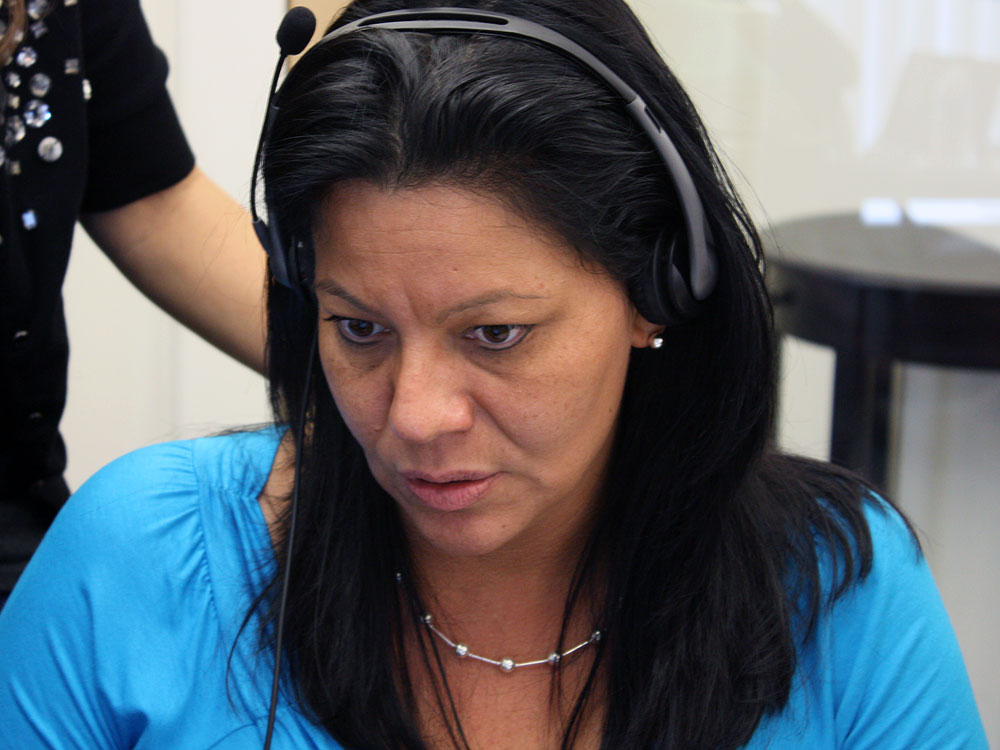 In Harrisonburg, Va., a small training room is alive with the sounds of a once-dead language.

Kimberly Walden, Sandra Boutte and Rachel Vilcan are members of the Chitimacha tribe. They have flown from Louisiana to the corporate headquarters of Rosetta Stone, a company that primarily focuses on selling language software to tourists and business travelers. The company is helping them develop computer software they hope will help interest younger members in learning their native tongue.

It's estimated that there were hundreds of different languages spoken by American Indians before Europeans arrived; most of those languages became extinct. But many tribes are trying to revive their dead or "sleeping" languages. The Chitimacha tribe, which has just over 1,000 members living on the bayou south of Lafayette, La., has been trying to resuscitate its language for several years. The last native speaker died in 1940.

[A native language] helps preserve cultural identity, and it really is like a missing piece. Those of us who grew up without a language, it was something we always dreamed of.

"Their language has been a sleeping language for about 60 years," says Marion Bittinger, manager of the endangered language program at Rosetta Stone.

The company has worked with other tribes trying to save dying languages, but those tribes have all been able to turn to elderly native speakers.

"In the Chitimacha project, that hasn't been the case," says Bittinger, "so it's been a very challenging project, but also very inspiring."

The Chitimacha did have hundreds of hours of scratchy recordings on wax cylinders, along with extensive notes from linguist Morris Swadesh, who recorded Chitimacha Chief Ben Paul before the chief's death in 1934.

Over the past decade, the tribe has been using those bits and pieces to build a curriculum, and start teaching Chitimacha to schoolchildren.

"It helps preserve cultural identity," says Kimberly Walden, cultural director of the tribe. "And it really is like a missing piece. Those of us who grew up without a language, it was something we always dreamed of."

Walden says the tribe turned to Rosetta Stone because they felt that a bright, shiny software program would make the language more appealing to young people.

Ask Rachel Vilcan. She is sitting in front of a computer screen, following the prompts that ask her to match Chitimacha words with pictures — one of the hallmarks of Rosetta Stone's language system. She recognizes members of the tribe, who were used in pictures for this program.

Vilcan, who is a teacher, says her students want to make this language their own.

" 'LOL' — they want to learn how to translate that, so they can start texting," she says. "All the kids want to do nowadays is text. So when they wanted to start using their language in text, it touched my heart."

Sandra Boutte used to teach Chitimacha in the classroom. But lately, she's been focused on the effort to get this software finished and ready to go. She is one of the voices that students of Chitimacha will hear when they use the software.

Rosetta Stone uses voice recognition software to correct pronunciation. Boutte says even though she used to teach the language, she finds she is making mistakes because she isn't speaking it as often anymore.

"That's why I would love to have everyone around our office learn it, so I could continue to speak on a day-to-day basis," she says.

Don't expect to see Chitimacha software at your local kiosk. The tribe will own this product and hopes to distribute it free of charge to members of the tribe. Rosetta Stone is planning other native language projects, including Navajo, which is still spoken by thousands of members, but is in decline.