Accessibility links
Missing Health Savings Accounts Money Raises Questions When millions of dollars disappeared from health savings accounts, people were left with more questions than answers. Some say more government regulation is needed for the accounts, but others argue for a wait-and-see approach. 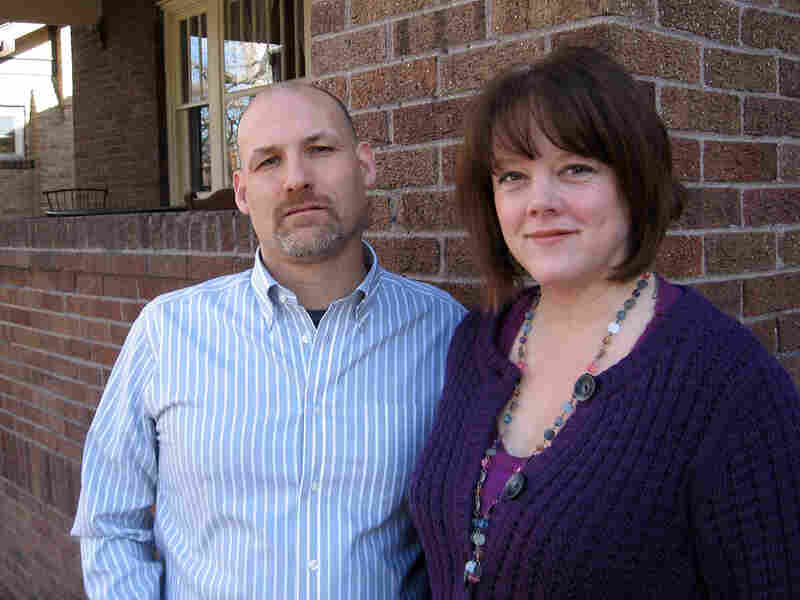 Lon and Wendy Nestrud were shocked to find that money they had deposited in their HSA was missing. Now some critics are calling for more regulation of these accounts. Jeff Brady/NPR hide caption 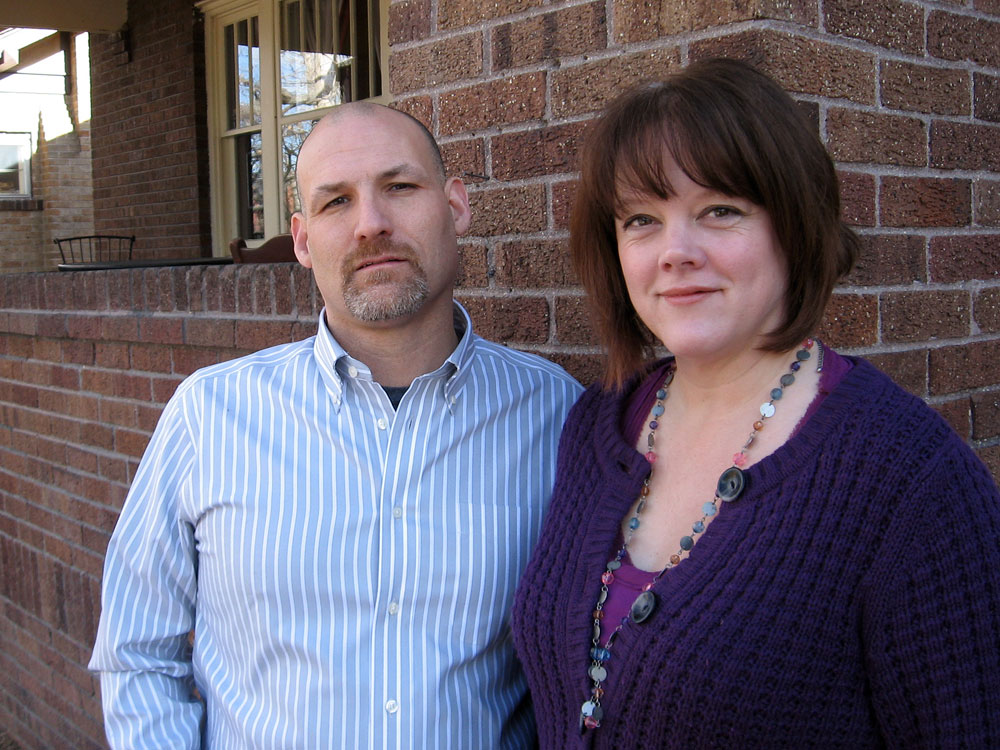 Lon and Wendy Nestrud were shocked to find that money they had deposited in their HSA was missing. Now some critics are calling for more regulation of these accounts.

Thousands of people are learning that money they squirreled away in health savings accounts is gone. Many thought the money was sitting safely in banks. But now it appears it was stolen.

Federal investigators have released few details, but all the cases have one thing in common: a Chicago company called Canopy Financial.

Now critics are questioning whether more government oversight is needed for the accounts.

Lon and Wendy Nestrud are self-employed and live in Denver. Both work from home — she's a musician and he's a software consultant. Conventional health insurance was too expensive, so they have a high-deductible plan for things like hospitalization and a health savings account for routine expenses.

In December, Wendy was at the dentist for a regular cleaning. Afterward she pulled out her health savings account debit card.

Did this happen to you too? Tell us about it.

"My card was declined," she says. "It kind of set my heart racing."

The Nestruds called Shawnee Administrative Services, the company that managed their HSA. That's when they learned that another company that processed transactions for Shawnee was in trouble: Canopy Financial's co-founder had been arrested and money was missing from HSAs.

Hiring a lawyer seemed prudent, but the Nestruds figured that could easily cost them more than the $2,000 in their account. They found a Facebook group of others affected by the Canopy bankruptcy. But specifics in the case are still hard to come by.

"We're now creditors in Canopy Financial's Chapter 7 bankruptcy filing," says Lon Nestrud. "From my understanding there are a lot of creditors and not enough money to cover all that."

No charges have been filed against Canopy executives related to the missing HSA money. Charges have been brought in a related investment fraud case. Canopy co-founder Jeremy Blackburn is free on $1 million bail. His attorney says he won't talk to NPR. A spokesman for the U.S. attorney's office in Chicago says only that the investigation is continuing.

Meantime the Nestruds are left wondering if they'll ever see their HSA money again. And they're not alone. Nearly 14,000 customers of Maryland-based Coventry Health Care also are affected. An attorney for the company, Neal Colton, says $17 million is missing. Coventry has replaced that money for its customers and will try to recover as much as it can in the bankruptcy.

This case has prompted some tough questions about HSAs. How could this money just disappear? Who was monitoring Canopy Financial? Some people are saying more government regulation is needed.

"We set up a whole financial industry without the commensurate regulation," says Sara Horowitz, executive director of the Freelancers Union. "What we're seeing are all these people who are being affected. And that's, I think, what really we need to talk about here."

While the Freelancers Union didn't do business with Canopy, 82 of her members were hurt by Canopy's bankruptcy, and they've asked for help.

HSA supporters say they're taking a wait-and-see approach on the question of new regulation. They want to learn what the criminal investigation reveals before deciding whether the current system needs to be tweaked. They do think there's a lesson in all this for HSA holders though.

"Know your trustee," says Kevin McKechnie, executive director of the HSA Council at the American Bankers Association. "If you're going to give money to somebody, who are you giving it to?"

The Nestruds say they've learned that lesson. When they sign up for their next health savings account they'll more closely examine which companies are involved. And they say they'll probably feel more comfortable going with big companies they already know.