Accessibility links
'Spartacus War': Story Of The Real-Life Gladiator The legend of Spartacus has inspired so many fanciful retellings, it's easy to lose track of what actually happened back in 73 BC. In The Spartacus War, Barry Strauss gives a historical account of the charismatic rebel who inspired a slave revolt against Rome.

The legend of Spartacus has inspired so many fanciful retellings, it's easy to lose track of what actually happened back in 73 BC. In The Spartacus War, Barry Strauss gives a historical account of the charismatic rebel who inspired a slave revolt against Rome. 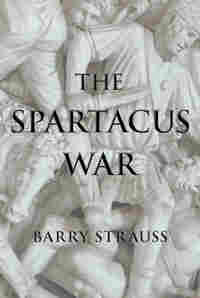 In 73 b.c., six hundred and eighty-one years after the founding of the city of Rome, during the consulship of Lucullus (Marcus Terentius Varro Lucullus) and Cassius (Gaius Cassius Longinus), the republic was fighting wars at both ends of the Mediterranean. In Spain, Pompey ground down the renegade Roman commander Sertorius by taking out his strongholds one by one. In Asia Minor, Lucius Licinius Lucullus, the consul's brother, began an invasion of the homeland of King Mithridates, who had fought Rome on and off for fifteen years. In the Balkans, Gaius Scribonius Curio was the first Roman general, along with his legion, to see the Danube River. In Crete, Antony got ready to sail out against pirates attacking Roman shipping.

Given the big picture, the gladiators' revolt might have seemed minor. Capua had seen a slave revolt before, in 104 b.c., which had been crushed by barely the number of troops in a single legion — four thousand infantry and four hundred cavalry, for a total of 4,400 men — led by a praetor, a leading Roman public official. So the obvious policy in 73 was to send in the praetor.

In Rome, the Senate set public policy. Senators were all very wealthy men, and almost all members of a few elite families. They had automatically become senators, without election, after holding high public office, and they served for life. They were the oligarchy that ran Rome, except for those occasions when they were challenged by a general like Marius or Sulla. Once rare, those challenges had become more frequent. But in 73 b.c., the senators enjoyed a period of power.

The senators chose Caius Claudius Glaber to send against Spartacus. He was one of eight praetors that year, each of them at least thirty-nine years old, and each elected to an annual term. They were men of great expectations, since the praetors were the second highest-ranking of the annually elected public officials in Rome; only the two consuls stood higher. Who was Glaber? We hardly know. He never rose to the consulate and he had no known descendants. He was a plebeian with probably at most a distant link to the more famous members of the Claudius clan. His obscurity was another sign of how little attention Rome gave Spartacus.

Glaber led a force slightly smaller than the one sent against the rebels of 104 b.c.: three thousand men instead of 4,400 and, so far as we know, no cavalry. But the first revolt had been led by a Roman citizen who was a knight, no less, while the latest uprising was the work of barbarians and slaves. Apparently the Romans felt more confident in 73 than in 104.

The news from Capua was digested, analyzed, and classified. It was, to quote Caesar, "a tumultus of slaves." A tumultus was a sudden outbreak of violence requiring an emergency response. It was a serious matter but not organized war (bellum, in Latin).

As we know, Romans looked down on slaves. Their servile nature, said one contemporary, made slaves cruel, greedy, violent, and fanatical while denying them nobility or generosity of spirit. For slaves to behave courageously was against nature. For slaves to behave like free men was strictly for the Saturnalia, an annual celebration featuring role reversal — as a Roman officer once remarked in disgust when his men had to fight freed slaves. In revolt slaves were a nuisance but not a major problem. Or so the Romans told themselves, although the stubborn resistance of Sicily's slaves in two revolts (135-132 and 104-100 b.c.) should have taught them otherwise.

And then there were the gladiators and their leader. Doublethink runs like a red thread through Roman attitudes toward Spartacus. Fear and scorn, hatred and admiration, indifference and obsession — they were all there. For the Romans, gladiators were to be fed, trained, cheered, adored, ogled, bedded, buried, and even, occasionally, freed, but, never, never to be treated as equals.

As a slave and a Thracian barbarian, Spartacus was despicable to Romans. As a former allied soldier, he was pathetic. From their point of view, the Romans had offered Spartacus the hand of civilization by letting him into the auxiliary units of their army. Then, whether through bad behavior or bad luck, he ended up a slave. He had lost the chance that the army had given him (again, that is, from the Roman point of view). But in their mercy, as far as the Romans were concerned, they gave Spartacus another chance. They gave him the gladius — the sword.

To the Romans, a gladiator was not just an athlete or even a warrior: he was holy. And he was sexy. Whenever they went to the games the Romans took a walk on the wild side. The beasts were supposed to growl back at them; it made a better show. But Spartacus did more than growl. Like many a pro athlete, Spartacus was feared for the same reason he was adored: he was dangerous. Yet once he left the arena, a gladiator seemed almost harmless, even if he had taken up arms in revolt.

If this seems hard to understand, think of Spartacus as an athlete who rejected the love of his fans. We can forgive an athlete who misbehaves but not one who snubs us. Once Spartacus and his seventy-three companions left their barracks, they were no longer gladiators but runaway gladiators. In Roman eyes, they had shrunk from a fight, hence they were moral lepers: cowardly, effeminate, and degenerate. They had sunk from the glory of the arena to the shame of banditry. Spartacus could have been the pride of Rome; instead, it seemed, he was back where he began, a barbarian. From the Roman point of view, his men were not soldiers but runaway slaves, fugitivi. No wonder the Senate had little fear of him — at first.

Copyright © 2009 by Barry Strauss. Excerpted by permission of the publisher. 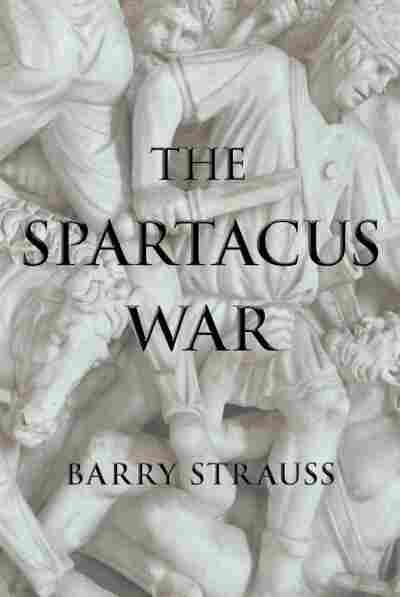