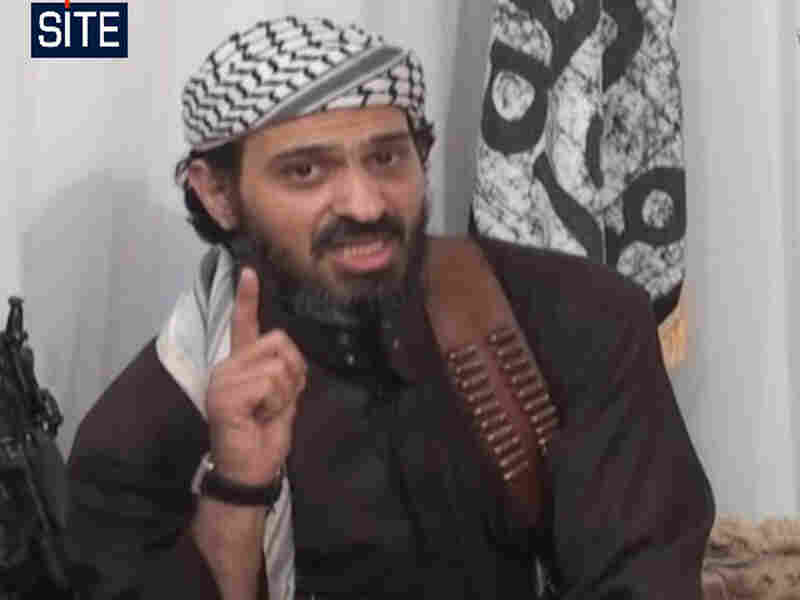 This image was taken from an undated video posted on a militant-leaning Web site on Jan. 23 and provided by the SITE Intelligence Group. It shows Said Ali al-Shihri, who was jailed in Guantanamo for six years after his capture in Pakistan and released by the U.S. in 2007 to the Saudi government for rehabilitation. He has resurfaced as a leader of a Yemeni branch of al-Qaida. SITE Intelligence Group/AP hide caption 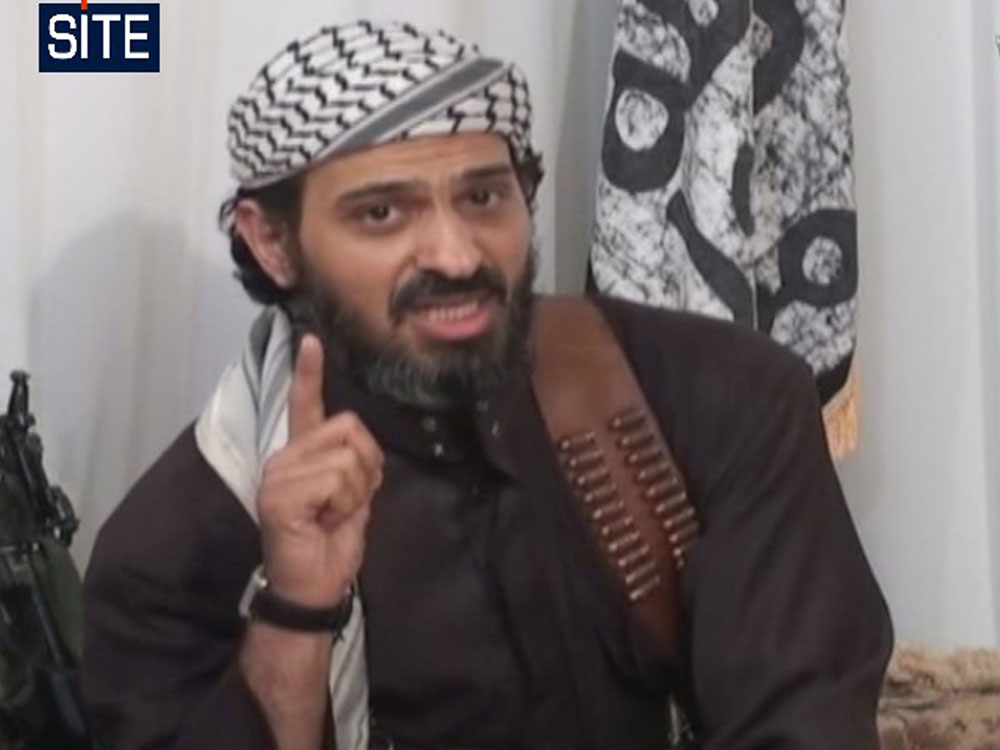 This image was taken from an undated video posted on a militant-leaning Web site on Jan. 23 and provided by the SITE Intelligence Group. It shows Said Ali al-Shihri, who was jailed in Guantanamo for six years after his capture in Pakistan and released by the U.S. in 2007 to the Saudi government for rehabilitation. He has resurfaced as a leader of a Yemeni branch of al-Qaida.

The nation's top intelligence official told Congress on Tuesday that the U.S. government is making significant progress against al-Qaida's terrorist network, despite several recent high-profile plots, while separately he issued a sharp new warning on an alarming rise in cyberattacks.

Dennis Blair, the director of national intelligence, opened his annual threat assessment by calling recent computer attacks against Google's operations in China "a wake-up call." Computer attacks by nation-states, terrorist networks and criminals against government and private computers are happening "on an unprecedented scale with extraordinary sophistication," he said.

The online threat has moved well beyond simple criminal acts. Instead, it appears to potentially threaten the heart of the strategic advantage long held by the U.S. military and U.S. spy agencies.

"We cannot be certain that our cyberspace infrastructure will remain available and reliable during a time of crisis," Blair warned.

But in his testimony before the Senate Intelligence Committee, Blair quickly turned to al-Qaida, which he warned still has the capability to "recruit, train and deploy operatives" for terrorist plots inside the United States.

"Counterterrorism efforts against al-Qaida have put the organization in one of its most difficult positions since the early days of Operation Enduring Freedom in late 2001," Blair said in his prepared statement. "However, while these efforts have slowed the pace of anti-U.S. planning and hindered progress on new external operations, they have not been sufficient to stop them."

Blair's delicate balancing act reflects the difficulty of putting into context the recent series of terrorist plots — including the failed Christmas Day attack on a U.S. airliner, the arrest of a man in Denver for an alleged New York terrorism plot and the Fort Hood massacre in Texas — which have cast some doubt on spy agencies' assessments of al-Qaida.

"It is natural that we ask ourselves whether these events are evidence of an increase in the threat, a change in the nature of the threat, or both," Blair said, adding that "we have many unanswered questions."

Those unanswered questions, according to Blair, still include the exact targets of the plot allegedly involving Najibullah Zazi, the Denver man accused of training with al-Qaida militants in Pakistan, as well as what other plots may be associated with the Yemeni affiliate of al-Qaida that helped a Nigerian student named Umar Farouk Abdulmutallab allegedly plan the failed Christmas Day bombing of a Detroit-bound trans-Atlantic airliner.

CIA Director Leon Panetta said that while he remains worried about al-Qaida staging another attack inside the United States, he does not necessarily believe it will be another Sept. 11-style attack.

"The greater threat is that al-Qaida is adapting their methods in ways that oftentimes make it difficult to detect," Panetta said.

Indeed, the al-Qaida threat is clearly more diffuse than it was a number of years ago. Blair said that while Zazi was associated with core al-Qaida leaders, Abdulmutallab was tied to an al-Qaida affiliate, and the alleged Fort Hood shooter, Maj. Nidal Hasan, was a homegrown extremist.

This splintering has made it much more difficult for spy agencies to track the various kinds of militants that could pose a threat.

Still, Blair made it clear that al-Qaida's leaders remain a key factor in the group's strength. U.S. officials have usually tried in recent years to avoid talking too much about Osama bin Laden, the al-Qaida leader who remains at large, but Blair was unusually frank about his importance.

"We assess that at least until Osama Bin Laden and Ayman al-Zawahiri are dead or captured, al-Qaida will retain its resolute intent to strike the homeland," Blair said.

It was Blair's comments about the growing cyberthreat, however, that were some of the most surprising conclusions in the threat assessment.

His description of just how common these attacks have become suggests that combating these online intrusions has become an important and daily part of the intelligence community's operations.

"Sensitive information is stolen daily from both government and private-sector networks, undermining confidence in our information systems, and in the very information these systems were intended to convey," Blair warned.

"We often find persistent, unauthorized, and at times unattributable presences on exploited networks, the hallmark of an unknown adversary intending to do far more than merely demonstrate skill or mock a vulnerability," he said.

Online attacks are particularly difficult to fight because officials often struggle to identify their origin. Blair's assessment of the cyberthreat was perhaps most notable for not naming a single country or entity, even though China and Russia are widely believed to be sponsoring — or at least encouraging — a growing range of cyberattacks.

In a new report obtained by NPR, the Department of Homeland Security identifies cyber attacks as "one of the homeland security community's most important missions."

"Sophisticated cyber criminals and nation-states, among others, are among the actors in cyberspace who now pose great cost and risk both to our economy and national security," the department says in its first-ever quadrennial strategic review. "They exploit vulnerabilities in cyberspace to steal money and information, and to destroy, disrupt, or threaten the delivery of critical services."

The Homeland Security report also acknowledges that countering cyber threats could pose some tough dilemmas. "Innovation in technology, practice, and policy must further protect — not erode — privacy and civil liberties," the report says.