Accessibility links
Watching 'Lost' Later Spoils Some Of The Fun Last night, ABC presented the two-hour season premiere of Lost, the mystery-shrouded ABC drama that's beginning its final year. The network was so secretive about the show's contents that it made only the first five minutes available for critics to preview. TV critic David Bianculli reviews the premiere and takes a larger look at the Lost phenomenon. 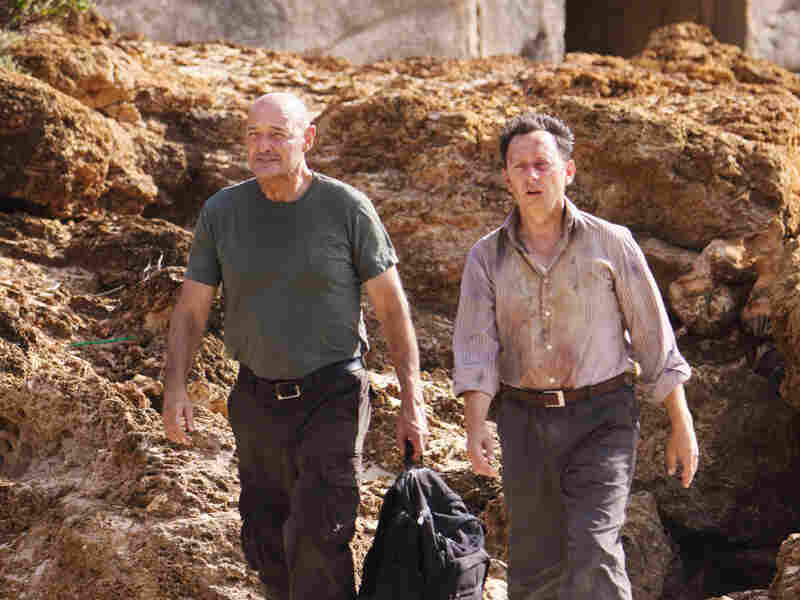 On the season premiere of Lost, the aftermath from Juliet's detonation of that hydrogen bomb is revealed. Mario Perez/ABC hide caption 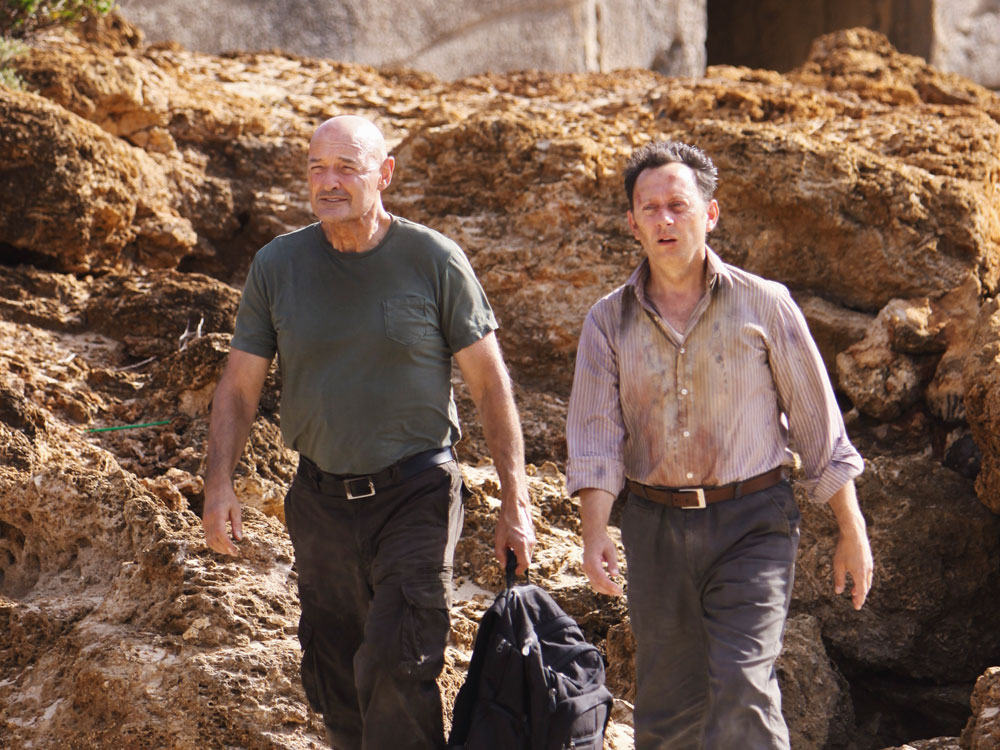 On the season premiere of Lost, the aftermath from Juliet's detonation of that hydrogen bomb is revealed.

The Catch-22 that comes with discussing the super-secret final-season premiere of Lost is that if you're a TV critic, and you preview it the night before it airs, you really, truly don't know what you're talking about: ABC sent us only the first five minutes in advance.

And if you wait until the next day, then everybody who cares either has seen it already, or doesn't want too many details because they're waiting to see it on their own time, on their home recordings or, later, as part of a DVD box set.

But the way I see it, critics in the golden age of TV used to review everything the day after — because television was live. Reviews were for the record, for posterity. And sometimes, as in the case of the drama Patterns, by a young writer named Rod Serling, after-the-fact reviews could make a reputation overnight, and eventually call for the live drama to be mounted again.

With Lost, one of the things worth talking about, even the day after, is the whole idea of time-shifting. In fact, it's perfectly appropriate, because time-shifting turns out to be one of the show's central plot gimmicks. Characters spent last season popping in and out of various time lines, victims of a mysterious remote island whose unstable core somehow was able to play with time, and even with space. The island itself, with all the people on it, was here one minute, gone the next.

On the Monkey See Blog:

Now think of that, if you will, as a fitting metaphor for the entire series. Lost the TV series, like the island, has vanished and reappeared on its own peculiar timetable. The last episode we saw was eight months ago – and because of both a demanding production schedule and the recent writers' strike, Lost has gone from fall TV staple to midseason relief pitcher. As the time between seasons has stretched out, and as its plots and characters have become more unpredictable and complicated, viewers have begun to vanish, too.

Last season's cliffhanger — the one where the islanders successfully set off a nuclear device that was supposed to detonate a time shift and return them to a safe place before the plane crash stranded them there — was seen by an estimated 10 million people. By today's broadcast-TV standards, that's a lot, but it's only about half of what Lost was pulling at its peak. Where, to use another Lost parallel, did the others go?

Some got bored or confused by so many questions and so few answers. And some, while still loyal fans, have decided to wait until each season came out on DVD, to enjoy them at their own pace — and without commercials.

Either way, this does not bode well for the chances that broadcast TV will continue making deeply textured shows such as Lost. But the series is something ABC should be proud of, and viewers should be supporting. When the show finally winds up this May, its finale will be, in broadcast-TV terms, a big deal. And except for the crowning of the next American Idol, how many of those are left?

My answer is "Not many." And Lost, last night, began its final year by answering its own questions for a change. And this is the point where I'll start talking about the contents of last night's show specifically, so: spoilers ahead.

The five-minute opening sent to critics was a tantalizing tease. It started by recapping that fade-to-white nuclear explosion that ended last year's finale; then the white faded back to reveal clouds, seen through the airplane window by Jack. Along with everyone else, he was back on the doomed flight, but this time it wasn't doomed. They made it through the turbulence and began their descent into the Los Angeles airport. That's what ABC showed critics in advance — but the very next moment shown last night depicted Jack, back on the island, waking up, after having lost consciousness from the underground nuclear detonation. Oh, man: Was it all a dream? Was the time-shift explosion a failure?

Yes, as it turns out. And no. The explosion split the timeline into two alternate realities. In one, our heroes are still on the island, convinced the escape attempt failed. In the other, they land safely in L.A. and we follow what would have happened to them had they not crashed. And already it appears that they're better off on the island than off it.

That's one mystery you can put in the "Solved" pile. Another is whether John Locke, whom we saw killed by Ben yet subsequently living on the island, was dead or alive. John Locke the good guy apparently is dead. But there's someone or something taking his place, and his shape, on the island. (It might even be that strange Smoke Monster that pops up from time to time.)

And in one scene from last night's show, Michael Emerson's Ben confronts Terry O'Quinn's Locke after Ben kills an island leader because Locke told him to. Except that Ben suddenly realizes it may not be Locke he's talking to after all. Locke/not-Locke tells Ben that Locke's last thought as he was dying was: "I don't understand."

Believe me, I know how he feels. I can't make sense of a lot of this yet, and, to be honest, I'm not spending a lot of energy trying. It's like watching Twin Peaks: After a while, you either roll with it or you don't, and no final explanation will be as satisfying as the ride itself.

That's why I think people who are hoarding these episodes and waiting to watch them later are missing most of the fun. "Lost" is best enjoyed fresh. It's the only time, with a shared sense of excitement, you can talk about it — or review it — the day after.