Accessibility links
Is That A Castle You're Hiding Behind That Haystack? British farmer Robert Fidler has lost his case in High Court to keep his castle and was ordered to demolish it. Fidler built the castle surreptitiously nearly a decade ago — hidden behind large stacks of hay — in an effort to capitalize on a loophole in British law. 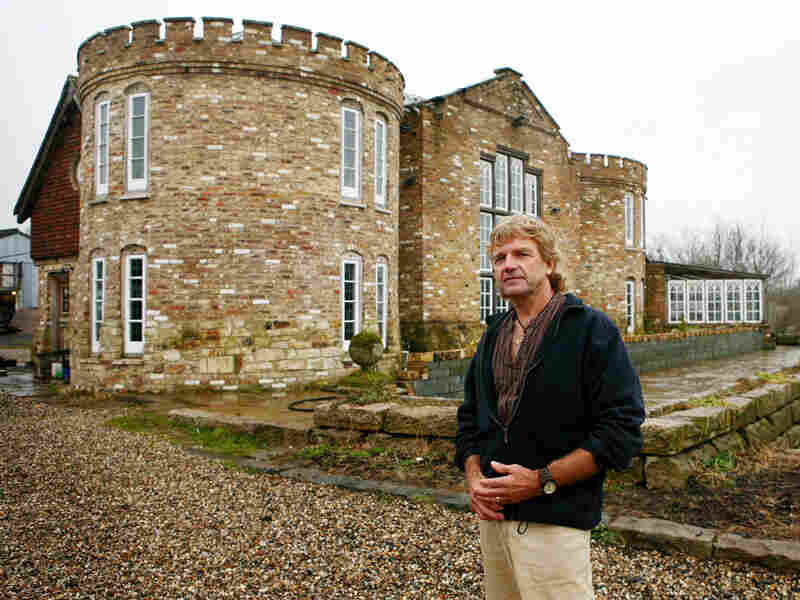 Robert Fidler built this castle near Surrey, England, and kept it hidden behind haystacks for years to take advantage of a loophole in British law. But on Wednesday, a judge ruled that it be demolished. Gareth Fuller/PA Wire/AP hide caption 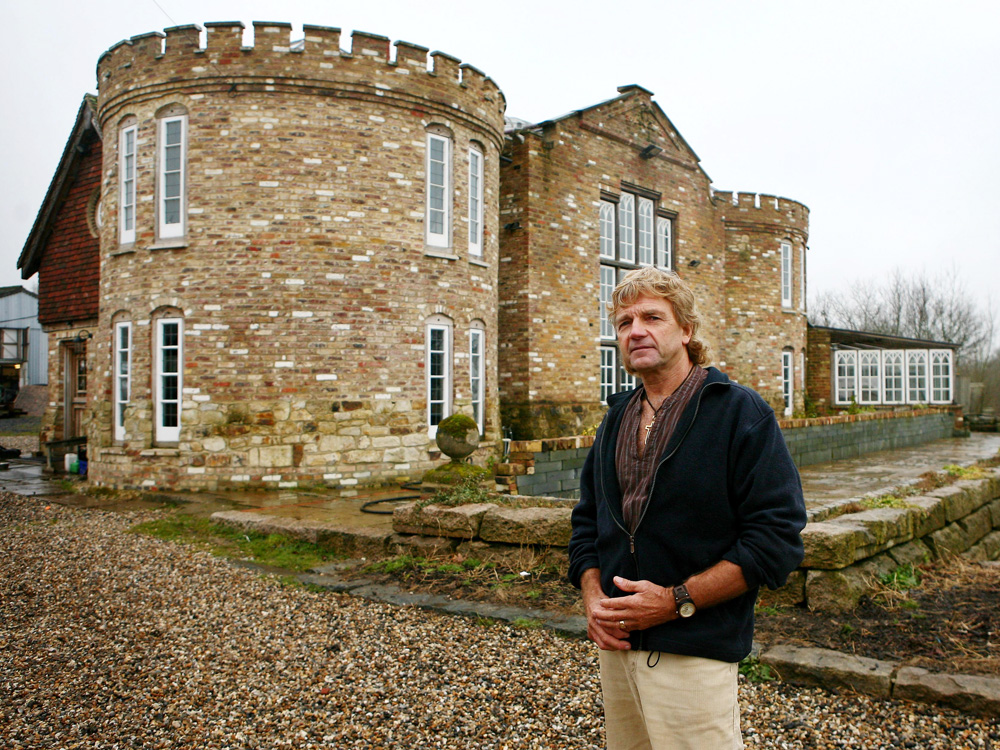 Robert Fidler built this castle near Surrey, England, and kept it hidden behind haystacks for years to take advantage of a loophole in British law. But on Wednesday, a judge ruled that it be demolished.

A British farmer who secretly built a castle and hid it behind haystacks to avoid trouble from local planning authorities was ordered by a court Wednesday to demolish it.

Farmer Robert Fidler built the mock Tudor castle in Surrey and moved into it with his family in 2002.

He says he had applied in 1996 to build a house on his farmland, but the authorities wouldn't grant him permission. So, when he and his wife were feeling "desperate," they found a loophole in the British law.

"There is no law against building a house anywhere on your own property," Fidler tells NPR's Robert Siegel. "But you take a risk. If the local authorities don't like it, they can ask to have it demolished. Now, there is another provision that they only have four years in which to make that order. Interestingly, there is no rule or no law or no clause which prevents you from concealing the property, or hiding it." 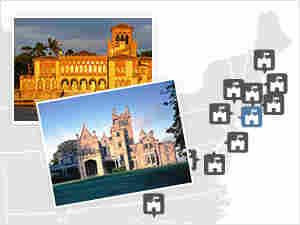 Fidler, who is a hay and straw dealer, says that is why he and wife decided to take an "extraordinary risk" and build a house on their farm away from the road that couldn't be seen "unless you flew in a helicopter." They stacked large bales of hay to hide its construction for two years.

"Obviously, we had to leave a gap in the bales to be able to get all of the building materials in and for us to be able to move in and out," he says.

He says the castle is "not terribly large," with its two round turrets, a kitchen and a main bedroom.

A very limited number of people — very close family and friends — knew the whole truth about their home, he says. Fidler and his wife went to such extreme lengths to keep the home hidden that they kept their son from going to preschool the day he was supposed to draw his home.

"We thought it was unwise to let him go to school that day in case he drew a stack of hay," Fidler says.

The home was hidden well. While the building was under construction, the local government sent someone to look for the building and couldn't find it, Fidler says.

It was "certainly not high enough where you couldn't have bent a ladder against and climbed over it and looked over the top," he says.

The court ruled that the four-year limit on ordering a demolition did not apply in this case in that Fidler could not benefit from his deception.

Fidler, who has vowed to appeal the decision, is confident he won't have to tear down his home.

"We believe that God is involved in our case," he says. "The [authorities] were unable to find it because it was protected. And that's why we believe that this house or this castle — or whatever you want to call it — will stand here forever."