Accessibility links
Looking Again At America's 'Most Dangerous Man' Daniel Ellsberg leaked the Pentagon Papers to The New York Times — and set in motion a chain of events that would eventually lead to Watergate, a president's resignation and an end to the war in Vietnam. Filmmakers Judith Ehrlich and Rick Goldsmith explain why they were drawn to him for their Oscar-nominated documentary. 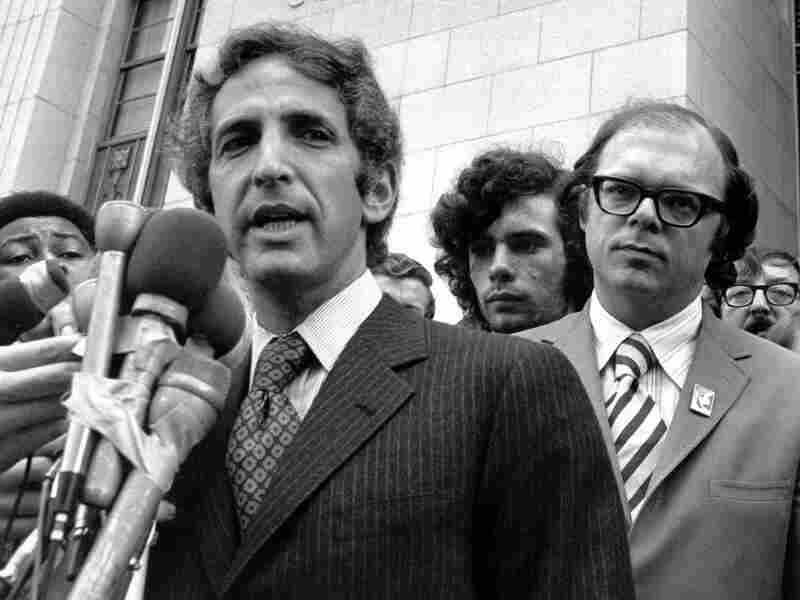 The Most Dangerous Man: Daniel Ellsberg (left) and his colleague Anthony Russo (right) stood trial for espionage in 1973 after leaking a top-secret Pentagon study of the Vietnam War to the New York Times. The charges were eventually dropped. First Run Features/AP hide caption

Most people who recognize the name Daniel Ellsberg will remember that he's the Defense Department insider who turned against the Vietnam War, and in 1971 leaked the Pentagon Papers to the New York Times. But who knew Ellsberg was once so pro-war that, despite being a civilian, he actually donned a uniform and led patrols into the Vietnamese jungle?

That's one of many surprising details in The Most Dangerous Man in America: Daniel Ellsberg and the Pentagon Papers, Judith Ehrlich and Rick Goldsmith's pulse-jacking new documentary. 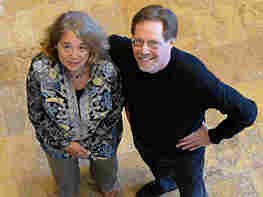 "I didn't know the first part of the story," Ehrlich says of Ellsberg's front-line heroics. "That he was so inside. I knew he was a guy who had the papers, but I never thought about why he had the papers."

The two filmmakers, both based in the San Francisco area, had used Ellsberg's expertise while making previous films. (Goldsmith's was about journalist George Seldes; Ehrlich's about conscientious objectors to World War II.)

"I took him out to breakfast," Ehrlich recalls, "and he talked through breakfast, through lunch, and until 3 in the afternoon."

At the time, the famously loquacious Ellsberg had much to say about the war in Iraq, which also animates Goldsmith. "The parallels between then and now were unmistakable," he says. Yet the thriller-style documentary doesn't draw a direct line between Vietnam and Iraq and Afghanistan.

"We wanted the film to outlast this year," Ehrlich explains. "We felt that the story needed to live almost entirely in that historical period."

The documentary is narrated by Ellsberg himself, with much of the text taken from his 2002 book, Secrets: A Memoir of Vietnam and the Pentagon Papers.

"It's his words, but our writing, like an adapted screenplay," says Goldsmith. "We couldn't really write narration. If it wasn't in his voice, he never would have read it."

The Most Dangerous Man in America doesn't give a lot of time to Ellsberg's detractors. But the film takes its title from Henry Kissinger's characterization of the Rand Corporation analyst who became an anti-war activist. And it includes some commentary on Ellsberg's actions from Richard Nixon and his aides.

When she and Goldsmith started constructing the movie, Ehrlich recalls, "we thought, 'Oh, it's kind of got something to do with Watergate, too.' By the end, we're reinterpreting the history of Watergate — that it really was Fieldingate, or Ellsbergate."

The documentary covers some of the same territory as The Fog Of War, Errol Morris' study of Robert McNamara's military career. But the directors think theirs is a different sort of movie.

"Our film is not just the story of Daniel Ellsberg," says Goldsmith, citing also the era's draft resisters, anti-war members of Congress and the journalists who fought to publish the Pentagon Papers.

"The heart of our film," the filmmaker concludes, is, "'What do you do when you're confronted with great wrongs?' I think that, if you watch this film, you might have an answer to that question."