Accessibility links
Stefon Harris And Blackout On JazzSet At the Kennedy Center Jazz Club bandstand, Harris' vibes run parallel to the edge of the stage and perpendicular to his marimba. Like a boxer in the ring, he works the corner where the keys meet. Hear Harris and his band Blackout pound on OutKast and Jackie McLean in two sets.

Stefon Harris And Blackout On JazzSet

"Until" from Kate & Leopold (Sting) 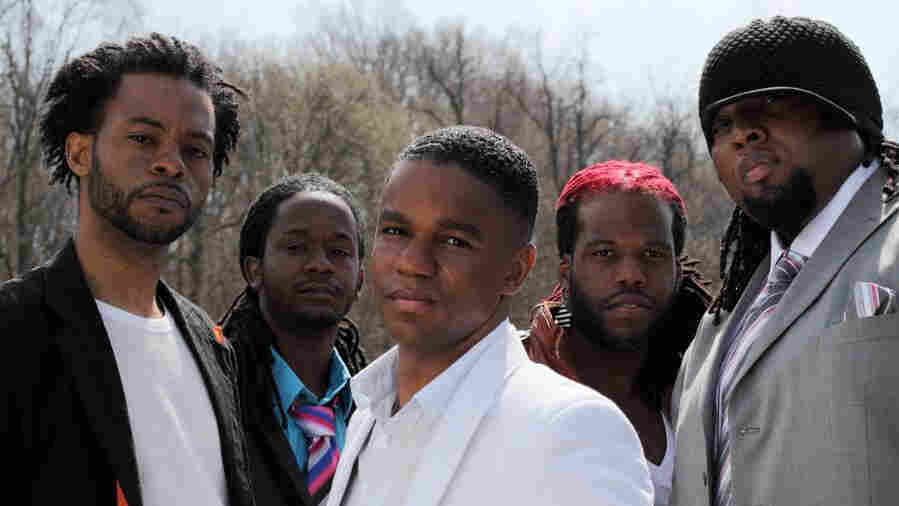 On the bandstand at the Kennedy Center Jazz Club, Stefon Harris' vibes run parallel to the edge of the stage and perpendicular to his marimba. Like a boxer -- a welterweight -- in the ring, he works the corner where the keys meet. When he plays high vibes and low marimba together, Harris dips his knees and extends his arms wide as wings. And when he narrows his focus, he's just a blur.

The sinuous Blackout melodist on the alto sax with pedals and the vocoder is Casey Benjamin, introduced in the ballad "Christina" and not to be missed. Sullivan Fortner on keyboards is a New Orleans native, an Oberlin graduate and a Manhattan School of Music student. Benjamin Williams is the 2009 winner of the Thelonious Monk Institute bass competition. Drummer Terreon Gully emerged through the legendary East St. Louis High School jazz program and the University of Houston. You could focus on Terreon's sound and rhythm alone, and be rewarded all night.

The Washington Post described the first set on Nov. 14, 2009, as "an imaginatively orchestrated and vigorously propelled collection of tunes." A new crowd came out for the longer, looser second set with Jackie McLean's music, John Coltrane's "A Love Supreme" and OutKast's "Prototype" all in the mix.

Originally from Albany, N.Y., Harris was studying at the Manhattan School of Music when he made his NPR debut 15 years ago as a guest in saxophonist Wes Anderson's band in New Orleans. Harris dazzled everyone and soon was on Blue Note with A Cloud of Red Dust in 1998. Urbanus is the latest from Stefon Harris & Blackout, which received a 2010 Grammy nomination for Best Contemporary Jazz Album.

Thanks to Kevin Struthers, director of jazz at the Kennedy Center. Duke Markos is our Surround Sound mixer with Big Mo Recording (Greg Hartman, Drew Doucette and Sean Owen). Ginger Bruner is our audio engineer at KUNV in Las Vegas.