Accessibility links
Behind The Weather: Strongest El Nino In A Decade Heavy rains in California, record snowfalls in the mid-Atlantic and fires in Indonesia are all being attributed to the phenomenon. Government meteorologists say the effects of the most powerful El Nino since 1997-98 will very likely persist for another month or two. 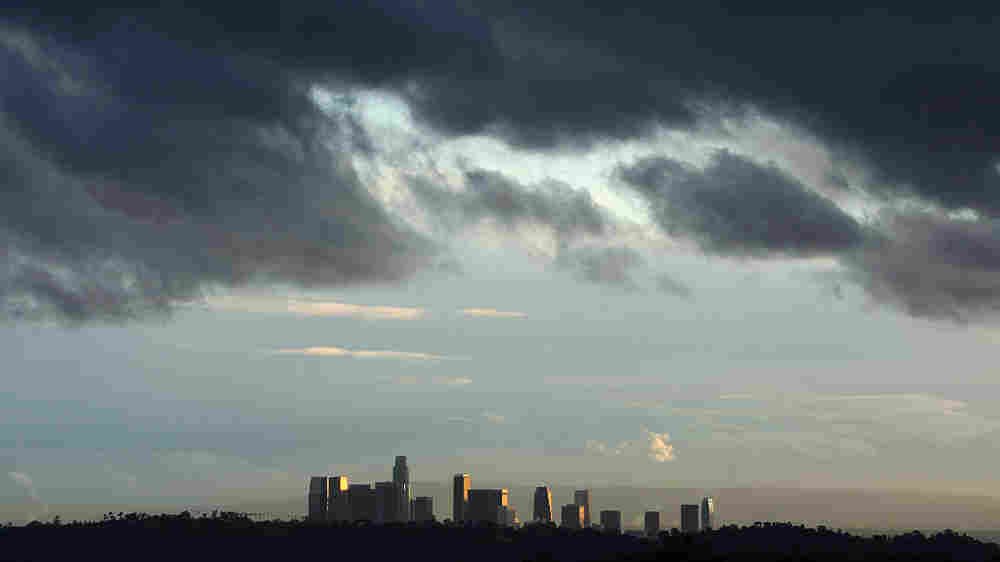 Storm clouds over Los Angeles. This year a strong El Nino has been responsible for severe weather over much of the U.S., including the heavy rains in California. David McNew/Getty Images hide caption

Major snowstorms are set to bury the mid-Atlantic states this weekend after record snowfalls in December. Last month California was awash in rain. The Gulf states have seen heavy weather lately as well.

Turns out it's not just a run of bad luck. What's behind a lot of this winter's weather is El Nino, the tropical weather pattern that starts in the Pacific.

Scientists knew last summer that this was going to be an El Nino year. But it wasn't until the winter that its effects really hit the United States.

The strong El Nino and the subsequent precipitation are a result of something that started thousands of miles out in the Pacific Ocean.

"Ocean temperatures across the equatorial and tropical Pacific Ocean are somewhere upwards of two degrees above average," says Mike Halpert, deputy director of the Climate Prediction Center at the National Oceanic and Atmospheric Administration. "So we have had what we would characterize as a strong El Nino." 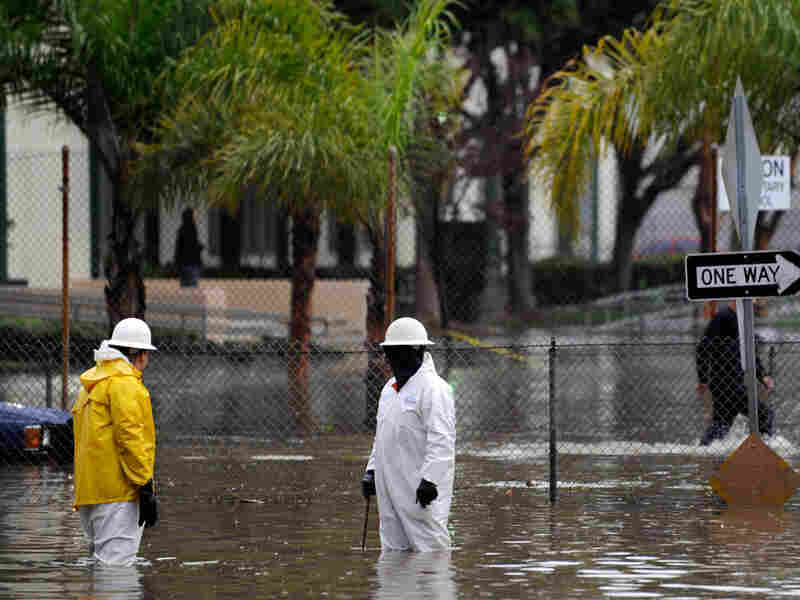 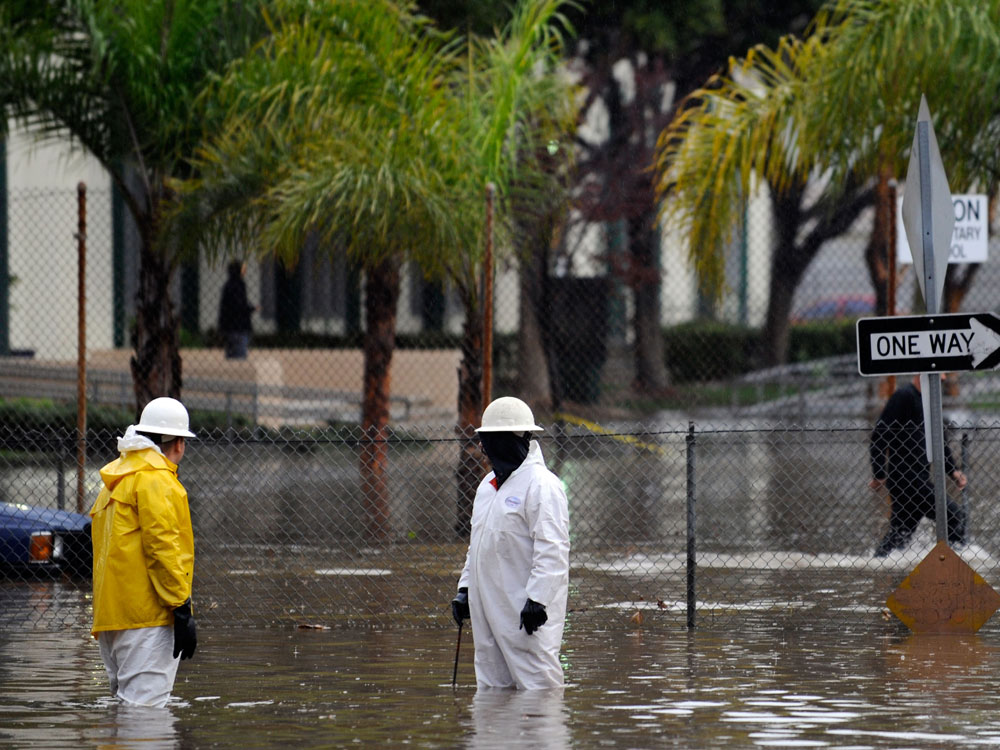 Workers clear a downed tree in a flooded intersection after heavy rain and strong winds hit Long Beach, Calif., in January. The region has experienced high volumes of storms this winter.

Scientists at the center say this is the strongest El Nino since the winter of 1997-98. What happens is that unusually warm sea surface temperatures in the western Pacific move east. That changes the heating pattern of the atmosphere, which in turn pulls the Pacific jet stream farther south. A jet stream is a fast and narrow current of air that travels high up in the atmosphere.

"And that jet stream is where we see a lot of storminess typically," says Halpert. "And we saw a very classical case of that, a superstrong jet extended all the way across the Pacific with storms impacting California one after the other."

A strong El Nino also alters another jet stream nearer to the equator that brings more storms to the Gulf area.

In fact, a strong El Nino plays havoc with weather from Indonesia to the Atlantic, but in different ways. Indonesia gets unusually dry weather, and in fact fires in parts of Indonesia have been frequent recently. Peru, on the west coast of South America, tends to get what California gets — flooding rains.

Halpert says storms are local events and no single storm can be attributed directly to the phenomenon. "One way to think of it is that El Nino conditions the atmosphere for these types of storms," he says.

Halpert also points out that scientists don't know yet whether climate change is influencing the frequency or strength of El Ninos.

Scientists say El Nino will very likely persist another month or two. That usually means drier than usual weather in the Pacific Northwest and Ohio Valley, wetter in the West and Southwest, and colder in the Southeast.

El Nino has done some good, though, in the Southwestern United States.

"Nobody can remember seeing such a small amount of drought on the map," he says, "So this El Nino has taken a pretty big bite out of some pretty severe drought conditions that had developed last summer."