Accessibility links
Orange Revolution May Fade To Black In Ukraine Ukrainians vote in a runoff presidential election Sunday, five years after the Orange Revolution swept in democratic reforms. If the pro-Russia candidate wins, Ukraine could re-establish ties with Russia, and one of Europe's major democratic revolutions could become a memory. 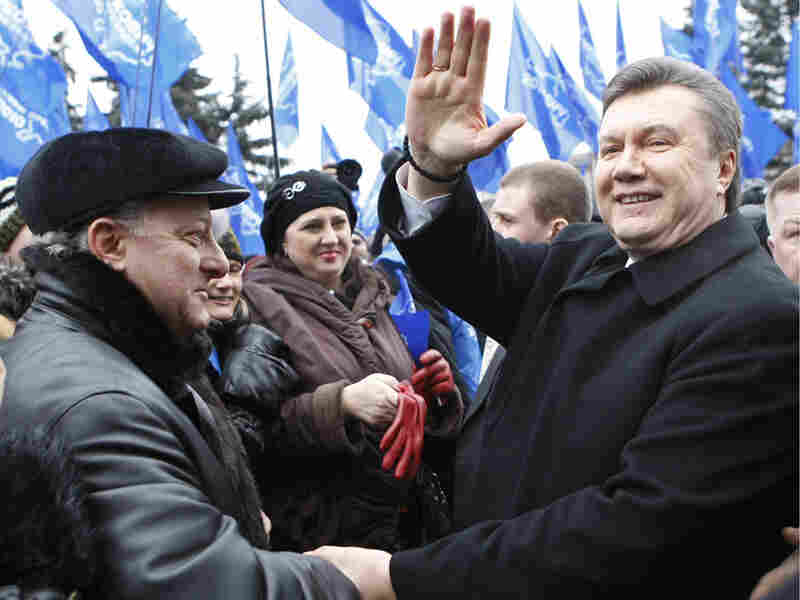 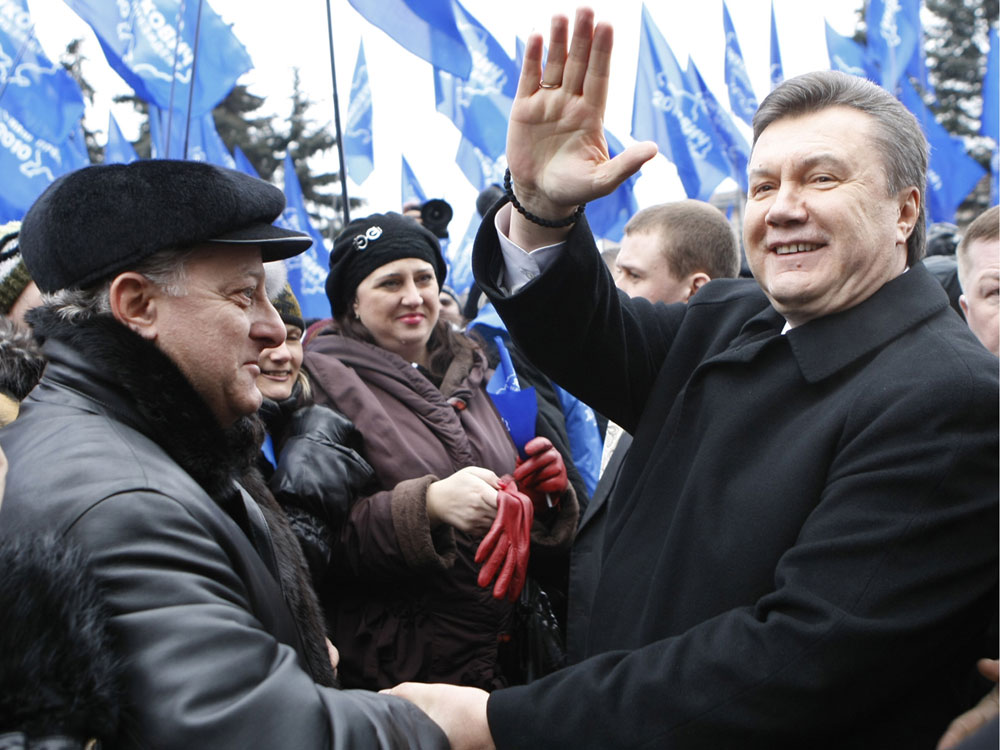 Voters in Ukraine head to the polls Sunday for a runoff presidential election, five years after the Orange Revolution took place in the former Soviet republic.

In late 2004 and early 2005, thousands of Ukrainians took to the streets demanding democracy. And a court responded, throwing out an election and declaring that a victory by Russia's favored candidate had been rigged.

Now, that candidate, Viktor Yanukovych, has made a stunning political comeback. If he wins the presidency Sunday, Ukraine could take a different course, re-establishing close ties with Russia. Meanwhile, one of Europe's important democratic revolutions could become a memory.

Yanukovych represents Ukraine's past. He was part of a Kremlin-backed regime that led Ukraine for years with an authoritarian style and opened the door only slightly to democracy.

But now, Yanukovych is running what feels almost like an American-style presidential campaign. It even includes a chartered plane for reporters — only it's a 1969 Soviet-era plane with propellers and a scratchy PA system.

Yanukovych's rallies are a show. Just as a big-name pop or country star might warm up the crowd at a U.S. political campaign, Ukrainian singer Taisia Povaliy revs things up for the candidate, who is trying to manage a careful balance.

They're all bandits. Yanukovych is just our bandit.

People like some of what he represents, especially in eastern Ukraine, where Russian is spoken far more than Ukrainian.

He told a crowd of thousands in the coal-mining city of Donetsk that if he becomes president, he will sign a law protecting a Ukrainian's right to speak and do business in Russian.

But while many Ukrainians say they're looking for a leader with his tough style, they don't want to return to their authoritarian past. That public sentiment explains why Yanukovych has tried to shed his old image as a stooge of Moscow.

In an interview this week, he stuck to that script and said that as president, he would look westward.

"Ukraine must integrate into the European Union. Ukraine has to introduce social standards and technical standards of Europe. And I will strive to sign a free-trade agreement with the EU," he said.

Yanukovych won the first round of presidential voting last month. And in this Sunday's runoff, he faces a familiar foe, Prime Minister Yulia Tymoshenko. During the Orange Revolution, she made Yanukovych a villain, calling Ukrainians into the streets to protest his apparent victory.

Five years on, Ukrainians are disappointed. They feel the experiment of the Orange Revolution hasn't made life better. The economy has worsened.

The conditions paved the way for the Orange Revolution's enemy to come back. Yanukovych is a former mechanic from eastern Ukraine, a tall, broad-shouldered tough guy who doesn't mince his words.

"In the last five years, Ukraine lost very much. These have been lost years in the development of Ukraine," he said.

Yanukovych isn't a squeaky-clean politician: He once served jail time on assault charges. His opponent in this election has played up his long-standing ties to Ukraine's rich and powerful, the so-called oligarchs.

None of this is lost on voters. Coal miner Roman Fyodorov says that Yanukovych isn't his ideal president.

"They're all bandits," he says. "Yanukovych is just our bandit."

And that's been the message from many of Yanukovych's supporters: They feel like there's nowhere else to turn.

At one campaign rally, a group of students says it is hard to describe how tough it has been finding jobs and planning a future.

One of the students, Anastasia Gurevich, says she likes that Yanukovych isn't promising the moon, which leaders of the Orange Revolution did.

She and many other voters feel the brand of democracy that arrived in 2004 hasn't worked. So they're deciding where Ukraine goes from here.