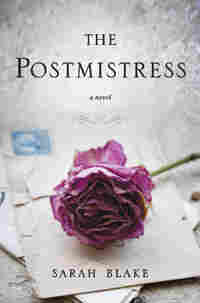 There were years after it happened, after I'd returned from the town and come back here to the busy blank of the city, when some comment would be tossed off about the Second World War and how it had gone -- some idiotic remark about clarity and purpose -- and I'd resist the urge to stub out my cigarette and bring the dinner party to a satisfying halt. But these days so many wars are being carried on in full view of all of us, and there is so much talk of pattern and intent (as if a war can be conducted like music), well, last night I couldn’t help myself.

'What would you think of a postmistress who chose not to deliver the mail?' I asked.

'Don’t tell me any more,' a woman from the far end of the table cried in delight, shining and laughing between the candles. 'I’m hooked already.'

I watched the question take hold. Mail, actual letters written by hand, being pocketed undelivered. What a lark! Anything might happen. Marriages might founder. Or not take place! Candlelight glanced off the silverware into eyes widening with the thought of such a trick. Around the table the possibilities unfurled. A man might escape the bill collector's note. The letter assuring a young man of his first job might never arrive, forcing him to look elsewhere.

'And be perfectly happy,' suggested one of the older men, smiling at the irony of it.

'And would she tell anyone about it?'

'Oh no,' the woman across from me decided quickly. 'That would spoil the pleasure.'

'Oh, so she did it for pleasure?' Her companion gave her bare shoulder a little tap.

'No. Pleasure is too small a theme,' the host pronounced. 'She must be a believer of some sort. A scientist of a kind. Someone who planned to watch the machinery grind down. A saboteur.' He smiled across the candles at his wife. 'It’s a great story.'

Then came the quiet.'

'Illegal,' the host reached over and filled her glass. 'When was this?'

'Then?' Now the host was shocked. I nodded. Somehow this had deepened the question. These days, errancy cannot go long undetected. Someone can pick up the phone and call. There are e- mails and faxes. But then. When a letter was often the sole carrier of news. The thought of a postmaster tampering with one 's letters home, or out to the boys. It wasn't at all in keeping with our idea of the times.

'Because it would have been too much for us?' The host tried to laugh it off.

'It was too much for me,' I answered.

The lark had ended. The host rose abruptly to uncork another bottle.

The woman down at the other end of the table studied me, still unconvinced that I could be telling her the truth. Writers. They are not to be trusted with our hearts.

Never mind, I thought. I am old. And tired of the terrible clarity of the young. And all of you are young these days.

Long ago, I believed that, given a choice, people would turn to good as they would to the light. I believed that reporting -- honest, unflinching pictures of the truth -- could be a beacon to lead us to demand that wrongs be righted, injustices punished, and the weak and the innocent cared for. I must have believed, when I started out, that the shoulder of public opinion could be put up against the door of public indifference and would, when given the proper direction, shove it wide with the power of wanting to stand on the side of angels.

But I have covered far too many wars -- reporting how they were seeded, nourished, and let sprout -- to believe in angels anymore, or, for that matter, in a single beam of truth to shine into the dark. Every story -- love or war -- is a story about looking left when we should have been looking right.

Or so it seems to me.

Here is the war story I never filed. I began it at the end of the forties, when I could see quite clearly, and charged myself with getting it right, getting it sharper, all this while. What I knew at the time is pieced together here with the parts I couldn’t have known, but imagine to be true.

And the girl I was -- Frankie Bard, radio gal -- lives on these pages as someone I knew, once.

From The Postmistress by Sarah Blake. Copyright 2010 by Sarah Blake. Reprinted with permission of Amy Einhorn Books/G.P. Putnam's Sons, a member of The Penguin Group (USA) Inc. 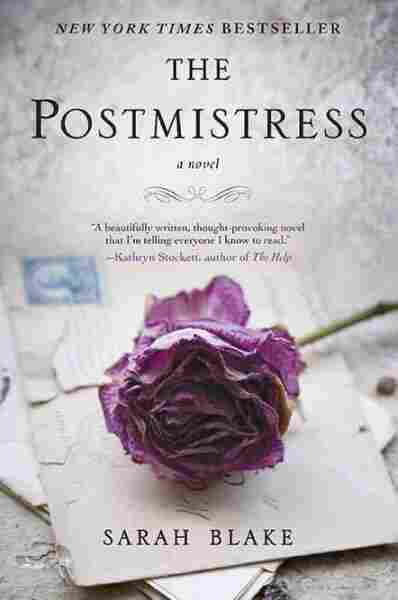