Accessibility links
For Telecommuters, It's Not About Going To Work Some companies have no traditional office at all — and they like it that way. At one multimillion-dollar company, all 40 employees telecommute. The firm weeds out job applicants who look down on working from home. 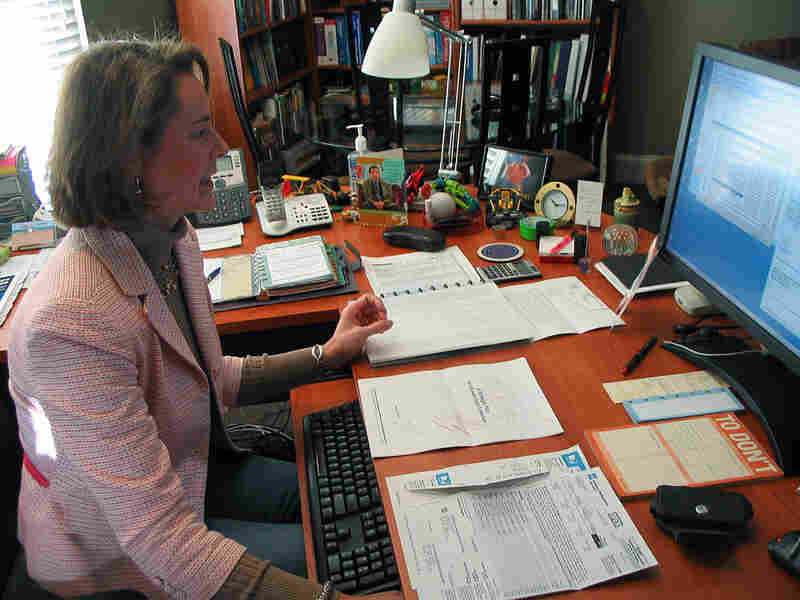 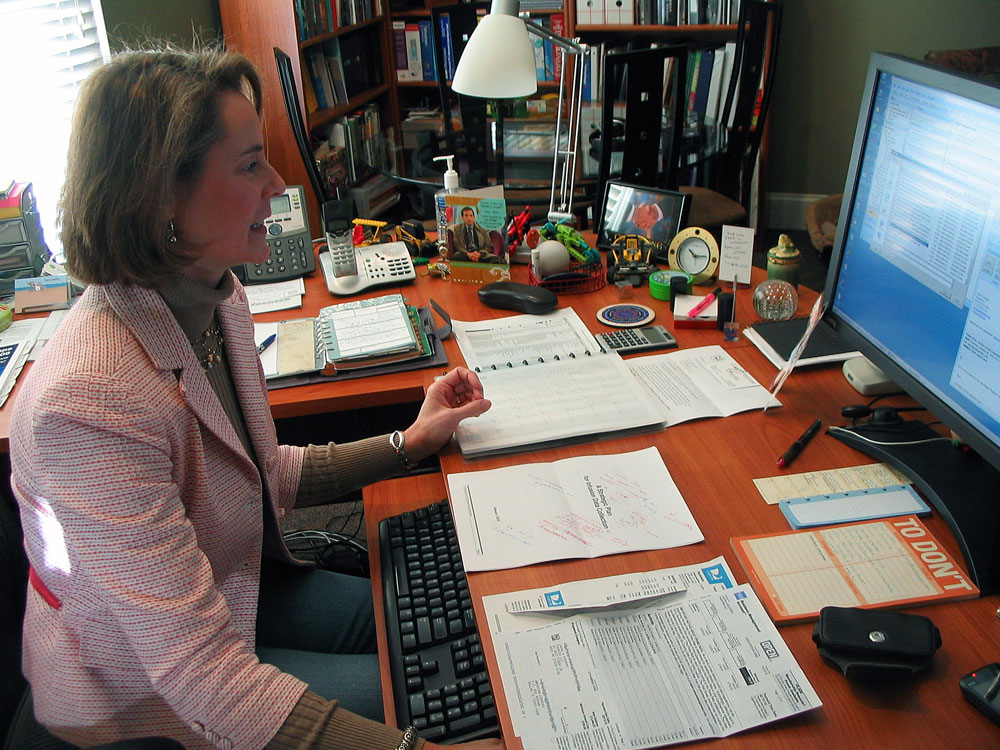 Laura Schoppe founded a company whose entire staff is required to work from home.

There's no longer anything novel about the way Laura Schoppe does her job. Each workday, she goes upstairs to her office above the garage of her rural North Carolina home. And surrounded by her two dogs, Zoey and Bella, she runs a multimillion-dollar company called Fuentek that helps its clients commercialize new technology.

While it's not unusual nowadays for people to work from home, Schoppe's company takes the idea to an extreme. All 40 people who work for Fuentek are required to telecommute. Schoppe calls Fuentek a "virtual company," with no traditional office at all.

More than a third of companies now allow at least some employees to do their jobs from home. As telecommuting becomes more mainstream, a handful of states provide tax credits to encourage it, and the Obama administration is advocating it as a way to reduce traffic and promote work-family balance.

No Bricks And Mortar

Some companies, like Fuentek, even have built their whole business model around workers who stay at home.

"When I started this in 2001, right from the start, the idea was that it was all going to be home-based," she says. "To create a brick-and-mortar environment really wouldn't have provided any better service for our clients, and it really wasn't what we were looking for."

Schoppe says the decision was a practical one at first. When she founded the consulting firm with just two other people, they saw no need for formal office space. But as Fuentek grew — and began hiring engineers, technical writers and others — she found they were more productive when they worked from home and set their own schedules.

"I think you get better loyalty. I think people are more willing to get the job done," she says. "And part of that is that flexibility of allowing people to have their personal life or their family life be primary."

Completely office-less companies like Fuentek are rare, but working from home is growing more popular at all kinds of employers. A 2008 survey by a consortium called World at Work found that some 17 million Americans telecommuted at least part time. Consultant Maryann Perrin, who helps employers adopt flexible work arrangements, says telecommuting has become common in companies large and small.

"As they look at their business growing, this bricks and mortar that's going to have to grow along with it is extremely costly," Perrin says. "And they've realized if they can take more advantage of telework, that they can have a significant impact on the bottom line."

Perrin says, though, that a successful telecommuting strategy involves more than just packing up an employee's stuff and sending him home. New teleworkers may need to go through training on technical things — like how to use remote software — and on lifestyle issues, like balancing work and family. Supervisors also might need training to manage people they can't see.

University of Maryland marketing professor P.K. Kannan says his research has found that about a third of people who can telecommute rarely do so, often because they're afraid their boss won't like it.

"It seemed like there was some stigma associated with telecommuting," Kannan says. "Some people are saying it's a career suicide. 'If you're out of sight, you're out of mind, so I really don't want to telecommute even though I could.' "

Fuentek tries to screen out job applicants who harbor negative feelings about telecommuting. Jack Spain, who handles recruiting for the company, uses an electronic questionnaire. Spain says he can detect whether an applicant will be too needy.

Spain says Fuentek has had few problems with its workforce of home-based professionals. But he concedes that telecommuting isn't for everybody.

Some workers, he says, tend to thrive on the camaraderie, meetings and structured hierarchy of a traditional office job — things that can't be replicated at home.