Accessibility links
Blue Whales Croon A New Tune Blue whales are updating their playlist, according to new research on the huge mammals. One scientist says it's because they've got more reason to sing. 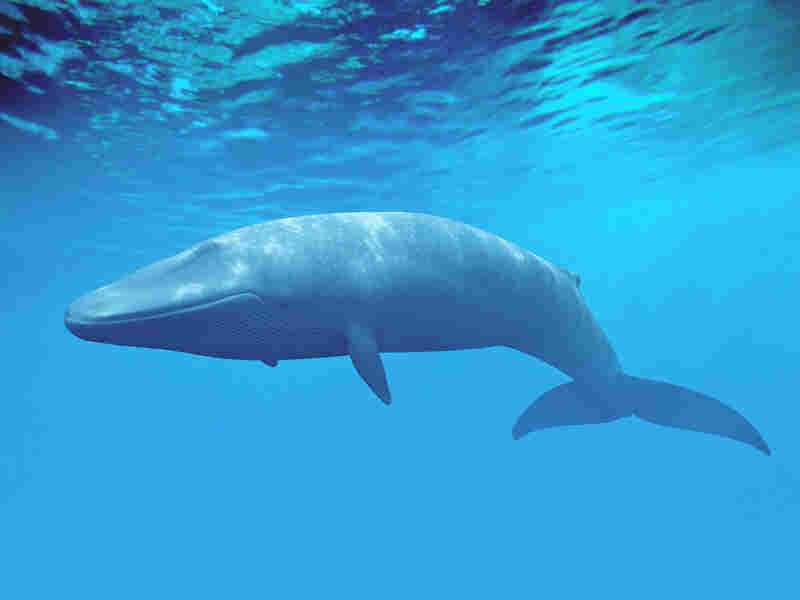 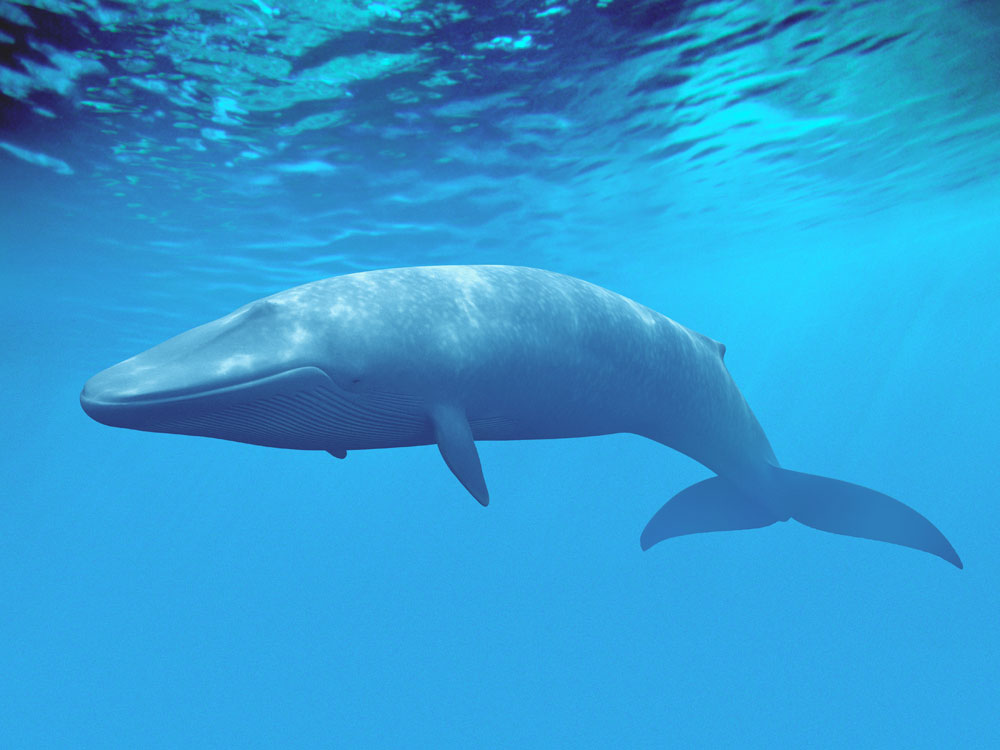 Blue whales have been singing at an increasingly lower pitch year after year.

Blue whales are updating their playlist, according to new research on the huge mammals.

It's not quite West Side Story, but male blue whales use songs to warn away other males and attract females. It's a pulsing sound, more like a large piece of machinery than the Jets and the Sharks.

But that song has been changing.

John Hildebrand of the Scripps Institution of Oceanography studies whale sounds and says he's been hearing something new lately.

Hildebrand believes the change is tied to the elimination of blue whale hunting. Before hunting was banned in 1966, the numbers of blue whales were dangerously low.

"Worldwide in the early '60s, there probably would have been a few thousand," he says.

Those low numbers meant there were few females available to hear a male's come-hither song. For males in that situation, "there's a push to have the sound go to higher frequency so that more of the girls can hear it."

In other words, the guys had to shout to be heard. But now that blue whales are more numerous, Hildebrand thinks the males have gone back to singing bass because it makes them sound bigger and more attractive to females. He says males of many species use lower tones to attract mates.

"In fact, human females, if you put some headphones on and play a bunch of male voices and you tell them to pick out the sexy voice, do they pick the weak little voice or do they pick the big booming voice?" Hildebrand says. "You know the answer."

No one disputes the finding that blue whale songs have gone down in pitch. But Hildebrand's theory of why it's happened has raised some eyebrows.

"It's a great anthropomorphism to suggest that the whales have thought this through," says Richard Ellis, a whale expert at New York's Natural History Museum.

Still, Hildebrand says, if a lower tone becomes an advantage to some males, it will be copied by others.