Accessibility links
Leukemia Claims Talk-Show Icon Tom Snyder His smoke-filled interviews were a staple of late-night TV. He had struggled with leukemia since at least 2005. Known for his improvised, casual style and robust laughter, Snyder's guests included John Lennon, Charles Manson and Johnny Rotten of the Sex Pistols. 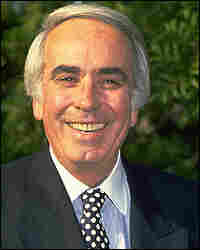 Tom Snyder's big laugh and singular style made him one of TV's most recognizable figures. Diane Freed/Getty Images hide caption 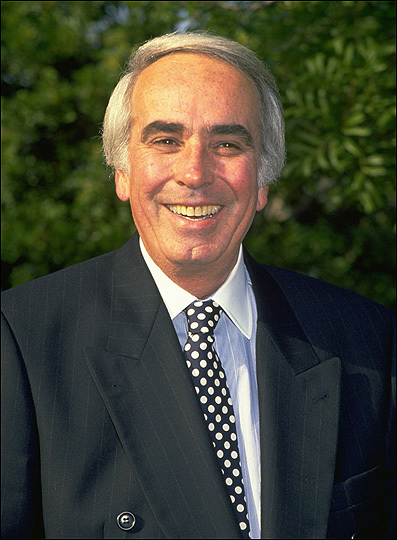 Tom Snyder's big laugh and singular style made him one of TV's most recognizable figures.

Talk show host Tom Snyder, whose smoke-filled interviews were a staple of late night television, has died after a struggle with leukemia. He was 71.

Known for his improvised, casual style and robust laughter, Snyder conducted a number of memorable interviews as host of NBC's The Tomorrow Show. Among his guests were John Lennon, Charles Manson and Johnny Rotten of the Sex Pistols.

Snyder began his career as a radio reporter in Milwaukee in the 1960s, then moved into local television news. He anchored newscasts in Philadelphia and Los Angeles before moving to late night.

"He loved the broadcast business," said Marciarose Shestack, who co-anchored a noontime newscast with Snyder at KYW-TV in Philadelphia in the 1960s. "He was very surprising and very irreverent and not at all a typical newscaster."

In 1972, Snyder left news to host The Tomorrow Show, which followed The Tonight Show with Johnny Carson.

His catch phrase for the show was: "Fire up a colortini, sit back, relax, and watch the pictures, now, as they fly through the air." Snyder smoked throughout his show, the cigarette cloud swirling around him during interviews.

He gained more fame when Dan Ackroyd lampooned him in the early days of Saturday Night Live.

In 1995, he returned to late night television as the host of The Late Late Show with Tom Snyder on CBS. The program followed David Letterman's Late Show until 1998, when Snyder was replaced by Craig Kilborn.

Snyder announced on his Web site in 2005 that he had chronic lymphocytic leukemia.

"When I was a kid leukemia was a death sentence," he wrote then. "Now, my doctors say it's treatable!"

Horowicz met Snyder in 1982 and worked with him at WABC in New York before producing the Tom Snyder television show.

"He was a great guy and very talented," Horowicz said.

Snyder is survived by his daughter and longtime girlfriend, who live in the Bay Area.