Accessibility links
Imagining 'The Next Hundred Million' Americans The U.S. population is expected to reach 400 million by mid-century. In his book, The Next Hundred Million: America in 2050, Joel Kotkin argues that future will be green, diverse and suburban. Kotkin explains how the nation's changing demographics will transform American life and communities.

Imagining 'The Next Hundred Million' Americans

Imagining 'The Next Hundred Million' Americans

The U.S. population is expected to reach 400 million by mid-century. In his book, The Next Hundred Million: America in 2050, Joel Kotkin argues that future will be green, diverse and suburban. Kotkin explains how the nation's changing demographics will transform American life and communities.

Excerpt: 'The Next Hundred Million' 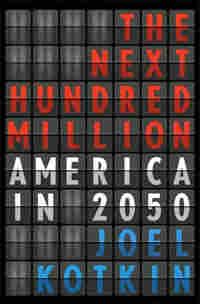 This book is inspired by a remarkable fact: in stark contrast to its more rapidly aging rivals in Europe and Asia, America's population is expected to expand dramatically in coming decades. According to the most conservative estimates, the United States by 2050 will be home to at least four hundred million people, roughly one hundred million more than live here today. But because of America's unique demographic trajectory among advanced countries, it should emerge by midcentury as the most affluent, culturally rich, and successful nation in human history.

The addition of a hundred million more residents also will place new stresses on the environment, challenging the country to build homes, communities, and businesses that can sustain an expanding and ever-more-diverse society. America will inevitably become a more complex, crowded, and competitive place, highly dependent, as it has been throughout its history, on its people's innovative and entrepreneurial spirit.

The United States of 2050 will look very different from the country that existed just a decade ago, at the dawn of the new millennium. Between 2000 and 2050 the vast majority of America's net population growth will be in its racial minorities, particularly Asians and Hispanics, as well as in a growing mixed-race population. Our experiment with creating what Walt Whitman described as "the race of races" will continue to evolve. By midcentury the United States will be a "white country"

no longer but rather a staggering amalgam of racial, ethnic, and religious groups, all participants in the construction of a new civilization whose roots lie not in any one country or continent but across the entirety of human cultures and racial types. No other advanced, populous country will enjoy such ethnic diversity.

These demographic changes will affect America's relations with the rest of the world. The United States likely will remain militarily preeminent, but it may well be wary of its long experience in "leading" the world through force or through overweening economic or political power. America's wars of the late 20th and early 21st centuries — in Vietnam, Iraq, and Afghanistan — have shown the limits of superpower status in a world marked by technological diffusion, fierce economic competition, and ever-more-sophisticated unconventional warfare.

Instead the future United States will seek to exercise its influence primarily through technological and cultural innovation and through the dynamism of its diverse society. The election of Barack Obama, the nation's first African-American president, displayed this development to the world. In this sense the primacy of America in 2050 will rest, as Thomas Jefferson saw back in 1817, "not on conquest, but in principles of compact and equality."

Such long-term optimism may seem out of place in the wake of the great economic recession that began in late 2007. The downturn has devastated the national economy and appears to some Americans to be the prelude to a new dark age. Many critical elements of the American dream, such as home ownership, have slipped away from millions of families, at least for the short term. Confidence in the financial system and capitalism itself has fallen to historic lows, as has belief in the political parties, despite the immense popularity in some quarters of the current president. Huge parts of the country's industrial base, most notably the automobile industry, have experienced a massive contraction while many other critical concerns — from health care and education to basic infrastructural needs — still remain to be fully addressed.

Yet this book looks beyond short-term hardship and seeks to illuminate the paths that can lead to a potentially brighter future. America's robust population growth represents just one reason to believe that the United States will remain ascendant in this new era. With proper dedication to its ancient ideals and an embrace of new technology, the United States can emerge as a land of unprecedented opportunity: a youthful, evolving nation amid an advanced industrial world beset by old age, bitter ethnic conflicts, and erratically functioning economic institutions.

This surge in growth, like previous boom eras, will impose itself on the national landscape and reshape the national geography. Scores of new communities will have to be built to accommodate the next hundred million Americans. This will create a massive demand for new housing, as well as industrial and commercial space. This growth will be variously expressed, from the widespread "infilling" of once desolate inner cities, to the creation of new suburban and exurban towns, to the resettling of the American Heartland — the vast, still sparsely populated regions that constitute the vast majority of the U.S. landmass. In order to accommodate the next hundred million Americans, new environmentally friendly technologies and infrastructure will be required, to reduce commutes by bringing work closer to or even into the home and by finding more energy efficient means of transportation.

But technology represents only one critical aspect of this successful future. Only a society rooted both in traditional values and in social tolerance can support such vast changes in the physical landscape. The country's ever-more-diverse population will generate many of our future society's new ideas, technological innovations, and cultural expressions. They will supply the critical manpower to run the increasingly automated and highly specialized factories, efficient farms both large and small, and scientific laboratories of the 21st century. And they will be a primary source for the teachers, caretakers, and hospital workers needed to both raise large numbers of children and cope with an increasing number of the aged.

The America of 2050 will be radically transformed, but it will still reflect the basic ideal that has driven its evolution from the beginning — a rejection of the fatalism and hierarchy characteristic of most older societies. The central government and giant private institutions can play a critical role in helping meet what will no doubt be daunting obstacles, but basic faith in the individual, family, and community will remain the fundamental instruments for securing the country's future.

Excerpted from The Next Hundred Million: America in 2050 by Joel Kotkin. Reprinted by arrangement with The Penguin Press, a member of Penguin Group (USA), Inc. Copyright (c) February, 2010. 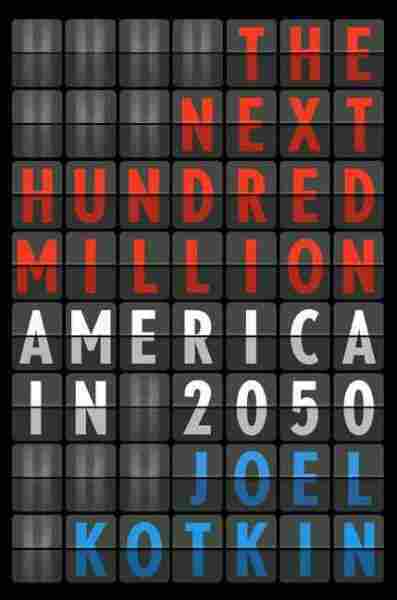