Accessibility links
Mahalia Jackson: Voice Of The Civil Rights Movement The gospel singer was born about 100 years ago in New Orleans, and when she was 16, she traveled the well-worn path up the Mississippi to Chicago. Beginning in the 1940s, she was one of the first singers to take gospel out of the church, drawing white audiences and selling millions of records. In the process, she inspired generations of singers. 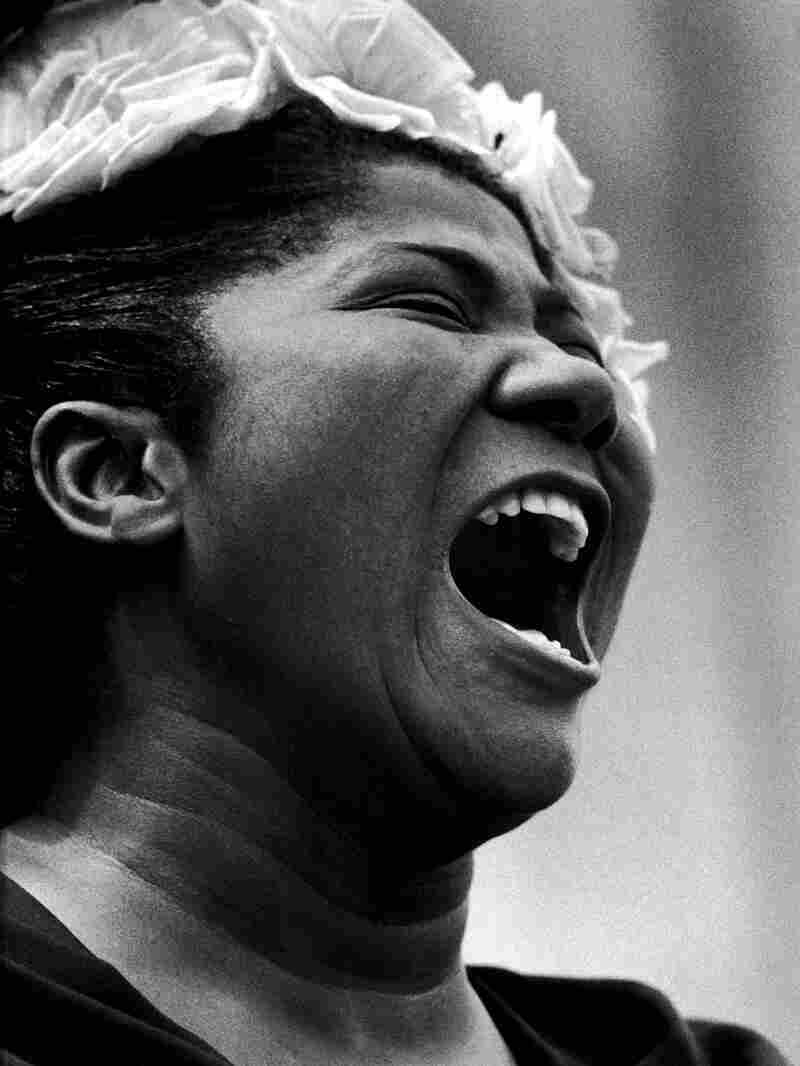 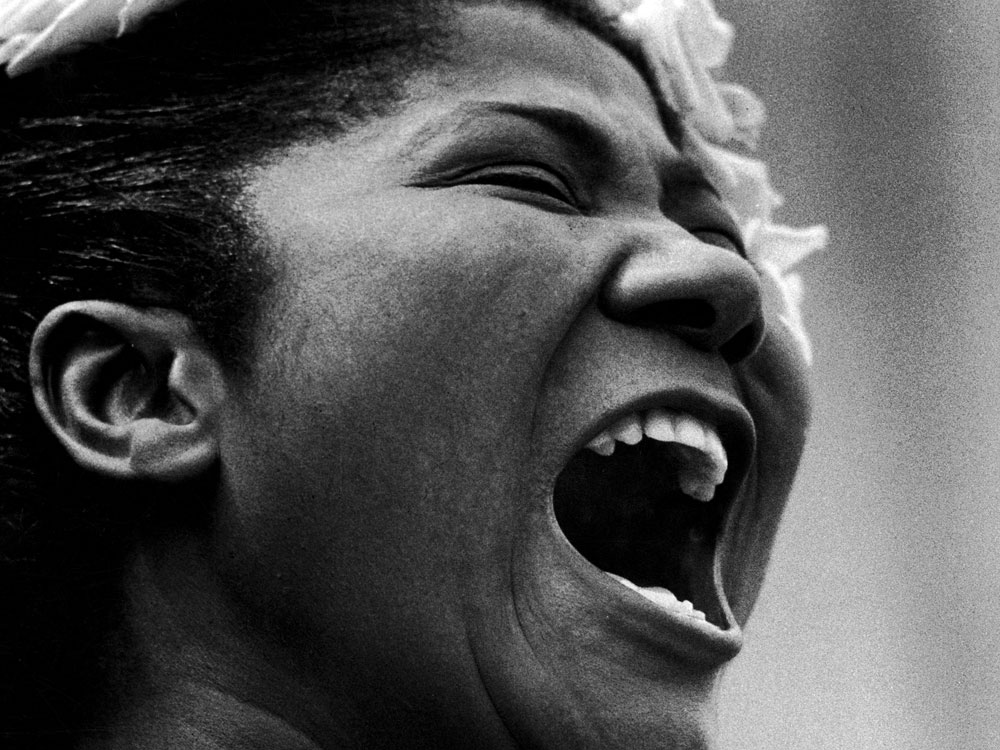 Mahalia Jackson sings at a Prayer Pilgrimage for Freedom in May 1957.

When you hear the voice, you know the woman.

"That's where the power comes from," says the Rev. Jesse Jackson, who first met the singer in the 1960s. "When there is no gap between what you say and who you are, what you say and what you believe — when you can express that in song, it is all the more powerful."

Mahalia Jackson was born in 1911 in New Orleans. When she was 16, she traveled the well-worn path up the Mississippi River to Chicago.

Beginning in the 1940s, she was one of the first singers to take gospel out of the church, drawing white audiences and selling millions of records. She inspired generations of singers, including Aretha Franklin, Della Reese, Albertina Walker and Mavis Staples of The Staples Singers.

"The ministers in the churches didn't want her singing in their church, because she would put a beat behind these traditional gospel songs," Staples says. "They would say, 'She's singing the blues.' "

And when Jackson brought her brand of gospel to the recording studio, it could cause trouble, as well, says the Rev. Stanley Keeble of Chicago's Gospel Music Heritage Museum.

For example, she worked with the great Mitch Miller.

"Mahalia had him pulling out his hair at the recording session," Keeble says. "Mahalia had a problem staying within those time measures that he had set. And gospel music is more inspirational than time-induced."

In her determination to keep her music reflective of her faith and personal vision, Mahalia Jackson could stand up to producers, preachers and even friends. Louis Armstrong was one of many who begged her to try jazz or pop, but she steadfastly insisted on singing only gospel.

Her voice became the soundtrack of the civil rights movement. Jesse Jackson says that, when a young Martin Luther King Jr. called on her, she never refused, traveling with him to the deepest parts of the segregated south. Mahalia Jackson sang at Selma, the March on Washington and King's funeral.

"She put her career and faith on the line, and both of them prevailed," Jesse Jackson says. "And, of course, when she got through with the big meetings, she could cook as good as she could sing."

When food is cooked with love and soul, you can taste it. Her friends say that what made Mahalia Jackson a great singer is what made her a great cook: Her heart and her home were always open, especially to the young. Mavis Staples says you can feel her love and faith after all these years.