Accessibility links
Thanks To Hulu, Indie Film 'Strictly Sexual' Hits Big Hulu's most-watched movie is not, as the title might suggest, just about sex. Strictly Sexual, despite never making it to the big screen, has made more than 10 times its cost because of its success on Hulu. This could mean the Internet is a good place for independent filmmakers to thrive. 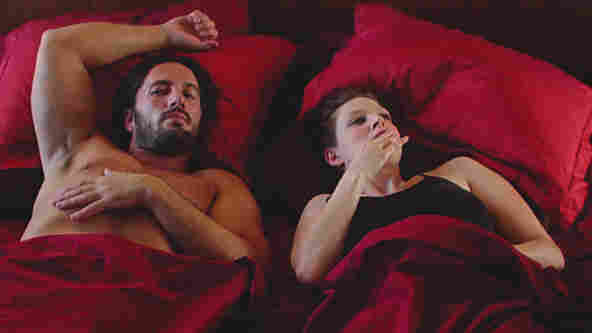 It's hard to predict what today's merging worlds of television, the Internet and streaming video will eventually become.

But there's one rule that has made an easy transition from analog to the digital domain: Sex sells.

Strictly Sexual is a romantic comedy that never made it to the big screen — but it has been watched by millions on desktops and laptops.

It's about two working professional women who have given up on relationships and decide to employ a couple of gigolos to fill the void.

"OK, you understand we don't want boyfriends, we don't want relationships," one woman says in the movie. "We want two guys to service us. This is strictly sexual." 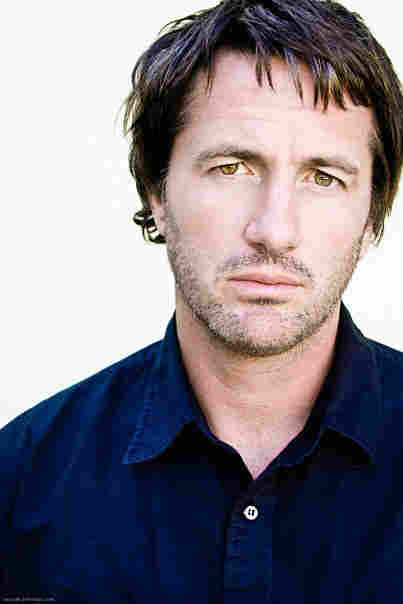 Stevie Long, who wrote and acted in Strictly Sexual, says the movie has made more than 10 times its operating budget despite never being shown in theaters. Courtesy of Hyphenate Films hide caption

"Really the movie is about love and intimacy," Long says. "But if I was to title the film 'Love and Intimacy,' I'm sure that people would think it's pretentious and never watch it."

Yet Strictly Sexual is the most-watched movie of all time on Hulu.com.

The film has no big-name stars and never had a theatrical release.

But Long got it into the hands of a company that distributes films on cable and the Internet.

'I Had No Idea What Hulu Was'

"I woke up one morning and found a dozen or so messages in my Facebook inbox, saying, 'Hey, I just saw this film, and it really touched me, and I love the way it talks about breakups and relationships,' " Long says. "And I just scratched my head, saying, 'Where'd you see my movie?' I had no idea what Hulu was. God bless the people who had the foresight to put it up there."

Hulu.com, for those who still don't know, is an incredibly popular video-streaming Web site.

One online measurement service, ComScore, reported that more than 1 billion videos were watched on Hulu in December 2009 alone.

It carries some movies and a lot of popular television shows, such as Lost, The Office and Family Guy.

Long figures that people stumbled upon his film on Hulu while catching up on their favorite TV shows.

"We were hoping that, in a perfect world, that it would open on 2,000 screens — that Harvey Weinstein would put it all across America," Long says. "We were fortunate in that the timing of the Internet and the ability to watch movies came about at the same time. I didn't have any ego about it as an artist, I just wanted my movie to be seen."

Film Raked In More Than 10 Times Its Production Cost

Hulu won't provide an exact view count for Strictly Sexual, but there are enough people watching to make Long a profit.

When asked for the hard numbers, Long is coy.

Whether they click on it or not, Long has already proven that the Internet is a place where independent filmmakers can thrive.

That is, if the title is right.

The audio and a previous Web version of this story incorrectly named Stevie Long as the director of the movie. While Long wrote and acted in the film, the director was Joel Viertel.