Accessibility links
Creepy Or Clever, Ads Offer Adventures In Voyeurism Before there was online dating, there was the personal ad. Author David Rose compiles clever, charming — and sometimes creepy — personals in Sexually, I'm More of a Switzerland. Rose's favorite ads tend to include the phrase, "You know who you are." 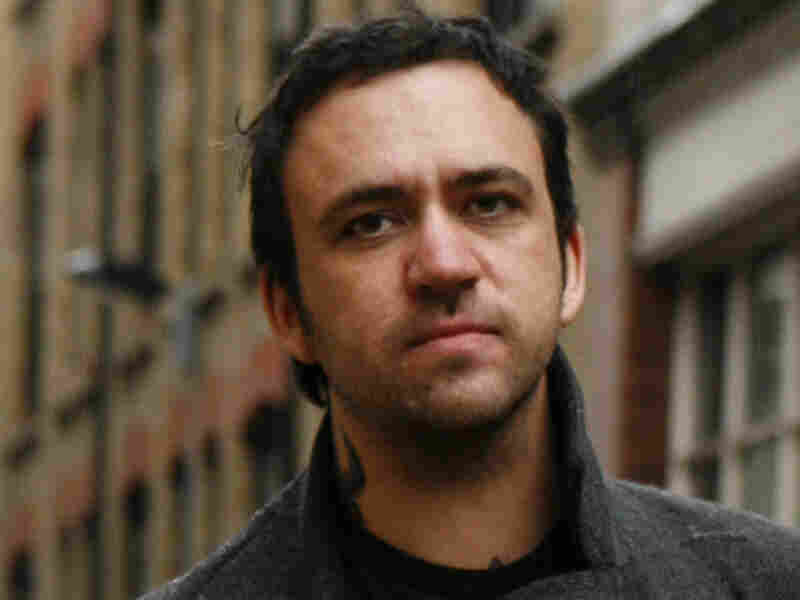 "Honestly, I've mutated into all of these people," says author David Rose, when asked whether he gets tired of reading personal ads. Jonathan Player/Courtesy of Simon and Schuster Inc. hide caption 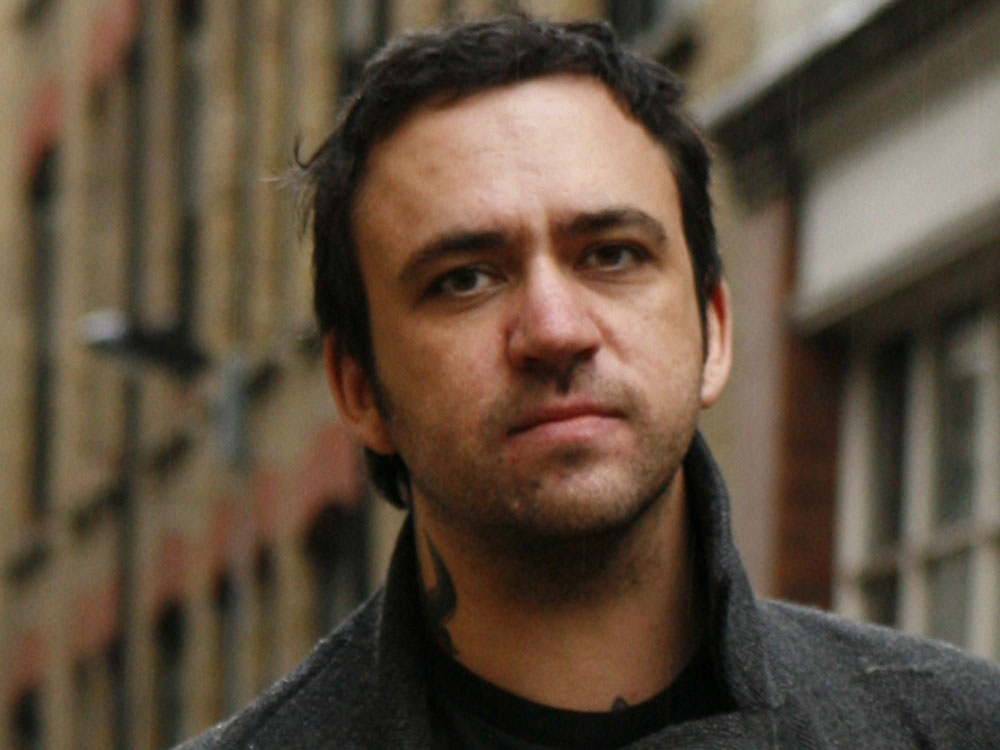 "Honestly, I've mutated into all of these people," says author David Rose, when asked whether he gets tired of reading personal ads.

Long before we mastered the 140-character thought on Twitter, there was the personal ad, where paying by the word encourages concentrated brevity in the romantic resume. In his new book, Sexually, I'm More of a Switzerland, author David Rose compiles personal ads from the London Review of Books.

Reading the collection is like taking a voyeuristic adventure inside the clever, charming — and sometimes creepy — hearts of lonely wits:

I scrimshawed this advert from the tusk of a walrus. Now make love to me. Pathetic man, 49.

Woman, 36, would love to meet man to 40 who doesn't try to high-five her after sex. You know who you are.

There are some common themes running through the ads of this collection: ads with the line, "you know who you are"; advertisers billing themselves as pathetic men; ads that reference the advertiser's physical afflictions; and ads written by seemingly psychotic women.

Rose particularly likes the "you know who you are" ads.

"They've advertised before, or they've met these readers before and they've had bad experiences, and they're kind of putting that out there — 'You should not apply — you know who you are,' " he tells NPR's Melissa Block. "I love those ones. I think they're my favorites."

Rose sees these ads as small vignettes about the people who write them. "You really get an absolute snapshot of a person's life with those things," he says.

Rose says the English can be awkward when it comes to personal ads — unlike Americans, Rose says, who have no qualms about pointing out their positive qualities. The English are more low-key in personal ads, he says.

"There's very much a Monty Python feel to some of these things, I think," says Rose, who wrote the earlier collection They Call Me Naughty Lola. "That very British intellectual way of being very, very serious, and yet you look below the table, and these people are wearing stockings and high-heels."

Sexually, I'm More Of A Switzerland

Paper Over Board, 192 pages

I vacillate wildly between a number of archetypes including, but not limited to, Muriel Spark witticism-trading doyenne, Mariella Frostrup charismatic socialite, brooding, intense Marianne Faithful visionary, and kleptomaniac Germaine Greer amateur upholsterer and ladies' league darts champion. Woman, 43. Everything I just said was a lie. Apart from the bit about darts. And kleptomania. Great tits though. Box no. 2236.

Rippling hunk of a guy; washboard stomach, blonde, blue-eyed, not quite 50, WLTM woman with open mind and some experience of hallucinogens. Box no. 4532.

This advert may well be the Cadillac of all lonely hearts adverts, but its driver is the arthritic granddad with a catalogue of driving convictions. Arthritic granddad (67) with a catalogue of driving convictions including 'Driving whilst trying to turn the dang wipers off', 'Driving whilst wondering if his urology appointment has come through', and 'Driving whilst "Hey! Isn't that where your Aunt Maude's first husband lived after the divorce came through? He's settled in Jersey now. I could never stand him – he used to do this thing with his teeth..."' WLTM someone who knows how stop the oven from beeping. Box no. 9729.

Last time I placed an advert in here I got a great response from a lovely man who seemed ideal (remember those letters, swapping bits of Yeats with lines from Dylan songs?). We arranged to meet at a nice restaurant South of the Thames. Unfortunately I missed the date because on the way out of my flat I popped a Kegel*. That was almost three years ago, but after several surgical pubococcygeus restorative procedures and 30 months of contracting and relaxing and stopping mid-flow I'm finally ready for that Italian meal you promised. If you're still out there, Carl from Highbury, get in touch with Wendy, now 49 and fit enough downstairs to crack a walnut. Otherwise any man to 55 who isn't afraid of surgical knickers. Box no. 9376.

The usual hyperbole infuses this ad with a whiff of playful narcissism and Falstaffian bathos. But scratch below the surface and you'll soon find that I really am the greatest man ever to have lived. Truly great man, 37. Better than Elvis and Ghandi. You'll never be a genuinely worthy partner, but try anyway by first replying to box no. 7637. Include a full list of qualifications, your aspirations, and a full frontal nude body shot.

Nothing says 'I love you' in a more sincere way than being woken with champagne and pastries and roses. Apart from a dog with peanut butter on the roof of his mouth. Write, we'll meet, sleep together and – in the morning, just before my friend's wife tells me to get off their sofa and get out of their house – I'll show you Winston's trick. It's hilarious. You'll have to bring the peanut butter though – they've put locks on all the kitchen cupboards. Man, 26. Box no. 6433.

My success as a lover is matched only by my success in the field of astronomy. Man, 37. WLTM woman to 40 with eyes as big and as bright as those stars that come up over by the trees opposite my house at about 9pm every night, then every 15 minutes or so. You know the ones. I call them the Regular Magic Tree Stars. They may be comets. Or planes. Or something. Whatever. Write, we'll have sex, you'll love it. Box no. 8909.

There's something about austere cleanliness that makes my sex engine purr like a kitten. Man, 37, could possibly attract a woman if only I could think of better openers. Box no. 2213.

The last time I wrote a lonely heart advert my dog ate it and subsequently choked to death. I'm hoping for better results with this one. Woman. 38. Box no. 5435.

Don't refer to your biceps as 'guns' and you may stand a chance of me not wanting to kill you at the next LRB singles night. You know who you are. F, 37. Always remembers a face and any subsequent associations of despair. Box no. 8791.

Woman, 38. WLTM man to 45 who doesn't name his genitals after German chancellors. You know who you are and, no, I don't want to meet either Bismarck, Bethmann Hollweg, or Prince Chlodwig zu Hohenlohe-Schillingsfürst*, however admirable the independence he gave to secretaries of state may have been. Box no. 5739.

Stop with all the small talk. I've a full tub of margarine and a set of Yahtzee dice with your name on them. The Jenga's at my place, but first, Newsnight. Man, 47. Box no. 1119.

From Sexually, I'm More Of A Switzerland by David Rose. Copyright 2010 by LRB Ltd. Excerpted by permission of Simon & Schuster, Inc. All Rights Reserved. 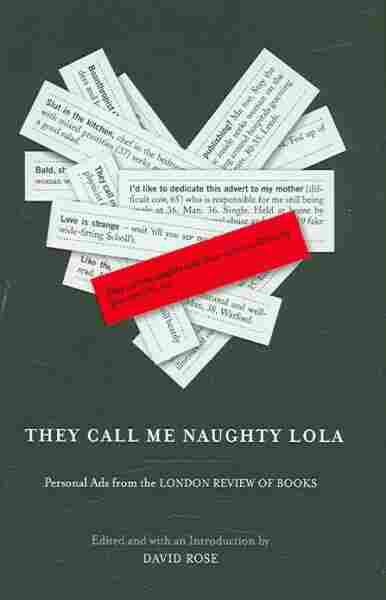 They Call Me Naughty Lola

Personal Ads from the London Review of Books

Sexually, I'm More of a Switzerland

More Personal Ads from the London Review of Books