Excerpt: 'The Garden of the Finzi-Continis'

Excerpt: 'The Garden of the Finzi-Continis' 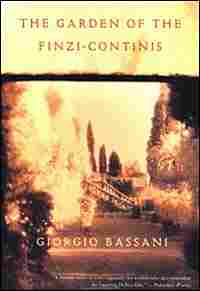 The Garden of the Finzi-Continis

The heart, to be sure, always has something to say about what is to come, to him who heeds it. But what does the heart know? Only a little of what has already happened.-I promessi sposi, chapter viii

For many years I wanted to write about the Finzi-Continis – about Micòl and Alberto, about Professor Ermanno and Signora Olga – and about all the others who inhabited or, like me, frequented the house in Corso Ercole I d'Este, in Ferrara, just before the outbreak of the last war. But the stimulus, the impulse to do it really came to me only a year ago, on a Sunday in April 1957.

It was during one of those usual weekend excursions. I was with a group of friends, divined between two automobiles, and we had set off along the Via Aurelia immediately after midday dinner, without a specific destination. A few miles from Santa Marinella, attracted by the towers of a medieval castle that had suddenly loomed up on the left, we turned off onto a narrow dirt road, then ended up strolling, scatted along the desolate beach that extended at the foot of the castle: The building, on closer inspection, much less medieval than it had promised from afar, when, from the highway, we had seen it outlined against the light over the blue and dazzling desert of the Tyrrhenian. With the wind blowing straight at us, sand in our eyes, deafened by the din of the backwash, unable even to visit the interior of the castle, because we were not provided with written permission from some Roman bank or other; we felt deeply discontent, irritated at having to leave Rome on a day like this, which now, at the seaside, was proving as inclement as if it were winter.

We walked up and down for perhaps twenty minutes, following the arc of the beach. The only jolly person of the company was a little girl of nine, daughter of the young couple in whose car I was riding. Thrilled by the same wind, the sea, the mad eddies of sand, Giannini gave her gay, expansive nature free rein. Though her mother tried to forbid it, she had taken off her shoes and stockings. She rushed towards the waves attacking the shore, and allowed her legs to get wet up to the knees. She seemed to be having the time of her life, in other words; and in fact, a little later, when we climbed back into the cars, I saw in her lively little cheeks, a passing shadow of frank regret.

After we had reached the Via Aurelia again, in five minutes' time we were in sight of the turnoff for Cerveteri. Since it had been decided that we were going straight back to Rome, I was sure we would go on. But instead, at this point, our car slowed down more than was necessary, and Giannina's father thrust his arm out of the window. He was signaling to the second car, about thirty yards behind us, his intention to turn left. He had changed his mind.

Thus we found ourselves driving along the smooth little paved road that quickly takes you to a small cluster of houses, mostly recent, and from there, proceeding tortuously towards the inland hills, to the famous Etruscan necropolis. Nobody asked for explanations, and I also remained silent.

After the village, the road began to climb slightly, forcing the car to slow down. We were now passing, at a few yards' distance, the so-called montarozzi, or mounds, which as far as Tarquinia, and even beyond, are scattered throughout that stretch of Latium north of Rome, more towards the hills than towards the sea. The area, really, is nothing but an immense, almost uninterrupted cemetery. Here the grass is greener, thicker, darker than that of the plain below, between the Aurelia and the Tyrrhenian: a sign that the ternal sirocco, blowing obliquely from the sea, when it arrives up here, has lost much of its brine along the way, and the moisture of the nearby mountains begins to exercise its beneficial influence on the vegetation.

'Where are we going?" Giannini asked.

Husband and wife were both sitting on the front seat, the child between them. The father took his hand off the wheel and placed it on his daughter's dark curls.

'We're going to take a look at some tombs that date back four or five thousand years,' he answered, in the tone of somebody beginning to tell a fairy tale, who therefore has no hesitation about exaggerating numbers. 'Etruscan tombs.'

'How sad!' Giannini sighed, pressing her neck against the back of the seat.

'Sad? Why? In school haven't they told you about the Etruscans?'

'In our history book the Etruscans are at the beginning, next to the Egyptians and the Jews. Tell me Papà: who do you think were more ancient, the Etruscans or the Jews?'

Her father burst out laughing.

'Ask that gentleman back there,' he said, jerking his thumb towards me. Giannina turned. Her mouth hidden by the top of the seat, she gave me a rapid glance, severe, filled with mistrust. I waited for her to repeat the question. But she didn't: she promptly turned around and looked straight ahead.

Coming down the road, which continued to rise slightly, flanked by a double row of cypresses, groups of villagers were approaching us, girls and young men. It was the Sunday stroll. Arm in arm, the girls at times formed chains that stretched to the center of the road. At the moment we passed them, we felt ourselves inspected through the windows by their laughing eyes, in which curiosity was mixed with a kind of strange pride, barely dissimulated contempt.

"Papà,' Gianninia asked again, 'why is it that ancient tombs are not as sad as new ones?'

A group more numerous than the others, occupying a good part of the road, and singing in chorus with no thought of making way for us, had forced the car almost to a stop. Her father shifted into second.

'That's obvious,' he answered. 'People who have just died are closer to us, and so we are fonder of them. The Etruscans, after all, have been dead for a long time' – again he was telling a fairy tale – 'so long it's as if they had never lived, as if they had always been dead.'

Another longer pause. At the end of it (we were already near the open space I front of the entrance to the necropolis, full of automobiles and buses), it was Giannina's turn to impart the lesson.

'But now, if you say that,' she ventured softly, 'you remind me that the Etruscans were also alive once, and so I'm fond of them, like everyone else.'

Our visit then to the necropolis, I recall, was completely affected by the extraordinary tenderness of this sentence. Giannina had prepared us to understand. It was she, the youngest, who somehow guided us.

We entered the most important tomb, the one that had belonged to the most noble Matuta family: a low underground room, that contains about twenty funeral beds set inside as many niches in the tufa walls, and heavily decorated with polychrome stucco figures of the dead, trusted objects of everyday life: hoes ropes, hatchets, scissors, spades, knives, bows, arrows, even hunting dogs and marsh fowl. And meanwhile, gladly dismissing any lingering notions of scrupulous philology, I tried to imagine what tangible significance, for the later Etruscans of Cerveteri, the Etruscans after the Roman conquest, there could be in the constant visiting of the cemetery at the edge of their city.

They came from the nearby village probably on foot – I let my imagination range – in family groups, packs of young people similar to those we had just encountered on the road, pairs of lovers or friends, or else alone; just as today, in provincial Italian villages, the cemetery gate is still the inevitable terminal point of every evening stroll. They moved among the cone-shaped tombs, solid and massive as the bunkers that the German soldiers scattered over Europe in vain during the last war (gradually, through the centuries, the hearses' iron wheels had hollowed two deep parallel furrows in the paved street that ran from one end of the cemetery to the other): tombs that certainly resembled, also in their interior form, the fortified dwellings of the living. The world changed, of course – they must have said to themselves – it was no longer what it had once been, when Etruria, with its confederation of free, aristocratic city-states, had dominated almost the whole Italian peninsula. New civilizations, more crude and popular, but also stronger and more inured, now reigned. But what did it matter?

Having entered the cemetery, where each of them possessed a second home, and within its resting place, all prepared, where soon he would lie beside his fathers, he must have considered eternity no longer an illusion, a fable, a promise of the priests. The future might cause all the upheavals it liked in the world. But still, there, in the brief enclosure sacred to the familiar dead, in the heart of those tombs where, along with the dead, they arranged to carry down everything that made life beautiful and desirable, in that defended, sheltered corner of the world: there at least (and their thought, their madness still hovered, after twenty-five centuries, around the conical mounds, covering with wild grasses), there at least nothing would ever change.

When we left, it was dark.

From Cerveteri to Rome the distance is not great, barely twenty-five miles. And yet it was not a brief journey. When we had gone halfway, the Aurelia began to grow jammed with cars coming from Ladispoli and Fregene. We had to proceed almost at walking pace.

But already, once again, in the calm and the somnolence (Giannina had also fallen asleep), I was returning in my memory to the years of my early youth, and to Ferrara, and to the Jewish cemetery at the end of Via Montebello. I saw again the great lawns dotted with trees, the tombstones and the pillars, more dense along the outside walls and the dividing walls inside, and, as if I actually had it before my eyes, the monumental tomb of the Finzi-Continis: an ugly tomb, of course – at home I had always heard them say so, since my childhood – but still imposing, signifying, if only for this reason, the family's importance.

And my heart ached as never before at the thought that in that tomb, erected, it seemed, to guarantee the perpetual repose of the man who commissioned it – his and his descendants' – only one, among all the Finzi-Continis I had known and loved, had managed to gain that repose. In fact the only one buried there is Alberto, the older son, who died in 1942 of a lymphogranulona. Whereas for Micòl, the second child, the daughter, and for her father, Professor Ermanno, and her mother, Signora Olga, and Signora Regina, Signora Olga's ancient, paralytic mother, all deported to Germany in the autumn of '43, who could say if they found any sort of burial at all?

Excerpted from The Garden of the Finzi-Continis by Giorgio Bassani. Copyright 1962 by Guilio Einaudi S.p.A., Torino. Reprinted by arrangement with Everyman's Library, an imprint of the Knopf Publishing Group, a division of Random House, Inc. 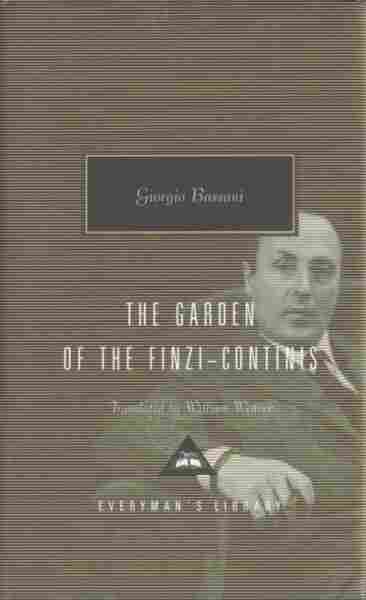 The Garden Of The Finzi-continis