Accessibility links
Move Over, Cupcake: Make Way For The Macaroon Hate to break it to you, but cupcakes are so 2005. The latest "it" dessert is the macaroon ... or macaron, if you want to be all French about it. The colorful little almond-and-air cookies have taken off in the U.S. — they've made cameos in Gossip Girl and at Starbucks, and make-your-own macaroon classes are selling out.

Cupcakes Are So 2005: The latest "it" dessert is the macaroon ... or macaron, if you want to be French about it. Kyle Samperton hide caption

Make Your Own Macaroons:

In the 1970s, it was Jell-O molds. In the 1980s, it was frozen yogurt. And for the past decade? Cupcakes, cupcakes, cupcakes. Trendy desserts have come and gone, and some foodies predict another treat is poised to be this decade's defining sweet: Bonjour, macaron!

The fad for macaroons, as they tend to be spelled in English, first came to my attention with a post on Amanda McClements' terrific Washington, D.C., food blog, Metrocurean.

Her argument about the rise of the colorful little almond-and-air cookies included the following: that the show Gossip Girl has fetishized the macaroon in a manner reminiscent of the way Sex and the City launched a cupcake boom; that Starbucks recently carried a limited edition of macaroons; and that white-hot designer Jason Wu (who designed Michelle Obama's inauguration gown) recently baked them in an issue of Food & Wine magazine. Plus, McClements says, she's just seeing them everywhere.

"It seems the little French confections are partout," she wrote. 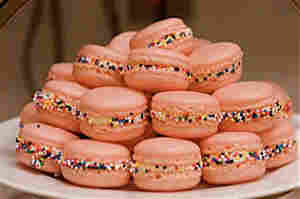 I contacted McClements and asked her to be my macaroon muse, my guide to the best macaroons in our city. She took me first to Restaurant Eve in Alexandria, Va., where the macaroons are made by Chef Ed Jiloca, who trained in California. His macaroons are fat with buttercream, and they come in American flavors like peanut butter and jelly, and birthday cake (complete with sprinkles).

More traditional macaroons were on the menu at Adour, the restaurant at Washington, D.C.'s St. Regis Hotel. Macaroons have become so popular there that the hotel sells them in boxes for guests to take home, and chef Fabrice Bendano has started offering macaroon-making classes in the restaurant kitchen. They regularly sell out.

"Macaroons are the new cupcake," said one young man in a Penn State sweatshirt at a recent class, as Bendano explained how to make rose-flavored white chocolate macaroons. "They're now the fashionable snack. We're trying to get ahead of the curve on that." 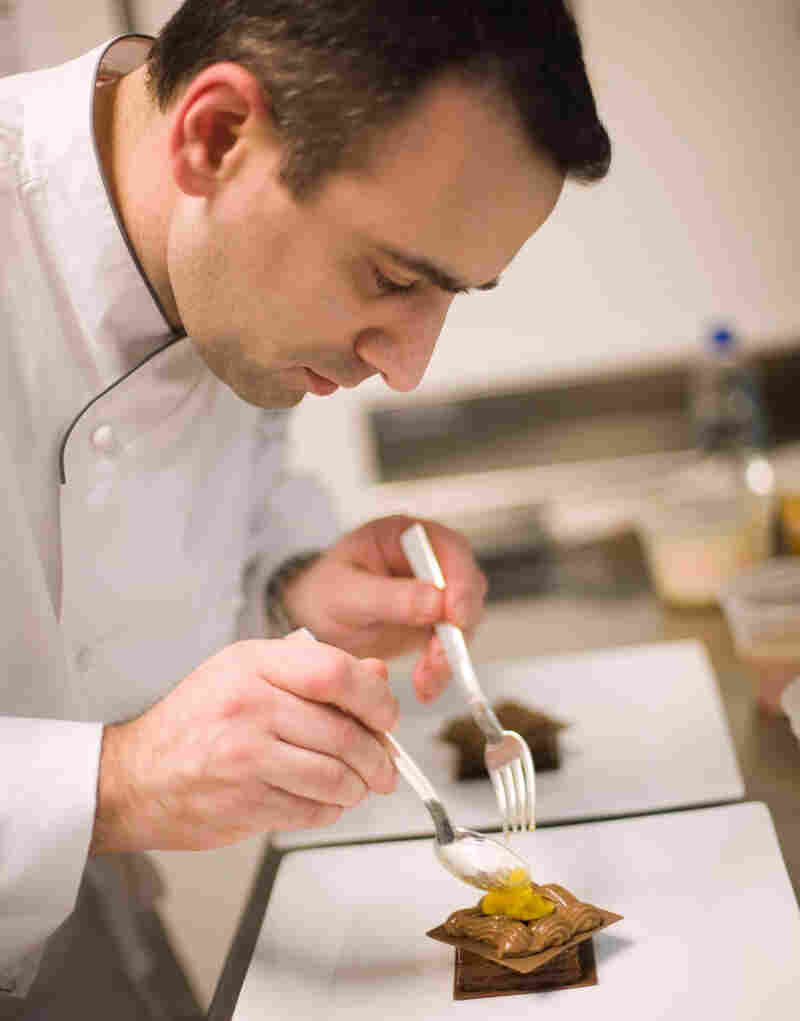 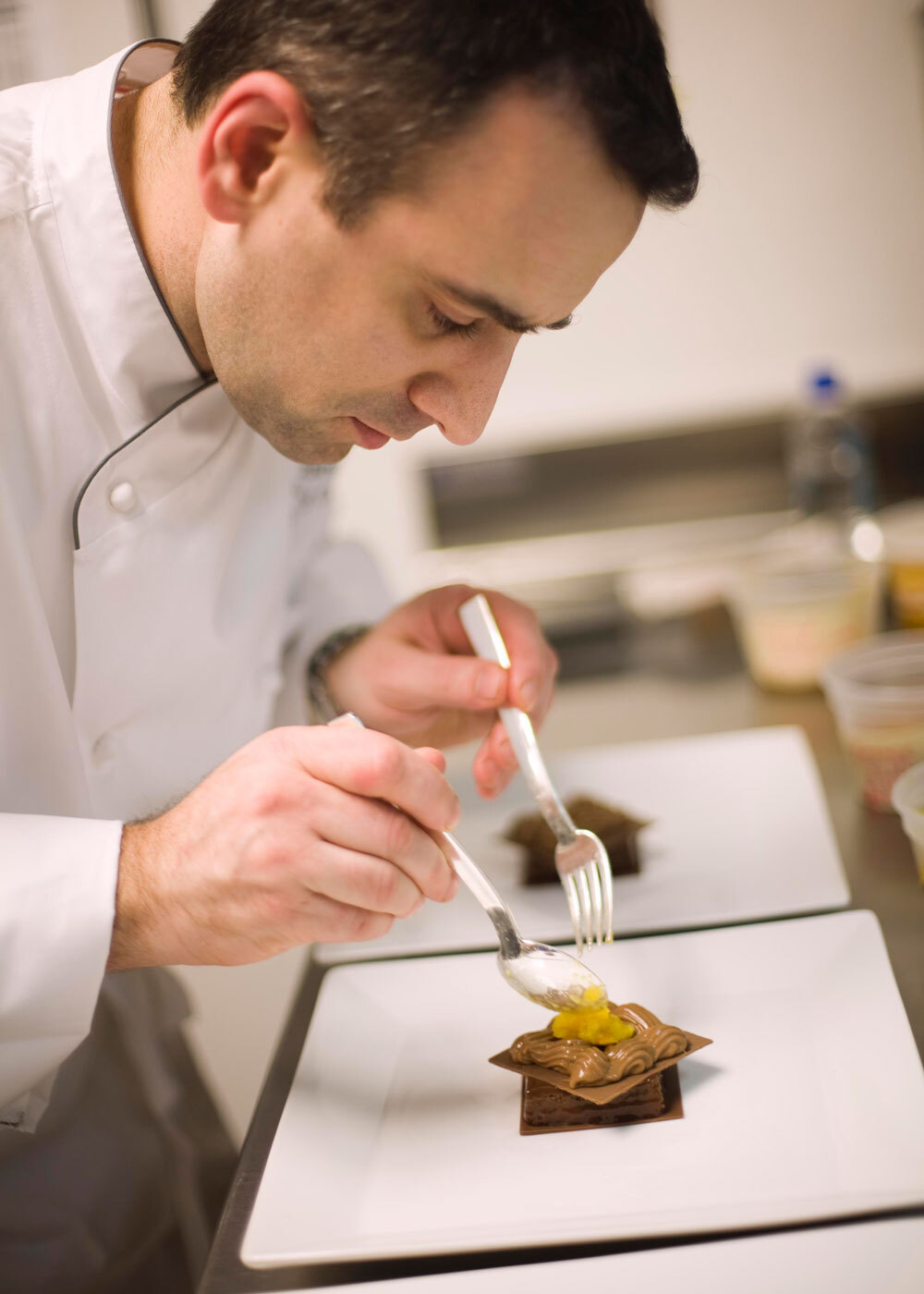 Another student in the class, 26-year-old Lindsay Einstein, wants to learn to make macaroons for a relative's wedding. But she's had terrible luck at home.

"Mine look like blobs of toothpaste," she sighed, gesturing to the shells she had just piped. "And his" — Chef Bendano's — "look like pink silver dollars."

(Note: After I filed this story, Einstein sent me a picture of a successful macaroon-making session at home. Congratulations for mastering the confection, Lindsay!)

"A ketchup macaroon — and he puts a bit of pickle on it," Jiloca says. "He did it as a joke, but it's become this staple, popular macaroon." 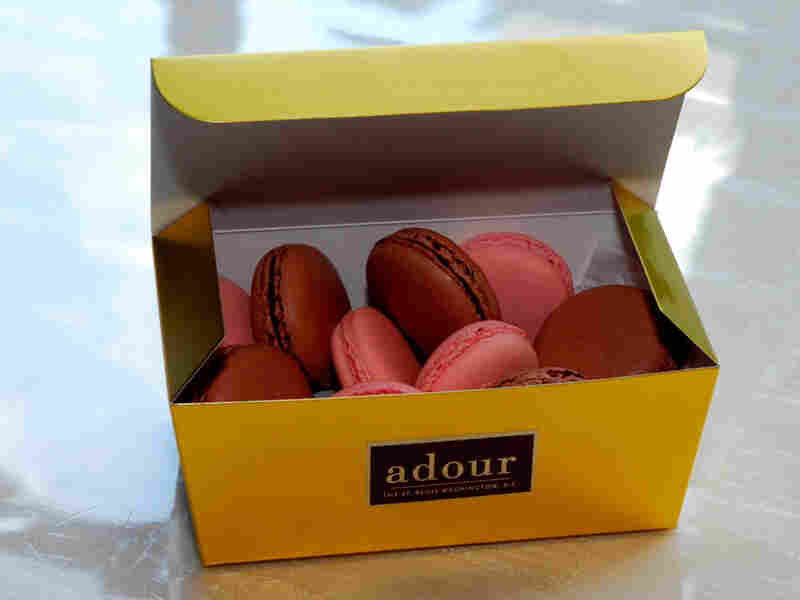 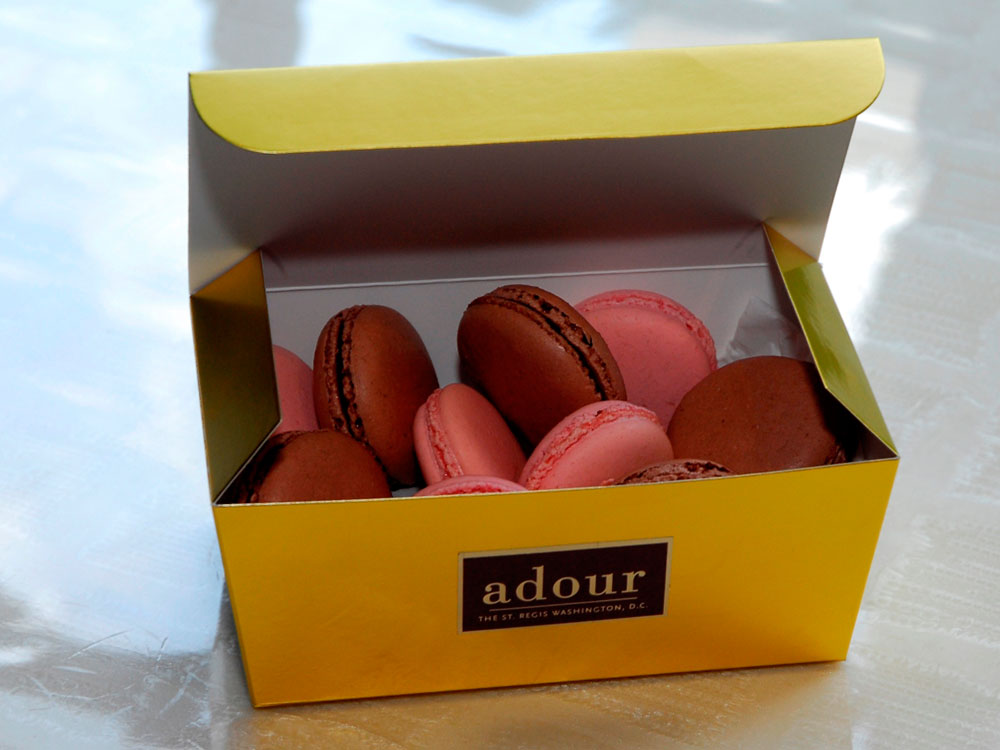 Blend almond flour and confectionery sugar together. After blended, sift. Spread on parchment paper and let dry for one day. The following day, add the egg whites to the mix and stir until it becomes paste.

Cook sugar in water until it has reached 250 degrees. While it is heating, whip the egg whites to stiff peaks. Slowly pour sugar mixture into egg whites on high speed. Let cool while whipping until the bowl is warm to the touch. Add food coloring. Whip an extra two to three minutes.

Stop mixer and add a small portion of the meringue into the paste. (Incorporating the meringue helps loosen the paste.) Add the rest of the meringue, then beat with spatula until fully mixed. When finished, pipe to desired size and shape. Let dry 20 to 30 minutes after piping.

Combine cream and 12 ounces of milk and bring to a boil.

Meantime, mix 6 ounces of milk with cornstarch, add salt, then pour the starch mixture into the cream mixture. Bring to a boil then add solid white chocolate. Mix, then add the butter and rose extract.

Let cool. Delicately make small coin shaped indentations in each macaroon disc with your thumb, pipe in filling and gently press discs together to assemble the macaroon.