Accessibility links
DNA Suggests Ancient Hunter Also Fought Baldness Scientists have sequenced most of the DNA of a 4,000-year-old human using tufts of hair found in Greenland. The researchers say this is the most complete reconstruction of ancient human DNA to date and reveals details not only of the man himself but also where his people came from. 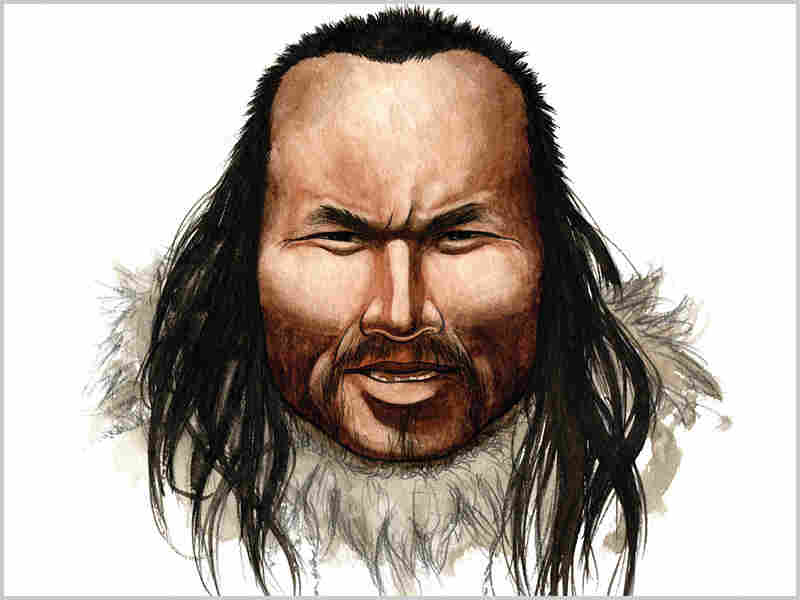 An artist's Impression of "Inuk," a 4,000-year-old human whose remains were found in Greenland. Scientists have sequenced most of his DNA using tufts of his hair found in the 1980s. Nuka Godfredsen hide caption 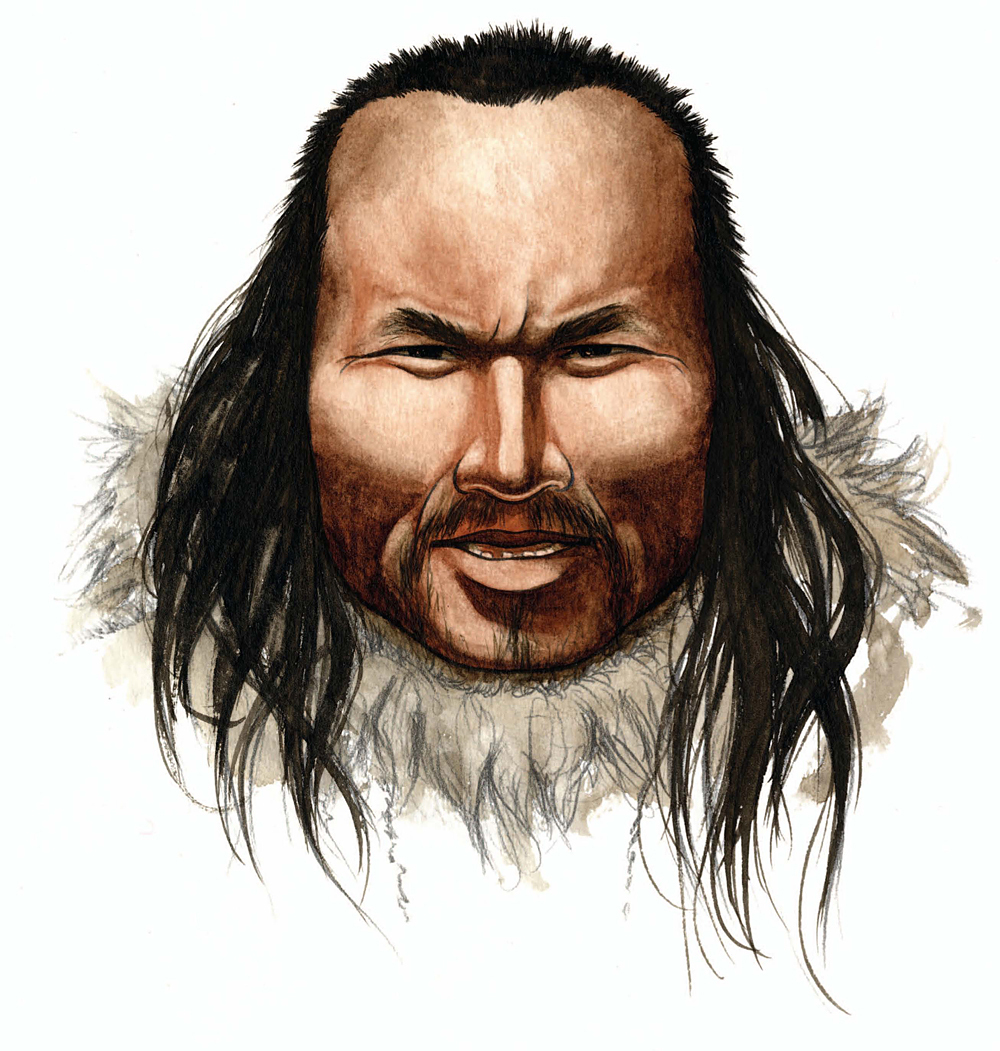 An artist's Impression of "Inuk," a 4,000-year-old human whose remains were found in Greenland. Scientists have sequenced most of his DNA using tufts of his hair found in the 1980s.

Four tufts of human hair found in the frozen ground of Greenland have yielded DNA from a man who lived and died there 4,000 years ago. The scientists who analyzed the hair say theirs is the most complete reconstruction of ancient human DNA ever accomplished. It reveals details not only of the man himself, dubbed "Inuk" by scientists, but also where his people came from.

The hair had been preserved by the cold and was unusually free of contamination from bacterial and other foreign DNA. A team of dozens of scientists sequenced most of the chemical units in Inuk's DNA.

Team leader Eske Willerslev, a evolutionary biologist from the University of Copenhagen, says their findings revealed a lot about Inuk. "We can show ... he was genetically adapted to cold temperatures," says Willerslev, who specializes in studying ancient DNA. "And we also can show with a very high probability that he had a tendency to baldness, that he had this blood type, you know he had this skin color, etc."

Inuk had type A-positive blood, to be exact. The man had thick hair, brown eyes, and dark skin. Moreover, of the two types of earwax that humans inherit, Inuk had the dry kind. All this from DNA in the hair. Additional chemical analysis showed that most of his diet was seafood or perhaps sea mammals like seals.

"Somebody would have told you 12 months ago, two years ago, certainly three years ago that this was impossible," says David Lambert, an evolutionary biologist at Griffiths University in Australia who does work on animal DNA.

Lambert says superfast gene sequencing machines made the discovery possible. "This is a remarkable feat to say the least, and if you look at the people who did this, it's quite a remarkable team as well."

What the scientists zoomed in on were single nucleotide polymorphisms, or SNPs. They're tiny variations in the pattern of chemical units that make up DNA. Think of strings of multicolored beads, with subtle variations from one string to the next. Brown-haired people have one set of beads; blonds, a different one. If you find a string and read its pattern, you know something about who was wearing it. It's the same with SNPs.

Willerslev says Inuk's SNPs reveal something else surprising: Inuk wasn't like the people now living in the North American and Greenland Arctic. His DNA closely matches people who live in Siberia, thousands of miles to the west.

Says Willerslev: "It's most likely, you know, an independent migration that came into the New World Arctic around 5,500 years ago and it didn't leave any present-day descendants in the New World."

Their culture is called Saqqaq. Willerslev says the Saqqaq must have crossed the Bering Strait from Siberia to North America and then to Greenland. They are thought to be the first people to inhabit Greenland, but they were eventually replaced by other cultural and ethnic groups that became the present-day Inuit and Native Americans.

Willerslev says up until now, maps of modern human DNA have revealed details of human evolution and migration. But inferring the past from present-day DNA is secondhand evidence.

"And that's where I think ancient DNA becomes very powerful," says Willerslev, "because it gives you a direct look into the past."

The research appears in the journal Nature. Willerslev's next project at the University of Copenhagen: hair from 8,000-year-old, South American mummies.

A Discovery That Almost Didn't Happen

Willerslev had gone to the natural history museum in Copenhagen asking for ancient human remains from the Arctic. The museum had some bones but wouldn't part with them. So Willerslev went to northern Greenland to look for himself. He found nothing but ice and rock. But back at the museum, he met a scientist who said, wait a minute.

"He said to me, 'Well, I'm pretty sure, you know, there is some probably human hair in the basement at the national museum,' " Willerslev recalls with a laugh. "It was kind of a 10-minute walk from where I'm living, and we actually found the sample in the basement there."

The hair had previously been collected in Greenland in the 1980s and forgotten.