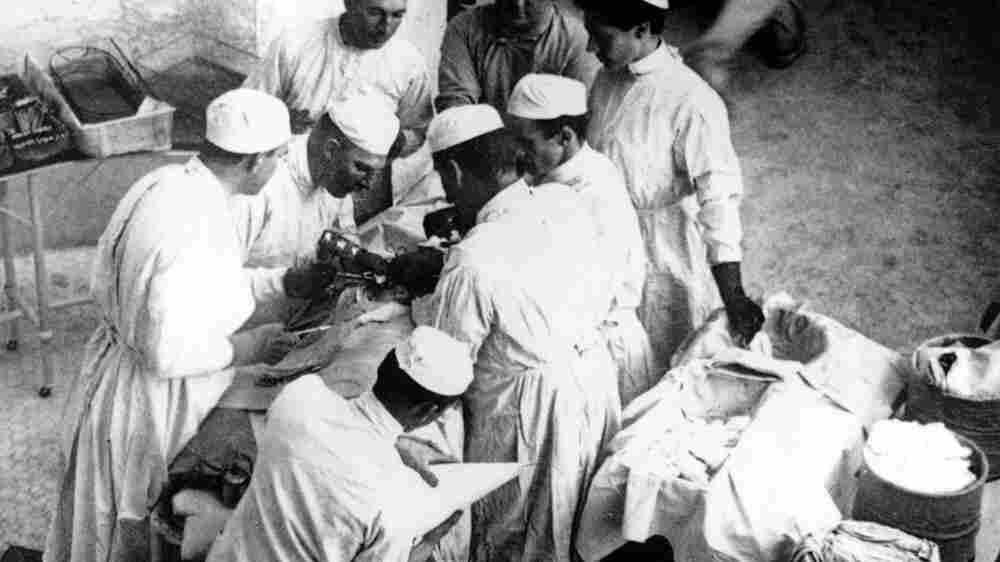 Dr. William Halsted (holding a mallet) operates on a patient at Johns Hopkins in 1904. hide caption 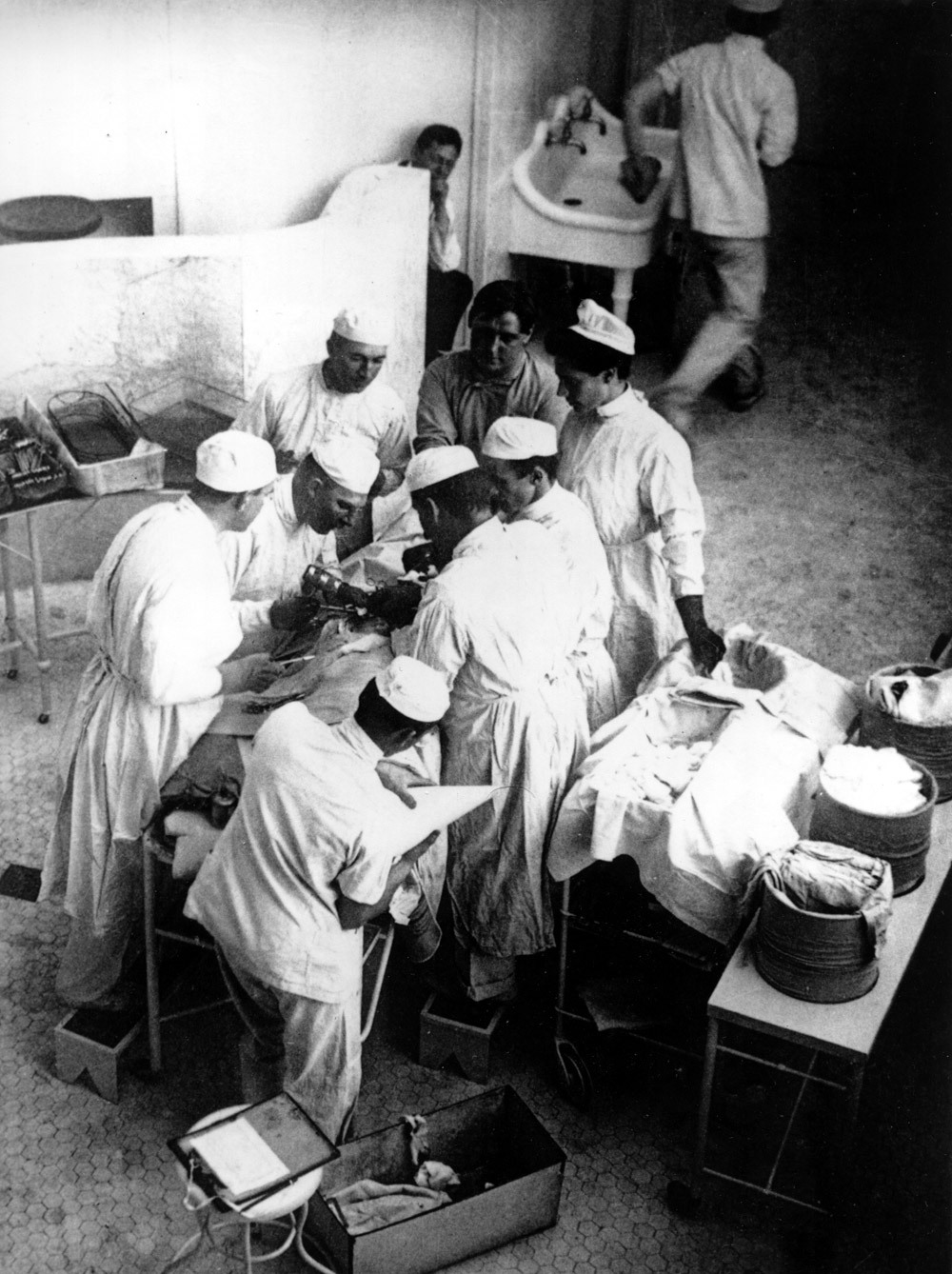 Dr. William Halsted (holding a mallet) operates on a patient at Johns Hopkins in 1904.

In the second half of the 19th century, New York City's population swelled from several hundred thousand to just over 2 million people. Conditions were not pleasant: Sewers were virtually nonexistent; piles of manure sat several inches high on sidewalks; and the city was overrun by disease.

Medical practices of the time were crude, at best: If surgical procedures were performed, they were done without sterilizing the equipment or the operating room, and typically ended with the patient losing an entire limb, if not his life.

It was in this environment that Dr. William Halsted began his surgical career. Halsted, who began the nation's first residency program, pioneered techniques ranging from blood transfusions to sterilizing operating rooms. He also developed the radical mastectomy — also known as the Halsted mastectomy — reducing the local recurrence of breast cancer in patients nearly 50 percent. When Johns Hopkins Hospital opened its Department of Surgery in 1889, Halsted was named its first supervisor. 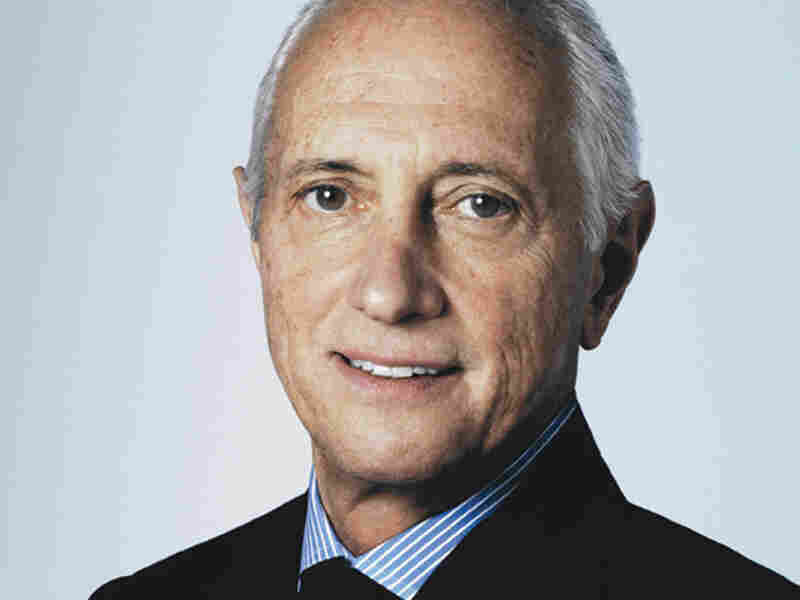 Dr. Gerald Imber practices plastic surgery at a private clinic in Manhattan. He is also on the staff at both New York-Presbyterian Hospital and the Weill-Cornell Medical College. Mario Sorrenti hide caption 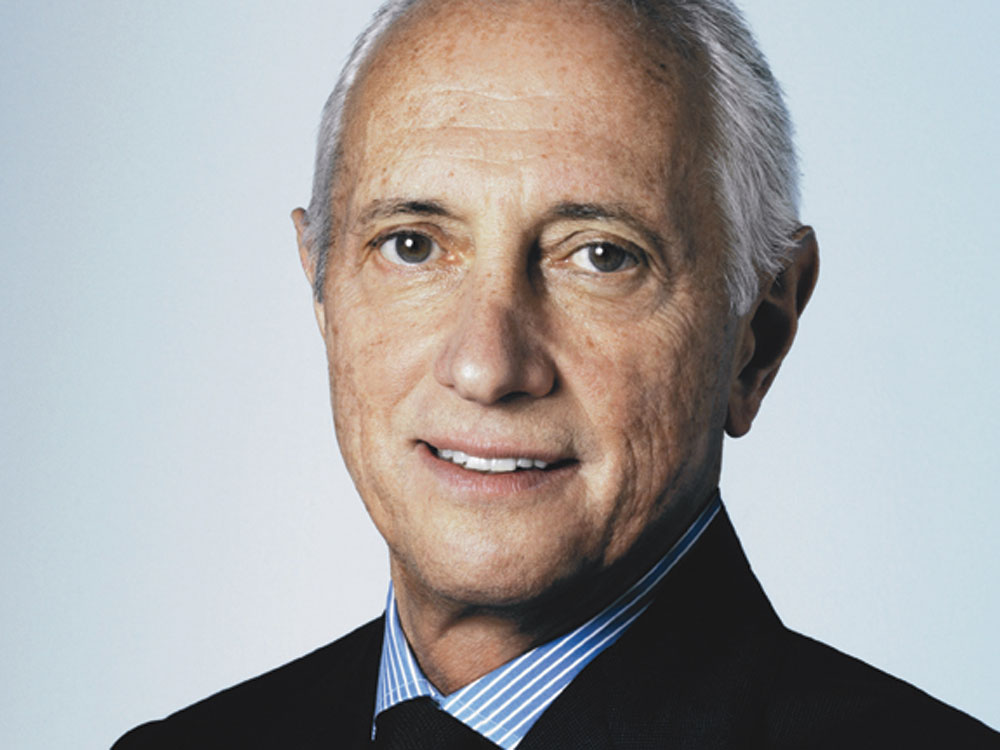 Dr. Gerald Imber practices plastic surgery at a private clinic in Manhattan. He is also on the staff at both New York-Presbyterian Hospital and the Weill-Cornell Medical College.

Though his legacy suggests a medical pioneer who made surgery safer and more precise, Halsted's life was frequently messy.

That dual life is examined in Gerald Imber's new biography of the doctor, Genius on the Edge: The Bizarre Double Life of Dr. William Stewart Halsted.

Imber traces Halsted's journey from a young Columbia-trained medical student to a successful surgeon who secretly suffered from several narcotic addictions. Imber, himself a plastic surgeon, says that while Halsted was a "rigid perfectionist in some portions of his life, [he was] totally negligent and forgetful in others. He could leave a patient in a hospital bed for weeks on end and forget to operate on them."

Excerpt: 'Genius On The Edge' 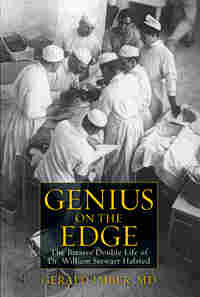 Halsted returned home to New York City in the fall of 1874 and became one of 550 young men to enroll at the College of Physicians and Surgeons at 23rd Street and Fourth Avenue. Although it was affiliated with the prestigious Columbia College, Physicians and Surgeons, like all medical schools in the country, was a business. They were in reality little more than trade schools, and the instructors benefited from the large enrollment by sharing in the revenue. Applicants did not need undergraduate degrees for entry. Lectures were poorly prepared and poorly attended. Students had little reason to take either lectures or lecturers seriously, and both jeering and snoring were common. The three-year course was almost purely didactic, and no laboratory or clinical work was required. Students did not examine patients and often did not see patients at all. Most of the faculty members were competent and high-minded, but the ultimate goal was to fill the seats and graduate doctors.

To fill the gaps in their education, most students enrolled in private tutoring sessions called quizzes. Participation in the quizzes was expensive, costing as much as $100 a year, the equivalent of more than $2,000 in current value. The annual medical school tuition of $140, or $2,800 in current value, was not much higher. Various experts, including some of the school's own lecturers, drummed facts into the heads of the medical students until they could regurgitate enough to pass their final examinations at the completion of the third year. Clinics, where students could observe doctors treating patients, were available but not required and so were infrequently attended.

Inadequate as this education was, Physicians and Surgeons was a cut above most medical schools across the country. Increasingly, schools like Physicians and Surgeons in New York and the Harvard Medical School in Boston were attempting to take science and education more seriously, but there was no consensus, no model to emulate, and they were struggling to find their way. The bacterial basis for disease was becoming clear, but most physicians were unwilling to abandon the faith of Hippocrates in the mystical balance of humors. Scientists were in the minority, and medicine was being taught largely as it had been for centuries.

Despite the dismal system that he entered, Halsted managed to ferret out the best teachers and role models. Each student at Physicians and Surgeons was assigned to a preceptor from among the faculty who would serve as his mentor. The mentoring was spread thinly, as mentors would oversee several students in each of three classes. It was up to the student to make the best of the opportunity. Halsted registered with Henry B. Sands, a surgeon and professor of anatomy, the subject that had sparked his initial interest in medicine.

From the beginning Halsted spent a great deal of time in the dissecting lab, both learning from Sands and doing his own work. Dexterous and diligent, he quickly became expert in the eyes of his fellow students and stood well above the others in the eyes of his preceptor. Sands took the opportunity to shift some of the demonstration and preparation work to his student.

John C. Dalton, whose textbook had inspired Halsted in his extracurricular reading at Yale, was also on the faculty at P&S. Dalton's interests were wide-ranging, and he studied everything from localization of brain functions to the physiology of digestion. The work itself was important, but Dalton's maverick scientific approach was a groundbreaking example of the experimental model. His students were taught to perform animal and human experiments and observe the physiological responses to stimuli. Traditionally, instructors would simply tell students what the expected response would be. Dalton taught the students to stimulate a muscle, measure the response, and learn cause and effect. This method would become the model for medical teaching in the future, and it made a lasting impression on young Halsted. He began spending increasing portions of his day in the physiology laboratory, ultimately becoming Dalton's primary assistant and an expert in the use of the experimental model.

It was a perfect beginning. In the nurturing hands of Dalton and Sands, Halsted was excited by his work. Attending lectures, reading, and doing dissections with Sands and experiments with Dalton was a full load, but he was energized by the demands. Intentionally or not, Halsted had the ability to associate himself with the important figures in his world. Later in life, when roles were reversed, Professor Halsted's radar would be finely tuned against young surgeons seeking his good graces, unfailingly cutting them off at the knees.

In his second year at Physicians and Surgeons, he began conducting chemical tests in the office of Dr. Alonzo Clark. Clark was president of the medical school, a professor of pathology and of the practice of medicine, and the leading medical consultant in the city.

In the summer of 1875, Halsted befriended Thomas McBride. McBride, several years his senior, was already physician-in-chief at the Centre Street Dispensary, where Halsted spent the summer working in the pharmacy learning about the potions, plasters, pills, and tonics popularly used at the time. McBride was a fun-loving, handsome man-about-town, and very successful in his practice. He earned a great deal of money and spent it lavishly, and in some ways served as a role model for the younger man. They spent a great deal of time together, and their lives became closely intertwined.

With his interest focusing on anatomy and surgery, Halsted seized every opportunity for dissection, spending many hours at the table. Having access to adequate finances, he bought extra cadavers, which he dissected and studied well beyond the level required of students.

At the completion of his second year, the hard work and extracurricular activities were finally getting the better of him. Exhausted, he retired to Block Island, one of the rugged and isolated dots of terminal moraine off the coast of Rhode Island. There he spent the summer of 1876 recuperating.

Excerpted from Genius on the Edge: The Bizarre Double Life of Dr. William Stewart Halsted by Gerald Imber. Copyright 2010 by Gerald Imber. Excerpted by permission of Kaplan Publishing. All rights reserved. No part of this excerpt may be reproduced or reprinted without permission from the publisher. 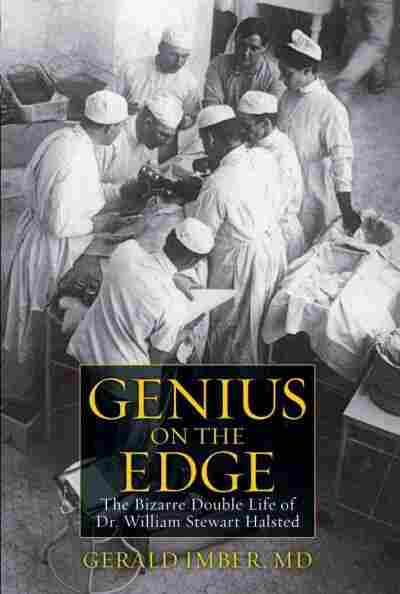 Genius on the Edge