Accessibility links
Do Smart Phones Thwart Public Records Laws? Florida has one of the best government public record laws in the country. Virtually every public document is accessible to the public. But new technologies are making it difficult to archive all communications, and government watchdogs say there's cause for concern. 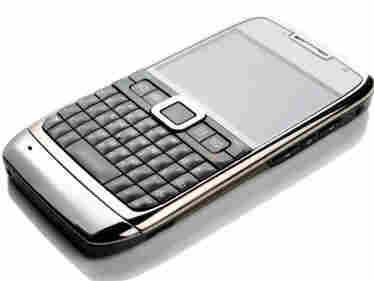 State leaders in Florida are in a battle with technology: new forms of communications that make it difficult for public officials to follow the law.

The state has one of the best government public record laws in the country. Virtually every public document is accessible to the public. And though the state is embracing the perks of advanced technology — the Legislature just started piloting the use of electronic meeting packets, instead of printing them on paper — the use of cell phones and BlackBerrys is causing concern. It's simply too difficult to archive all communications.

E-mails sent from a BlackBerry are easily tracked and archived by government servers. But the wireless devices can also send electronic messages in another way called "PINing," and those communications often are not tracked. The practice stirred controversy last summer when staff members of Florida's Public Service Commission were caught exchanging PIN messages with a lobbyist for a utility it regulates.

"People need to understand that they cannot use these kinds of modes of communications to conduct official business if they have no way of capturing the record that it creates," says Anne Weissman of the nonpartisan watchdog group Citizens for Responsibility and Ethics in Washington.

'Where Do You Draw The Line?'

Weissman says that during the Bush administration, some officials used Republican National Committee e-mail accounts and PIN-to-PIN messaging to avoid record keeping. She says states across the country need to be careful.

"I'd be inclined to ban the use of BlackBerrys during those kinds of proceedings, just because of the risk that they could be used for inappropriate or ex parte communications," Weissman says.

But Ron Book, a Tallahassee lobbyist, disagrees. He says that's just not possible in this technological age. "Where do you draw the line? Do you draw the line at a BlackBerry, but yet it's OK to bring a personal computer in?" Book says.

State Sen. Mike Fasano remembers that at a committee meeting last year on property insurance, a lobbyist in the audience was sending to a senator's BlackBerry questions to ask the office of insurance regulation. "That is, in my opinion, way out of line," Fasano says.

But Fasano, who chooses to leave his phone in his office during meetings, says he doesn't believe there should be a ban. "Certainly, a lobbyist should not be texting messages or PINing messages to a senator, asking him or her to ask these specific questions. If a lobbyist had any courage or guts, he or she would get up there and ask those questions himself before the Senate committee," Fasano says.

Florida law already covers electronic communications, noting that any discussion that has to do with public issues is a public record. Open-government experts say it just comes down to enforcement and hope that governments can keep up with the changes in technology.