Accessibility links
Despite Glitches, Electronics Make Cars Safer Toyota's recent recalls have caused drivers to question the electronic components that control their vehicles. But experts say that overall, these systems make cars safer and more reliable, and that sophisticated electronics are just the latest step in the evolution of the automobile. 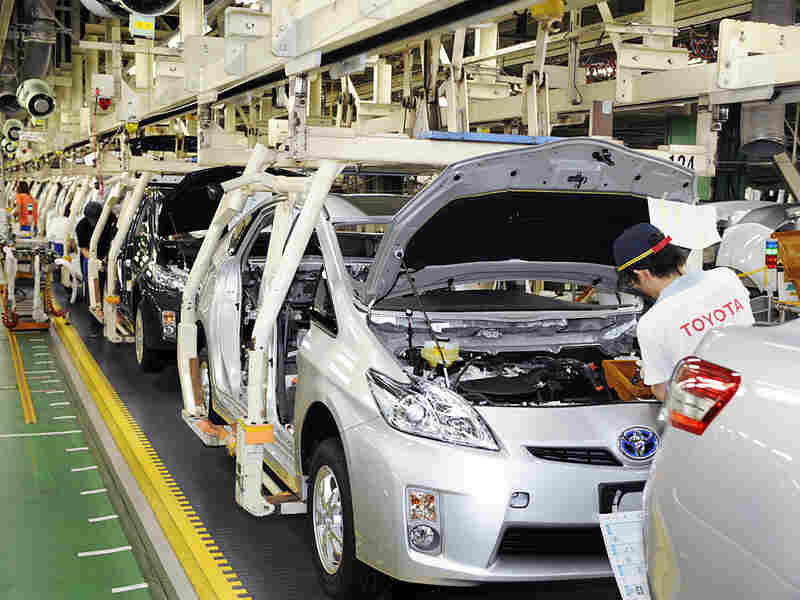 A technician works on a Toyota Prius hybrid at a production facility in Aichi Prefecture, Japan. According to experts, cars like the Prius are the next step in a future that's moving toward vehicles with more robotic-type control systems that can analyze driving conditions and act accordingly. Kyodo/AP hide caption 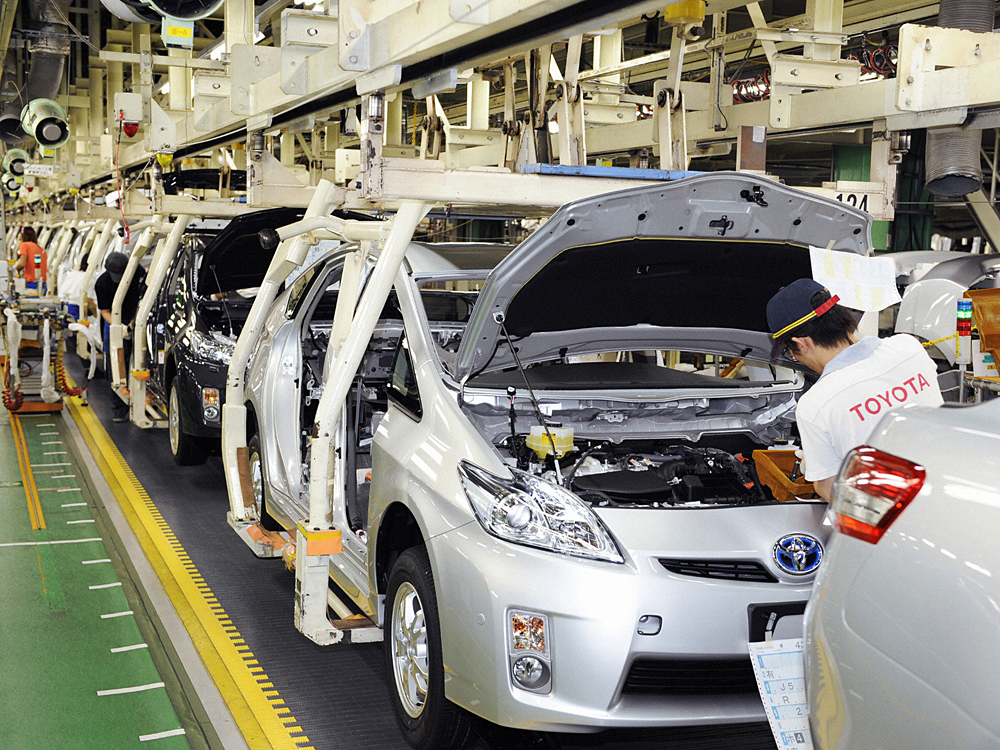 A technician works on a Toyota Prius hybrid at a production facility in Aichi Prefecture, Japan. According to experts, cars like the Prius are the next step in a future that's moving toward vehicles with more robotic-type control systems that can analyze driving conditions and act accordingly.

We want cars that don't pollute. We want cars that are fuel-efficient. But do all the fancy electronics needed to squeeze 40 or 50 miles out of a gallon of gas mean we've compromised on safety?

"Absolutely not," says Simon Washington, director of the Safe Transportation Research and Education Center at the University of California, Berkeley. He says that when carmakers are faced with a trade-off between safety and fuel economy, safety typically wins.

But the reliance on electronic sensors and computer code presents new challenges for car designers. For example, for more than two decades, engineers have known there are instances when nearby radio transmitters can cause problems for a car's electronics. Washington says it's a problem that's been solved.

The way cars are designed, if a critical electronic component does fail, a mechanical system will still be there.

Take anti-lock braking systems. A computer tells the brakes the best way to stop the car.

"The brakes will function without the computer," says Paul Kuban, an engineering professor at the University of Southern Indiana. They won't function as well ... because anti-lock braking systems on average do better stopping a car than most human drivers. But they will function.

"It's gotten to the point where it's hard to separate the mechanical from the electrical designs because they interact with each other," says Kuban.

So a car like the Toyota Prius hybrid is just the next step in a future that's moving toward cars with more electronics and more robotic-type control systems — systems that can analyze driving conditions, and act accordingly.

Sebastian Thrun is a computer scientist at Stanford University. He designs autonomous cars — cars that can drive themselves. He says today's cars have begun to use the technology that will someday lead to driverless cars, and he understands that the reliance on such automated electronic systems can make people nervous.

"You feel that there's a systematic failure mode," says Thrun. "In reality, however, the statistics don't justify this."

Thrun says only a tiny fraction of all accidents are caused by problems with the car, and most of those are related to tire failures. The vast majority occur because a human driver did something wrong, or simply got distracted.

"That's where machines are great," he says. "They have amazing reliability to do the same task over and over again." And do it without any desire to send a text message or put on makeup while travelling at 60 miles an hour.

William "Red" Whittaker of Carnegie Mellon is an expert in robotic systems. He says cars with sophisticated electronics are just the latest step in the evolution of the automobile.

But then, the concern will give way to appreciation. Drivers will come to expect new cars to include technologies that make it easier to navigate while driving, steer with minimal effort, and stop quickly on slippery roads.

"And at some point, it's actually unsafe to be driving at the higher speeds on modern highways without some of those features," says Whittaker.

Sure, there will be glitches. That's the case with all new technology. But engineers say that overall things are safer, and statistics appear to bear them out.

Toyota Recall A Test Of Loyalty For Prius Lovers Feb. 9, 2010
Can Toyota Recover Its Reputation For Quality? Feb. 9, 2010