Accessibility links
Maria Callas: Voice Of Perfect Imperfection The late, great opera diva's sound could sometimes be hollow and dark, sometimes shrill, sometimes gorgeous. Callas continues to thrill and divide audiences with her distinctive voice and the raw intensity she put into it. 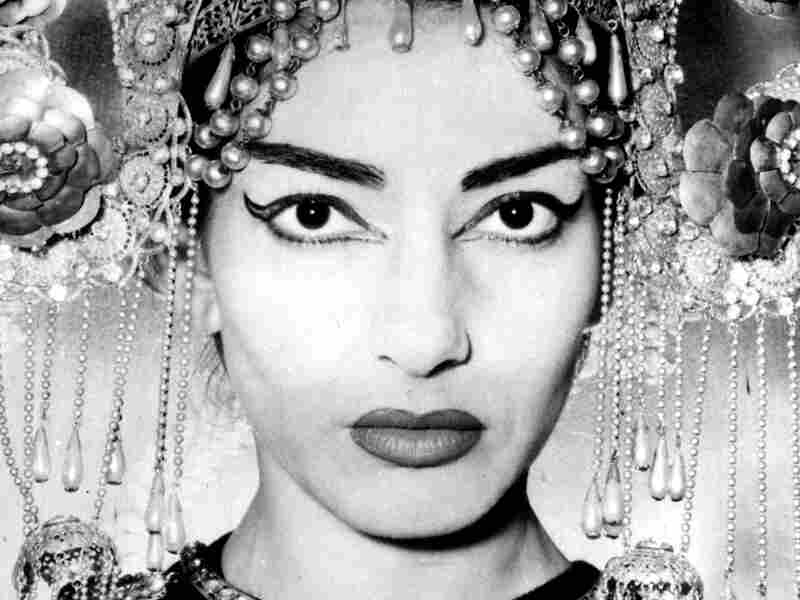 More than 30 years after her death in 1977, Maria Callas' voice continues to thrill and divide fans and experts. EMI Classics hide caption 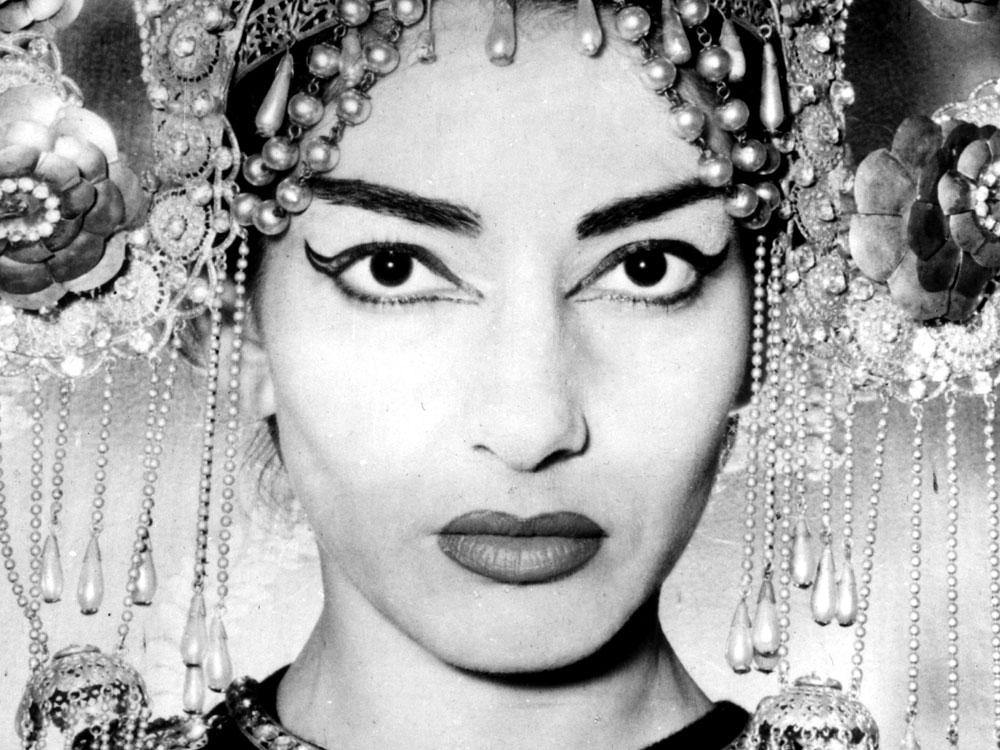 More than 30 years after her death in 1977, Maria Callas' voice continues to thrill and divide fans and experts.

Maria Callas defined what it meant to be a diva. And Callas remains one of the towering figures of opera. But, exciting as Callas was as a performer, her voice began to decline while she was still relatively young. Experts and fans alike continue to question what exactly happened to a voice that was both exhilarating and controversial.

The year was 1952, and Callas was performing what would become one of her legendary roles -- Bellini's Norma -- at London's Covent Garden.

There were high expectations about Callas' appearance, and opera critic John Steane was in the audience. What he remembers vividly was the opera's most challenging aria, "Casta Diva," and the feeling that Callas might not hit the highest notes.

"You felt that any miscalculation, just the tiniest degree of miscalculation, and the thread might break; disaster might come. Now, it didn't happen. But there was a certain tension in the air as to the sheer vocal security."

Just a few years earlier in Venice, Callas had stunned the opera world with the extraordinary range of her voice. She was performing Brunnhilde in Wagner's Die Walkure, a heavy, challenging role that played to her strengths. Then, on very short notice, she was asked to step into the part of Elvira in Bellini's I Puritani. James Jorden, editor of the online opera site Parterre Box, says no one thought a dramatic soprano like Callas could sing the role of Elvira.

"This was almost the polar opposite [of Wagner]," Jorden says. "It showed off extremely high range. It also showed an ability to sing coloratura, which is a fast, fluid way of singing music that is ordinarily not easy for the more dramatic singers. So people were looking and saying she's the most astonishing singer anyone's ever heard of, and yet no one had ever heard of her."

Callas' ability to sing such a wide range of roles was one of the things that led to her meteoric rise. But critic Conrad Osborne says it also contained the seeds of her vocal decline. Callas' voice was already starting to fail her by the time she was in her 40s -- quite young for an opera singer. A number of factors, including a rapid loss of weight, may explain why. But Osborne, who also teaches voice, says Callas lacked the proper technique to sustain her ambitious repertoire.

"It's very unusual to combine those two ways of singing and to extend the range over that wide of a compass," Osborne says. "And if your structural technique -- I'm talking about the way the voice is balanced and structured so that when you throw a lot of energy into it, the way an athlete does, the coordinations that respond are balanced and efficient -- isn't true all the way up and down that very wide range, then you're inviting some trouble."

But for Callas fans like James Jorden, the diva more than made up for her vocal flaws with her talent for bringing the music to life. Her imperfections set her apart, and her ability to find the emotional meaning in a role was unsurpassed.

"One thing about her voice that made it so striking is that it was unlike anyone else's," Jorden says. "Sometimes, it had sort of a hollow sound, sometimes a very dark sound, sometimes a little shrill on top. So it was an extremely distinctive voice. More important that that, I think, was what she did with the voice; how she used the voice as an expressive instrument."

University of Southern California professor Tim Page says that Callas brought a sense of daring back to opera: She challenged her audience and never bored it.

"The thing about Callas was there was always a keen dramatic intelligence and a real sense of harrowing intensity to her singing, which I think made her extremely special," Page says. "I mean, when you listen to Callas, even after her voice had started to go, it still tends to be an unforgettable musical experience."

Page points to Callas' performance in Bizet's Carmen, late in her career, as an example of the kind of dramatic depth she brought to a role.

"She really is the raw, untamed gypsy girl," Page says. "There is just a ferocity and an intensity here, which you're not really used to from a lot of the recordings of it beforehand, which would concentrate only on nice melodies, prettily sung. Callas' Carmen was not necessarily very pretty, but it was thrilling."

A Great Work Of Art

What makes Callas' voice and her performances so distinctive, according to Jorden, is their complexity. Like any great work of art, he says, one wants to keep coming back to her performances over and over again.

"Every time you come back to a great work of art, you see something different, because you are a different person," Jorden says. "With Callas' singing, even hearing three or four notes strung together, you hear, 'Oh, I didn't hear how she did that before. That's so beautiful; to take just these few simple notes, and to go from this note to that note in such an elegant and graceful way, shows so much and means so much.' And so, every time you listen, you hear something a little different. You hear something a little more sophisticated."

When Jorden was a teenager, Callas made her last tour. It was not well-received. But looking back on it now, Jorden says he regrets not having made the effort to see her. (She died in 1977.) Because, after all, there will never be another Maria Callas.