Accessibility links
Pierre-Laurent Aimard and the Art of the Etude An Etude is basically a practice piece, designed to improve a certain aspect of technique. But the Etudes Claude Debussy composed go far beyond that. Pianist Pierre-Laurent Aimard unfolds the layers of colorful detail in Debussy's Etudes, in the studio with host Fred Child. 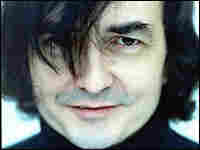 Debussy's works for piano was among the first music pianist Pierre-Laurent Aimard heard as a small boy. hide caption

Debussy has committed himself deeply as a human being, as a suffering human being. But it's also a very experimental piece.

'The Wind on the Plain'
'Footprints in the Snow' 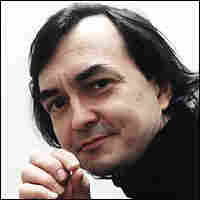 I'm always drawn to musicians who take risks, those who try to erase traditional boundaries. So when the adventurous pianist Pierre-Laurent Aimard came to the studio to play, I wasn't sure what would be in store for me and the listeners. Perhaps a heady dose of modern music—Olivier Messiaen or György Ligeti—or maybe Beethoven sonatas?

Instead, Aimard chose something out of left field. He wanted to play and discuss the piano Etudes by Claude Debussy—pieces often overlooked by both listeners and players.

And Aimard did not disappoint. He chose the unglamorous medium of the etude (usually a simple study piece) and then he unpeeled, layer by layer, the complex inner world of Claude Debussy and his music.

Aimard (via Debussy) extended the possibilities of the piano, and showed me new ways to think about the traditional building blocks of music. It was one of those revelatory moments. And you can't get that by studying a textbook or reading a biography.

Fred Child is the host of APM's 'Performance Today.'

Pierre-Laurent Aimard is one of the most adventurous and versatile pianists on today's concert scene. Both on stage and in his recordings he's played music ranging from the concertos of Beethoven and Brahms to music by modern masters such as Pierre Boulez, Olivier Messiaen, and Elliott Carter. Somewhere toward the middle of that spectrum are Claude Debussy's two books of Etudes, for solo piano. Aimard's recording of the Etudes was nominated for a Grammy in 2005.

Aimard was born in Lyon, France, in 1957. At age 12 he met French composer Olivier Messiaen, and later he championed the composer's music and studied with his wife, Yvonne Loriod, at the Paris Conservatoire. In 1973, Aimard won first prize at the Messiaen Competition, and at age 19 he was chosen by Pierre Boulez to become the first solo pianist for the influential new music group, Ensemble InterContemporain. Composer György Ligeti called Aimard the "leading performer of contemporary piano music today." Aimard worked closely with Ligeti, recording his complete works for piano.

Aimard is also known for his thoughtful programming. Referring to a Carnegie Hall concert he gave last December, the New York Times said Aimard "demonstrated that a carefully planned, illuminating program can be a work of art."

Last season Aimard curated his own Perspectives series of concerts at Carnegie Hall. Currently, he's in the midst of a 3-year appointment as Artistic Partner with the Saint Paul Chamber Orchestra, and he's the Pianist-in-Residence at the Berlin Philharmonic. In 2005 Aimard won a Grammy Award for his recording of piano music and songs of Charles Ives.

Aimard performs throughout the world with major orchestras and conductors. His extensive discography is on the Warner and Teldec Classics labels.

American Public Media, based in St. Paul, Minnesota, presents a diverse array of musical offerings, from pop and folk to award-winning classical music programs such as 'Performance Today' and 'Pipedreams.'