Accessibility links
Faith, Family Strife Drove Christmas Bomb Suspect The alleged Christmas Day attacker grew up in a strict, well-to-do family in a region of northern Nigeria heavily impacted by religious violence. When he left home for boarding school, he became increasingly troubled by his family's Western lifestyle and turned more ardently to Islam. Part 1 of an NPR News Investigation. 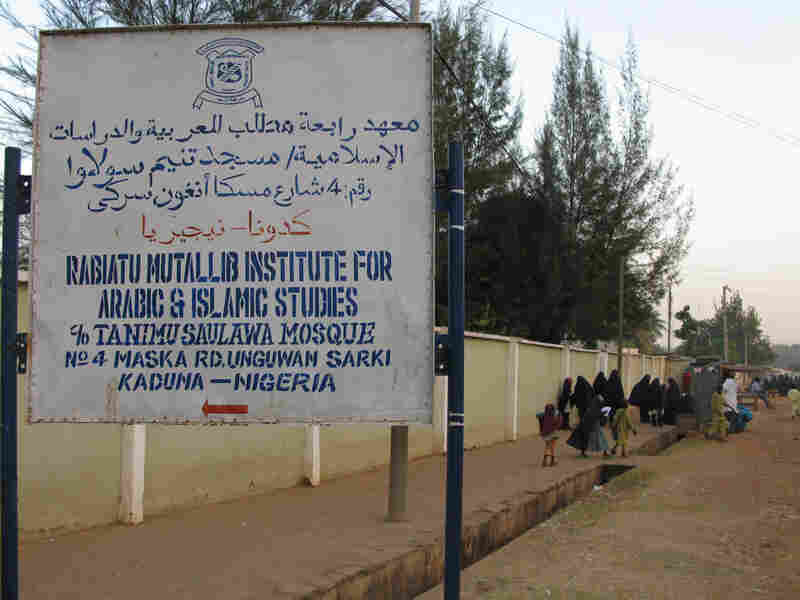 The religious school where Umar Farouk Abdulmutallab studied the Quran. The school was named after Abdulmutallab's grandparents and financed by his father, a respected and wealthy banker. Ofeibea Quist-Arcton/NPR hide caption 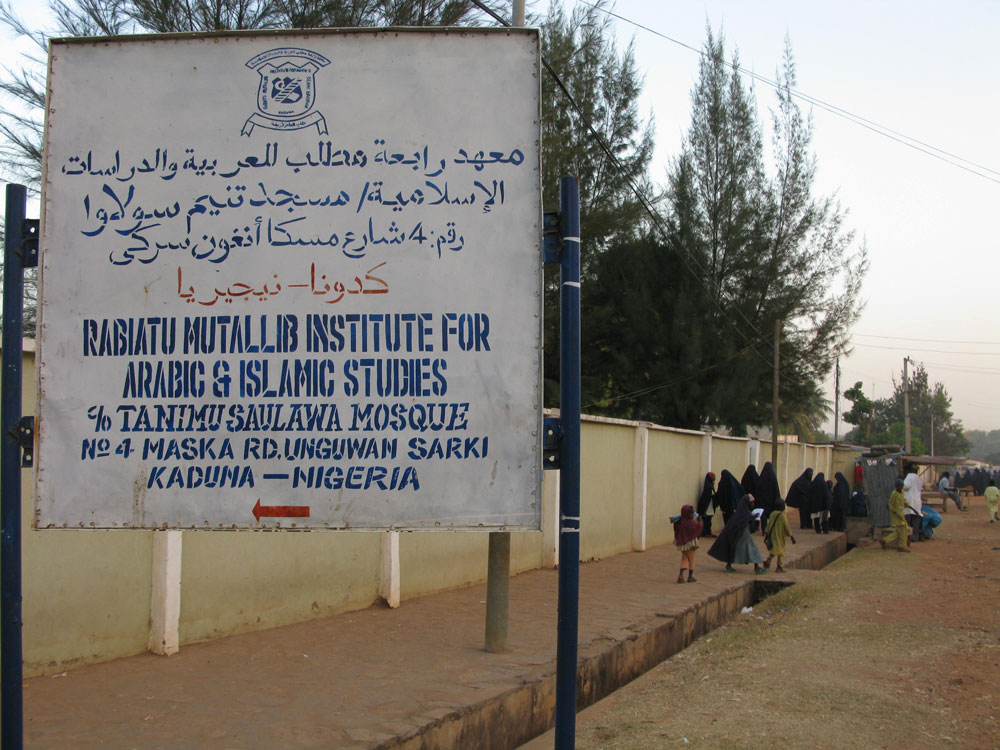 The religious school where Umar Farouk Abdulmutallab studied the Quran. The school was named after Abdulmutallab's grandparents and financed by his father, a respected and wealthy banker.

Umar Farouk Abdulmutallab, 23, the man accused of attempting to blow up a U.S. passenger plane on Christmas Day, was raised in Kaduna, a cosmopolitan city in northern Nigeria located in a region imbued with Islam. He is one of more than a dozen siblings in a well-to-do family headed by Alhaji Umaru Mutallab, one of Nigeria's most respected bankers.

"[He] inculcated self-discipline in a puritan manner to his children," Baba-Ahmed says, "to never create any situation that will warrant or allow his children to go astray or to behave indecently."

Abdulmutallab studied the Quran at the Rabiatu Mutallab Institute for Arabic and Islamic Studies in Kaduna, a religious school named after his grandparents and funded by his father. By all accounts, he was a pious fellow. His neighbors say he was the first to arrive at the mosque for prayers and the last to leave. He kept to himself, says Shehu Sani, who lives down the road from the Mutallabs.

From Student To Radical

Sani, the author of books about religious violence and terrorism in Nigeria, says it is important to remember the backdrop to Abdulmutallab's privileged childhood in Kaduna: Between 1979 and 2009, he says, there were more than 200 incidents of religious violence and killings in the area — including deadly clashes between Christians and Muslims. And there have also been violent protests in northern Nigeria against the wars in Iraq and Afghanistan, as well as the Israeli-Palestinian conflict. Sani says Muslim youngsters like Abdulmutallab were absorbing this reality as they grew up, and some of them were most likely radicalized without even realizing it. 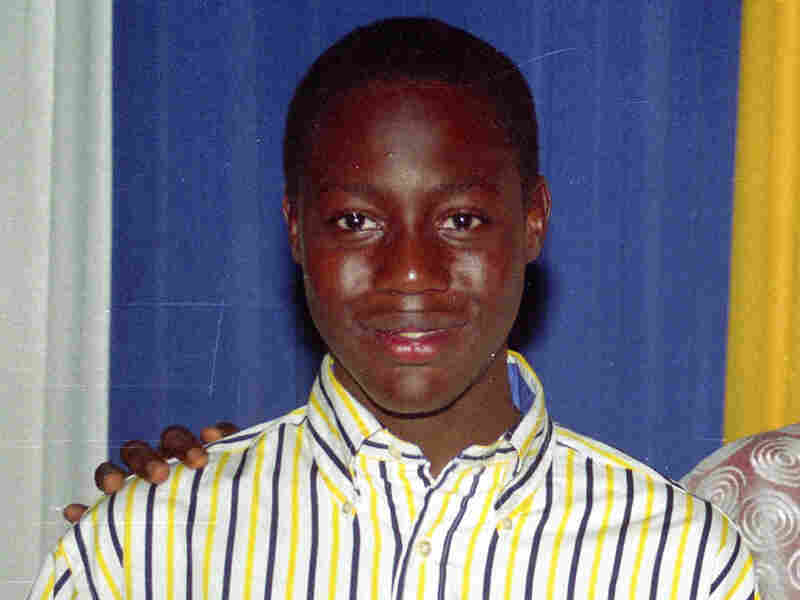 In an undated photo, Umar Farouk Abdulmutallab poses for a picture at The British School of Lome in Togo. AP hide caption 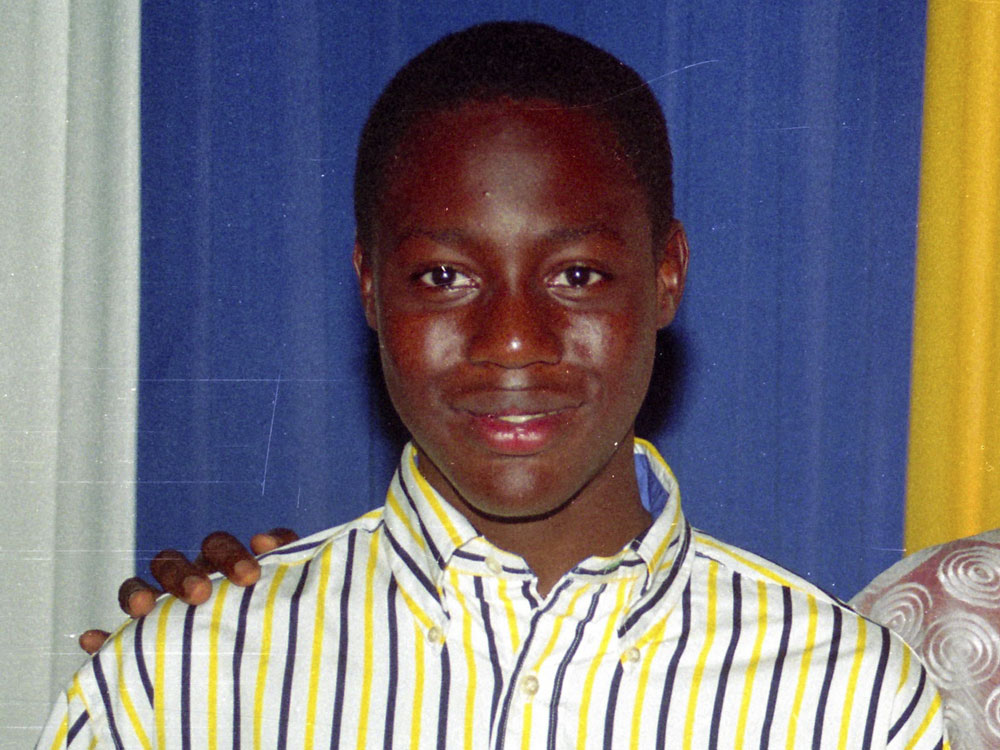 In an undated photo, Umar Farouk Abdulmutallab poses for a picture at The British School of Lome in Togo.

As Abdulmutallab began demonstrating more devotion to his religion, he also reportedly resented his father's career as a banker, considering it un-Islamic, because banks charge interest. Stories circulate in the family's upscale Kaduna neighborhood about a young Umar Farouk openly challenging his parents about waste and excess, chiding them to give more to the poor.

But it was when he was sent to a coed boarding school in the nearby country of Togo that Abdulmutallab seemed to manifest a growing feeling of detachment, confusion and isolation, according to his own Internet postings.

The head teacher at the British School of Lome, Helen Brocklesby, declined an interview with NPR, saying that the school doesn't talk about former students or staff. The school posted a statement on its Web site. A portion of it read: "The school has been helping the relevant authorities in their investigations and ... our thoughts and sympathy reaches out to everyone who has been affected by these events."

While he was at the school, Abdulmutallab became increasingly alienated and conflicted about the Western lifestyle he lived being in opposition to his quest to become a better Muslim. Evidence of this internal conflict comes from writings, intelligence officials say. Abdulmutallab posted to a chat site called the Islamic Forum. He called himself Farouk1986 (Farouk is his name and 1986 is the year of his birth) and began posting in late January 2005, shortly before he graduated from high school.

One post read, "First of all, I have no friend. Not because I do not socialize, etc., but because either people do not want to get too close to me, as they go partying and stuff while I don't. Or they are bad people who befriend me and influence me to do bad things." 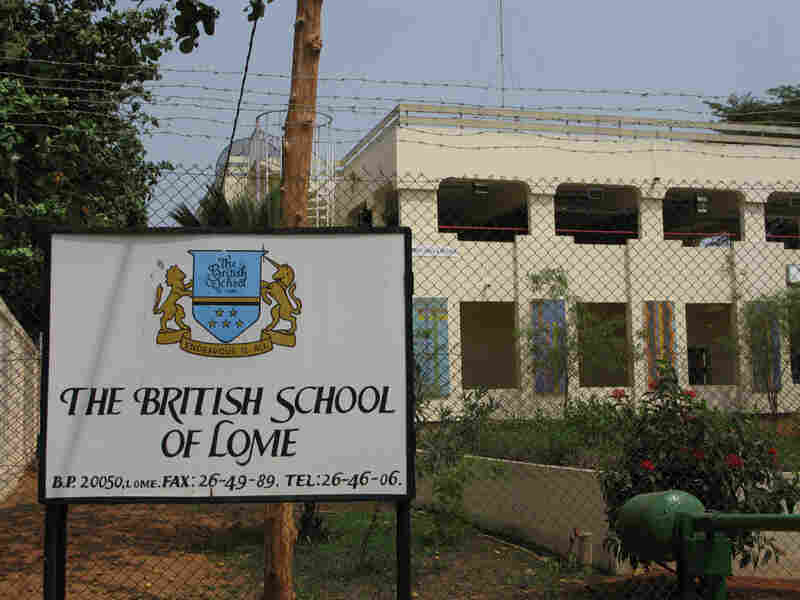 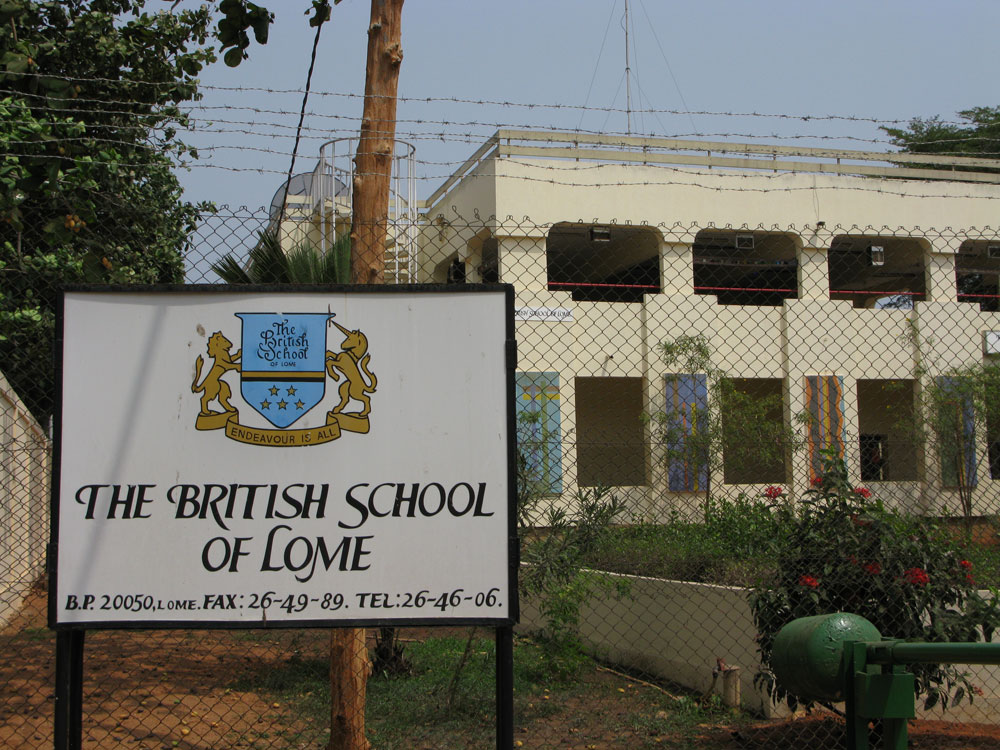 Abdulmutallab attended boarding school at The British School of Lome in Togo.

His singular focus was Islam: He voiced radical jihadist fantasies, as well as a desire to study Arabic in Yemen, which he did a few months later. He also dwelt on the subject of temptation and how to avoid it.

"I think this loneliness leads me to other problems," another posting read. "As I get lonely, the natural sex drive awakens and I struggle to control it — sometimes leading to minor sinful activities, like not lowering the gaze."

The last sentence refers to his failure to avert his gaze around unveiled women, as Islam dictates. He concluded that early marriage was the only solution.

"This problem makes me want to get married to avoid getting aroused," he continues. "The Prophet advised young men to fast if they can't get married, but it has not been helping me much and I seriously don't want to wait for years before I get married. But I am only 18."

Tension Within The Family Grows

Abdulmutallab's uncle by marriage, Mahmoon Baba-Ahmed, says his preoccupation with getting married caused tension within the family and may have masked deeper problems. He said his own son, Aminu, noticed his friend's character changing as Farouk expressed a desire to "learn the religion better, better and better."

"My son has always been telling me how well-behaved Farouk is. In fact he is telling me about the dramatic transformation from the Western way of life to the Islamic way of life," Baba-Ahmed says. "My son had mentioned that Farouk [Abdul] Mutallab had been chiding him for going to parties, and he exhorted him to break with that style of life he is living and embrace Islam, firmly."

After graduating from University College London in 2008, and abandoning a master's degree course in Dubai, Abdulmutallab traveled to Yemen, against his parents' wishes, to learn Arabic and deepen his knowledge of Islam.

That's where he apparently cut ties with his family. After he sent a text message to his father to say he had found real Islam, Alhaji Mutallab alerted the U.S. Embassy in Nigeria and the local security agencies to report his son's alarming behavior and increasingly hard-line views.

Mutallab woke up on Dec. 26, 2009, to see Abdulmutallab's image on the television. His son had been arrested in the U.S. for allegedly trying to blow up Northwest Flight 253 on Christmas Day.