Accessibility links
Critics Blast Informant System Cloaked In Secrecy Though movies like the 1990 mob tale Goodfellas put the spotlight on government informants, in reality, the ties between snitches and their handlers are rarely that transparent. Critics say the government often uses, then discards informants — and they want to see more safeguards. 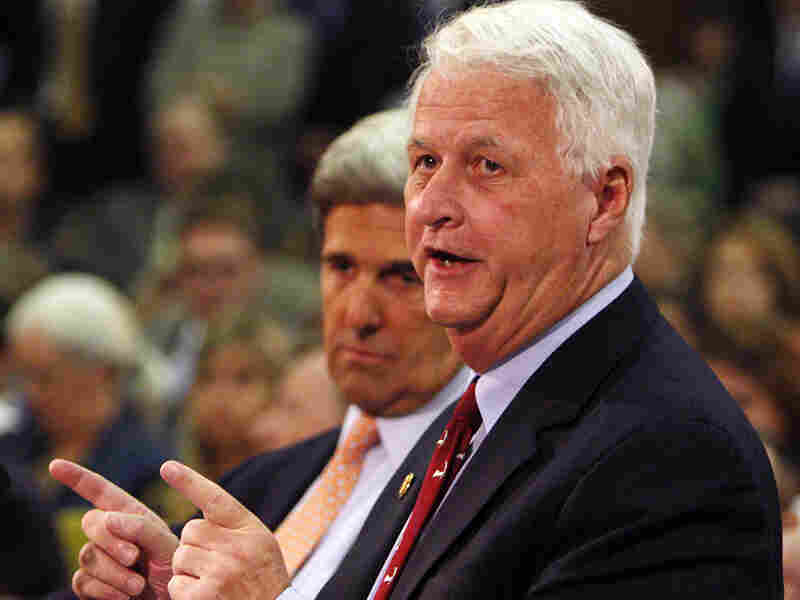 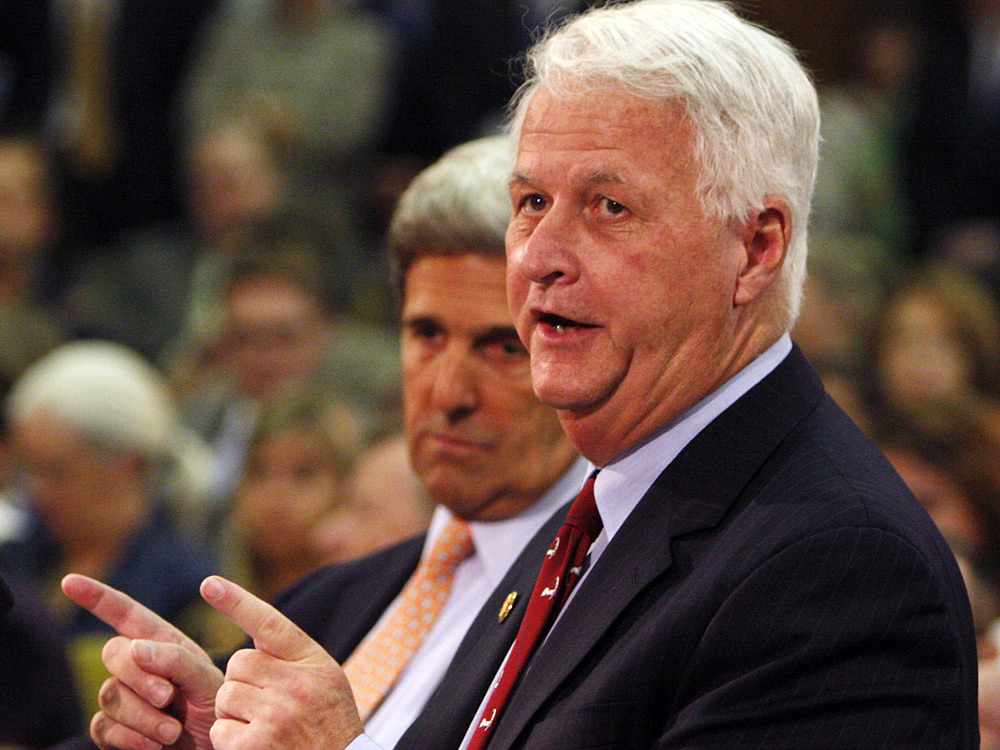 U.S. Rep. William Delahunt (D-MA), pictured here last September, has been pushing for penalties against government agents who break the rules for dealing with informants. Delahunt says he'll call for new congressional hearings on how federal agencies are using them.

Informants can get more attention in the movies than they do in the media — like Henry Hill, the real-life mobster turned FBI snitch who was immortalized in the 1990 gangster flick Goodfellas.

Hollywood told the lurid story of how Hill stayed inside the New York mob while supplying the FBI with damning evidence on his mafia bosses.

But in reality, things are rarely that transparent.

Loyola Law School professor Alexandra Natapoff, author of the new book Snitching, says the public has no clue about the thousands of informants now on the government payroll.

"It's a very clandestine, secretive and unregulated arena that yet influences the outcome of millions of cases and investigations," she says. "It shapes the way we lawyer, it shapes the way we judge, and it shapes what we call fair and good. And yet, we don't see any evidence of it pop up on the public record."

Natapoff says the use of informants is on the rise, especially in the government's ongoing war on drugs. She worries that far too often, police and prosecutors hire informants who continue committing the worst kinds of crimes. She says these deals with the devil compromise America's judicial system and betray its national integrity.

"There is no one in the system who knows how many snitches there are," she says. "Nobody knows how many crimes they commit. No one knows how many they solve. There are no mechanisms for keeping track of this massive public policy that, in effect, makes decisions for us every day."

If there's a poster boy for how things can go wrong, it's Guillermo Eduardo Ramirez Peyro, a Mexican drug runner better known as Lalo. Lalo became an informant for Immigration and Customs Enforcement. He infiltrated one of Ciudad Juarez's most notorious drug cartels and gave authorities the evidence to arrest more than 90 criminals. 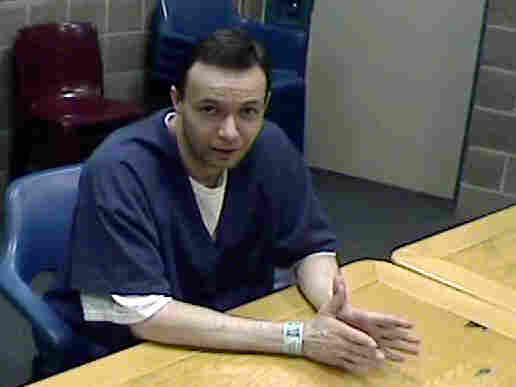 Guillermo Eduardo Ramirez Peyro, who goes by the nickname Lalo, talks about his case from jail. The video was shot four years ago at Sherburne County Jail in Elk River, Minn. (See clips from the video on the timeline of Lalo's case). Courtesy Raul Loya hide caption

Lalo says that at the time, in exchange for his information, U.S. federal agents promised him the world: "everything — payment, protection for me and all my loved ones and permanent residence, all kinds of things."

Agents were also willing to overlook that he was still smuggling drugs and had connections to a string of brutal murders in Juarez.

But in the end, Lalo didn't get any of the things he says the U.S. promised him. Today, he's in a federal detention facility, fighting deportation to Mexico.

He has spent more than five years in a limbo of solitary confinement. Lalo's attorney, Jodi Goodwin, says as soon as ICE got all that it wanted, the agency stopped renewing Lalo's permission to stay in the U.S. and started deportation proceedings.

"ICE turned around and threw him to the dogs," she says. "They were going to ship him straight back to Mexico and to the people he had informed on, and he would be killed immediately."

'They Will Promise The World'

Goodwin has been representing Lalo for more than five years. She pulls a cardboard box from behind her desk into the middle of her small office in Harlingen, Texas, and shows off 13 three-ring binders that make up Lalo's case. 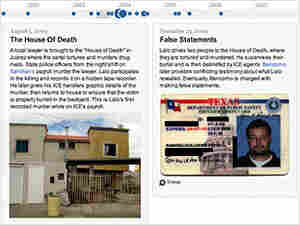 "I've actually gone to storing it in a huge U-Haul box, because there is so much of it and it doesn't fit in my filing cabinet," she says.

Lalo's case has dragged on for years. Twice a federal judge has sided with him, ruling that the ex-informant would be killed if returned to Mexico. But ICE has appealed both federal rulings and wants to send him back.

Goodwin says that in her experience, confidential informants are often treated like disposable property.

"The agencies that they are working with don't do anything to protect their informants once the cases are over. But while they are making that case, they will give you the world, they will promise you the world. But after you are done, they don't need you anymore. It's like use, abuse, throw you away."

As the war on drugs escalates, the government continues to run through and discard informants, according to defense attorneys whom NPR interviewed in several cities along the U.S.-Mexico border.

In McAllen, Texas, attorney Kyle Brown represents a Mexican national who was a Drug Enforcement Administration informant south of the border.

"At the end of the usefulness of that informant, the benefits end. There is no longer any parole documentation, and it is by their actions they are saying: 'See you,' " he says.

After working for authorities here, there's no way that most informants can return to Mexico, he says. So they stay in the U.S. illegally or ask for asylum, as his client has done.

The DEA declined NPR's requests for an interview, as did Justice Department officials.

But ICE did address the many complaints NPR heard from border attorneys. Kumar Kibble, ICE's former acting director of criminal investigations, says it's not true to say that his agency double-crosses or abandons its informants.

"Yeah, I don't know who you have been talking to, but we have been successfully recruiting informants year after year, and I think they have a comfort level working with ICE," he says. "I mean, otherwise, we wouldn't be able to continue to bring the highly successful investigations that we have been bringing."

But Kibble wouldn't talk about Lalo. He had no comment about why the agency wants to send its once-prized informant back to Mexico, where Lalo faces almost certain death.

No one is advocating banning the use of confidential informants. They've helped lock up scores of notorious criminals, from drug traffickers to terrorists. But Loyola law professor Alexandra Natapoff says the practice needs more safeguards.

"The argument is not, 'Should we get rid of snitching?' It is, 'We should handle it the way we handle any other crucial allocation of power and liability.' We should do it rationally, with guidelines that everybody follows," she says. "And there should be some accountability mechanism, and right now, there is almost no mechanism for doing that."

The Justice Department and the FBI have taken the lead in setting guidelines for the use of confidential informants. Under pressure from Congress, the Justice Department strengthened those rules several years ago. But in a 2005 Inspector General report, investigators found that in 85 percent of the cases reviewed, the guidelines weren't followed.

Texas Republican Sen. John Cornyn spent six years trying to get some answers about the Lalo case. He finally got a response last month, when ICE told Cornyn that it stood by its investigation and its policies in Lalo's case.

But critics say more has to be done.

For years, U.S. Rep. William Delahunt (D-MA) has been pushing for stricter guidelines and penalties against agents who break the rules.

"I think we have been remiss in not pursuing the kind of oversight that's necessary," he says. "Because what we have discovered is, in too many cases, these informants have a free pass, if you will, to commit serious acts of violence, including murder. And that is not what justice is about, and that's not what the American people would ever approve of."