Accessibility links
Carolina Chocolate Drops: Old-Time Music With A Twist A traditional black string band with a modern twist, the group employs a range of traditional instruments: several banjos, a fiddle, a ceramic jug, bones and a kazoo, to name a few. 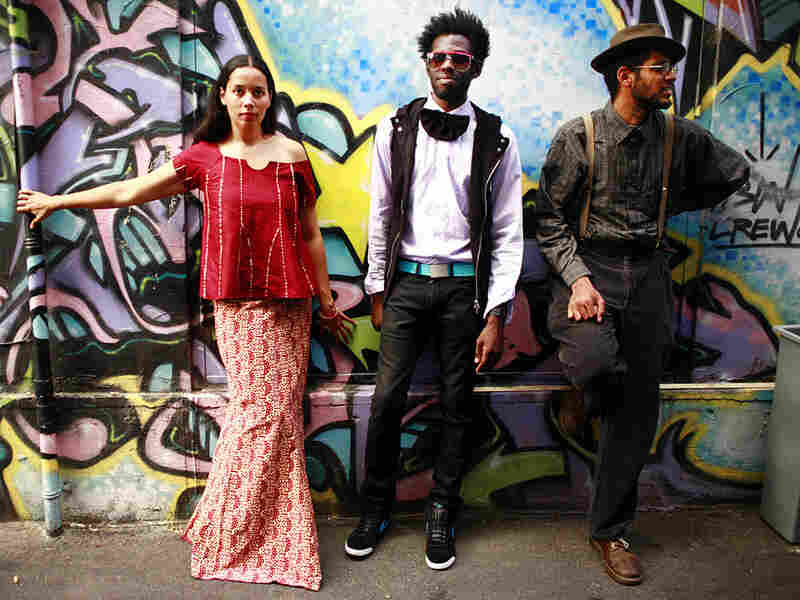 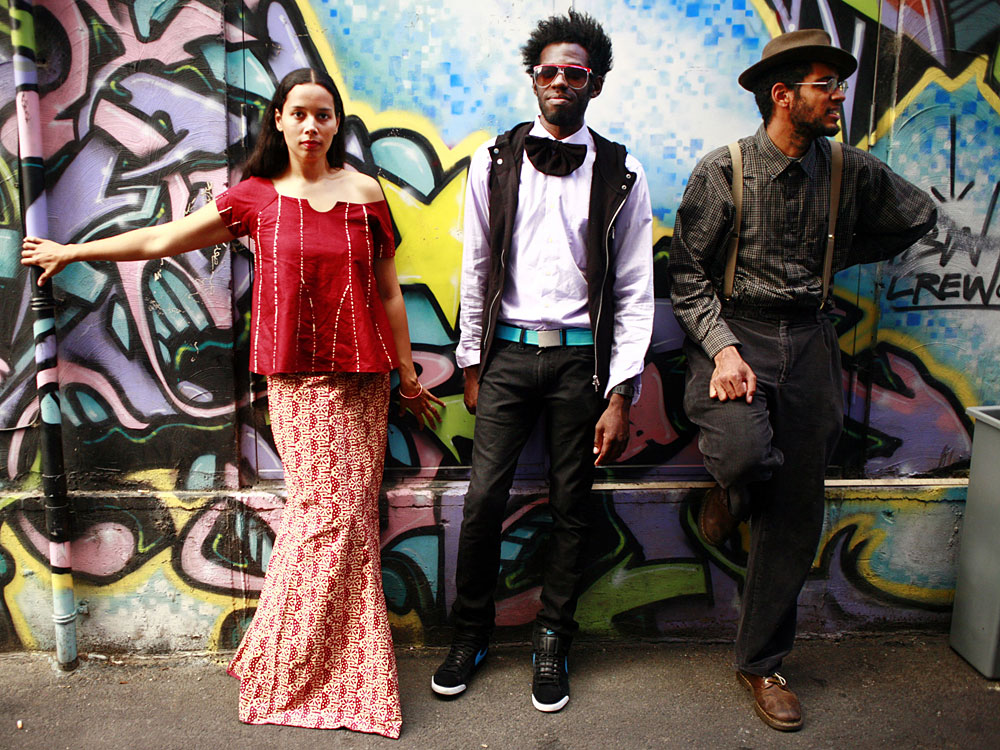 Dom Flemons, Rhiannon Giddens and Justin Robinson met each other in Boone, N.C., at the Black Banjo Gathering. They were curious about old-time Southern folk music and its African roots. Shortly thereafter, in 2005, they formed Carolina Chocolate Drops, a modern take on a traditional black string band.

Carolina Chocolate Drops' members employ a range of traditional string-band instruments: several banjos, a fiddle, a ceramic jug, bones and a kazoo, to name a few. But the band members were not always focused on folk music.

Giddens and Robinson are both classically trained musicians. Giddens studied opera at the Oberlin Conservatory, while Robinson played classical violin before taking up the fiddle. Flemons' background is in slam poetry and guitar. United by a love of traditional black music, they first started playing music together under the direction of Joe Thompson, a black fiddler from North Carolina. Thompson, then 86, hosted band practices at his home.

"We would go to his house on Thursday evenings and sit around and play the tunes," Robinson says. "We played the same tunes every time until we got it."

Playing Thompson's music became the core of Carolina Chocolate Drops' repertoire. But much of what they play traces back to the minstrel acts of the 1920s — controversial music performed by white musicians in blackface. Giddens acknowledges the songs' history.

"What we're striving to put out there is the joyous side of this music — the good side of this time period," she says. "There's a lot of bad stuff, and we're not going to deny that. But you can't throw everything out."