Accessibility links
A Test For Saudi Arabia's Terrorist-Rehab Program Despite some setbacks in its rehabilitation program, Saudi Arabia says it will continue re-educating terrorists in the nonviolent principles of Islam. Of the almost 300 men who have completed the program, 80 percent have gone on to normal lives. One of them, Mohammad al-Awfi, did not. 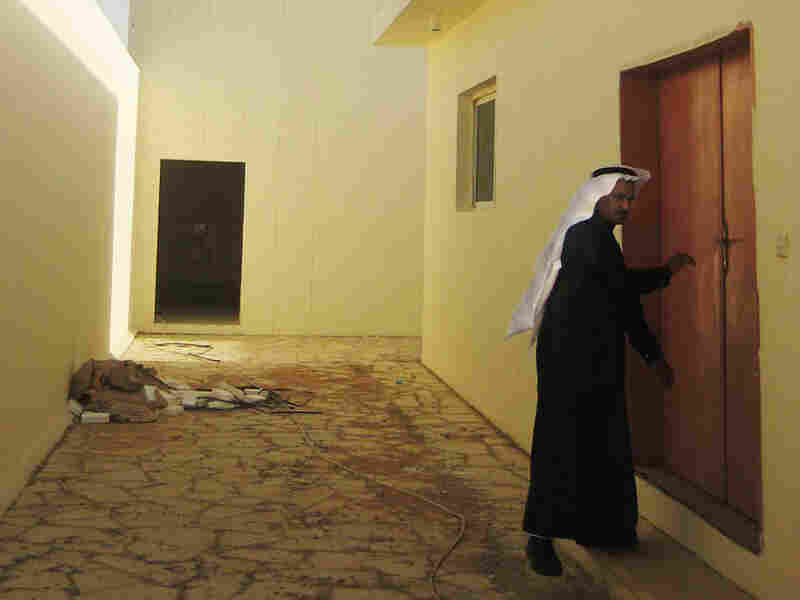 The site of the future library at the Saudi rehabilitation center. The facility includes dorm-like sleeping quarters for inmates and more comfortable villas where their families can visit. Kelly McEvers for NPR hide caption 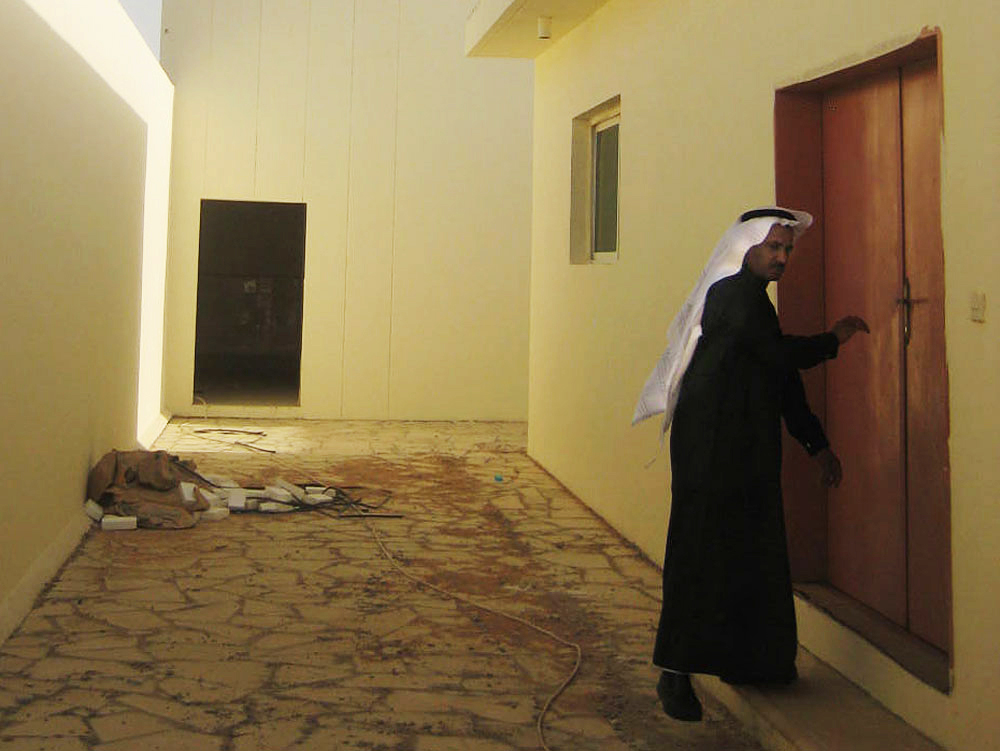 The site of the future library at the Saudi rehabilitation center. The facility includes dorm-like sleeping quarters for inmates and more comfortable villas where their families can visit.

In a recent audio statement, the group behind the attempted Christmas Day bombing of a Detroit-bound airline called on Muslims to attack Americans wherever they find them.

The man who was speaking for al-Qaida in the Arabian Peninsula, Said Ali al-Shehri, is a citizen of Saudi Arabia who served time at Guantanamo Bay and later graduated from a Saudi program designed to rehabilitate radical Muslims.

Even though several of the program's graduates have found their way back to the battlefield, Saudi Arabia says it will continue trying to rehabilitate terrorists.

The program was created by the Saudi Ministry of Interior in an effort to re-educate extremists about the peaceful principles of Islam and reintegrate them to mainstream Saudi society.

The teachings didn't stick with Shehri, who after his release, traveled to Yemen and has been identified as a leader of the Yemeni branch of al-Qaida.

The path was similar for another Guantanamo detainee, Mohammad al-Awfi, who ended up in Yemen working for al-Qaida in the Arabian Peninsula. But now, surprisingly, Awfi is back in Saudi Arabia after he recrossed the border and gave himself up.

To understand what works and what doesn't work about Saudi Arabia's rehabilitation program, consider the case of Awfi. Just after the Sept. 11, 2001, attacks, he traveled to the border of Afghanistan and Pakistan. Authorities arrested him on suspicion of aiding terrorist groups.

In a society where you get everything from the government, it can be really powerful when the government comes and asks you to do something.

Christopher Boucek of the Carnegie Endowment for International Peace

As he recently told the BBC, he later was sent to Guantanamo.

"They put you in shorts in an area with extremely cold air conditioning for months until you requested to see the interrogators and tell them things," Awfi said.

In all, Awfi spent six years at Guantanamo. He was released in November 2007 and sent to the rehabilitation center just outside of Riyadh.

The idea is to re-educate extremists in the nonviolent principles of Islam and reconnect them with their social networks. The center is led by academics and religious scholars, many of whom earned advanced degrees in the U.S. back in the 1970s and '80s.

Turki al-Otayan is the center's lead psychologist and one of the first to evaluate Awfi. "He hates Americans so much about what they have done to him," Otayan says. "He said, 'They destroyed me. They affect on me. They killed my brothers.' These kinds of things."

So far, nearly 300 men have completed the program, and nearly 80 percent of these have gone on to lead normal lives.

Awfi graduated from the program in early 2008. Then, during the holy month of Ramadan, he decided he wanted revenge against the Americans. He fled to Yemen and joined al-Qaida in the Arabian Peninsula. In 2009, he appeared in a video alongside the group's leaders.

"We warn our fellow prisoners about this rehabilitation program," Awfi says to the camera. "We were used. But thank God, we were able to escape their power."

Back in Saudi Arabia, psychologist Otayan and other officials from the center paid a visit to Awfi's family.

"They thought the security force would come to the house to search the house, to arrest some of them," Otayan says.

Oyatan says he asked for cooperation from Awfi's family for their protection and for Awfi's. And it was then that Awfi's relatives started making phone calls to him in Yemen.

Not long after, the Saudis say, Awfi turned himself in.

Responsibility To The Government

Christopher Boucek, a Middle East expert at the Carnegie Endowment for International Peace, says it wasn't the classes that brought Awfi back into the fold, but the government's contacts with Awfi's family.

"In a society where you get everything from the government, it can be really powerful when the government comes and asks you to do something," Boucek says. "I think people understand the message being sent — 'You have a duty and responsibility, and we'll take care of you. We're doing our part, you need to do your part.' "

When Zuhair is released from the center, he says the government has promised to set him up with a new house and seed money to restart his business running a mini-market in the holy city of Mecca.

"OK, I change my life," Zuhair says. "I change my city, go another city, to forget everything. Now better my family. A new house. Good this."

Zuhair's story is similar to Awfi's. He says he is not guilty of terrorism, but he is mad at the Americans for holding him at Guantanamo for so long. But now that he is with his family, Zuhair promises to stay away from bad guys.

In both cases, Saudi authorities at the rehab center say they're less concerned with the truth about the detainee's past than they are about his behavior in the future.

Whether he's fully rehabilitated or not, officials say, at least they know where he lives.