Accessibility links
A-Twitter Over Updated Sweethearts Candy For the first time in 145 years, the original recipe has been revamped. The new candies have brighter colors, bolder flavors and more current Valentine's Day expressions — like TEXT ME and TWEET ME. 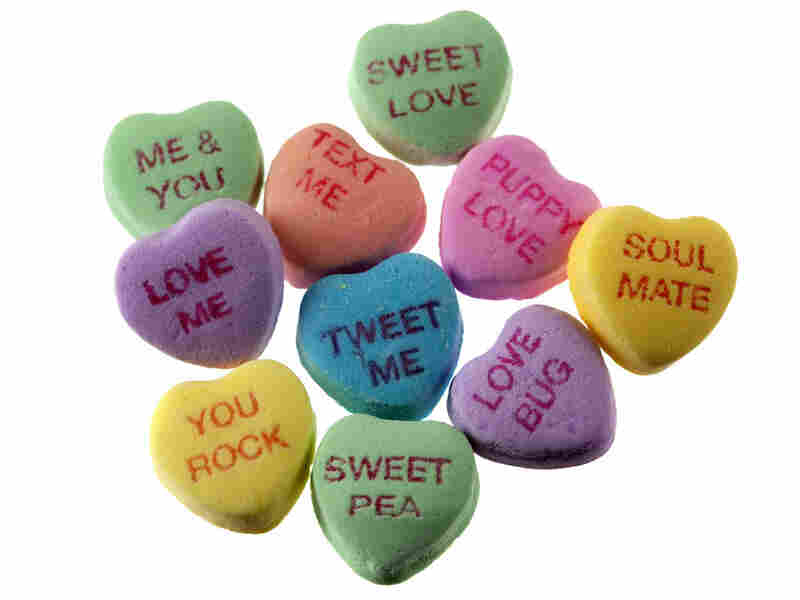 The new sayings for Sweethearts candy were chosen from a consumer contest. The top 10 updated sayings include "TWEET ME" and "TEXT ME." Courtesy Necco hide caption 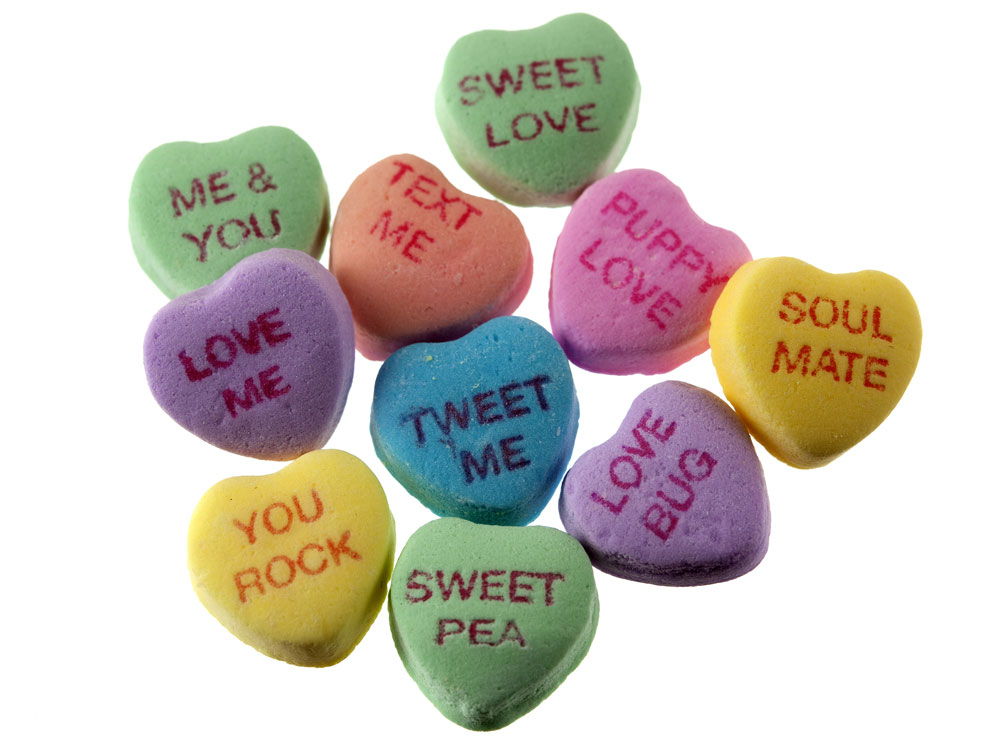 The new sayings for Sweethearts candy were chosen from a consumer contest. The top 10 updated sayings include "TWEET ME" and "TEXT ME."

In case you missed it, Sunday is Valentine's Day. And, of course, it wouldn't be the same without Sweethearts — you know, those little heart-shaped candies with phrases like "LETS KISS" and "MY BABY." Sweethearts are about as American as apple pie, at least in terms of tradition. But when it comes to flavor, the comparison ends for some.

"I would describe the taste to be, uh, like a delicious chalk," customer Keith Luke at the Old Port Candy Co. in Portland, Maine, says.

Another customer, Jonah Spiegel agrees. "They're kind of weird-tasting," he says.

But for the first time in 145 years, the company that makes Sweethearts has revamped the original recipe. The new candies have brighter colors, bolder flavors and more current expressions.

It's a bold move for the Necco company, because Sweethearts are the No. 1-selling nonchocolate Valentine's Day candy. The factory stamps and prints about 6 billion Sweethearts a year.

"The original Sweethearts were a bit chalky," Vice President Dave Smith says. "Some people really like eating chalky, but the idea is that the new flavors and textures are much more candy-like, and you can enjoy them more because they taste a little better."

Out are banana and wintergreen. In are green apple and blue raspberry. And along with the new flavors, Necco is printing updated sayings on the Sweethearts, all chosen from a consumer contest. The top picks? "TWEET ME" and "TEXT ME."

"Now, with social media and with Twitter and Facebook, and all these other really powerful social media engines, we've really been able to change the relationship that companies have with their customers," Necco Brand Manager Aimee Scott says. "It's much more of a two-way dialogue, and that really enables consumers to say, 'Hey, here's what I want' — and for companies to be really responsive in meeting those consumer needs."

Of course, the real test is whether the new flavors hold up to today's discerning palates. Fourteen-year-old Anthony Lewis thinks they do. "These taste more flavorful than the other ones," he says, "I think it tastes delicious!"

If the revamped Sweethearts don't catch your fancy, there are other options. Brach's makes its own version of heart-shaped candy messages — called "Conversation Hearts" — that are unchanged this year.

But if sugar isn't your thing, not to worry. You can now send virtual Sweethearts through Twitter.