Accessibility links
Feminism And Folklore, Braided Into Modern Life Dubravka Ugresic's Baba Yaga Laid an Egg explores issues of women and aging through three modern retellings of the story of Baba Yaga, the villainous crone at the heart of many Eastern European folk tales. 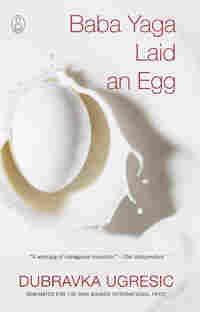 In the fairy tale world, it's never a good sign when the old woman arrives. She'll try to shove the children into the oven, or poison the princess, or lock someone away in a tower. Baba Yaga, the villain of many Eastern European and Russian folk tales, is the epitome of the nasty old hag. She lives in a hut propped up on chicken legs, and if you try to enter, the house will turn itself around to hide the door. She has a large nose and chin, and massive, droopy breasts that she hangs over a pole when resting. She scares children and, in some of the stories, eats them. Old men in fairy tales get to be smart and magical, like Merlin. Old women just get to be frightening.

It wasn't always this way. In the older, oral myths from which these stories originated, the witch had as much wisdom as the wizard. In our modern world, the aged woman is stripped of power, of beauty, of sexuality until she is either malevolent or invisible. In Baba Yaga Laid an Egg, Croatian writer Dubravka Ugresic explores the issues of women and aging through three different retellings of the Baba Yaga story. She opens with a funny and candid essay about her own complicated relationship to her elderly mother, and the fear of witnessing her physical and mental decline as she turns into a dotty old hag.

The book ends with what at first appears to be a scholarly article about the symbols and themes of the Baba Yaga tales, but, like her strange little house, it soon stands up and turns around on you very quickly.

The collection's powerful centerpiece is a short story about three old women — Beba, Pupa and Kukla — who check into a health spa/hotel to live out the rest of their days. All three react differently to their aged state: Kukla is enjoying widowhood after a series of oppressive marriages; Beba discovers her maternal side when she meets a shell-shocked masseuse from her war-torn country; and Pupa, the frailest of the trio, is frustrated with her inability to die. 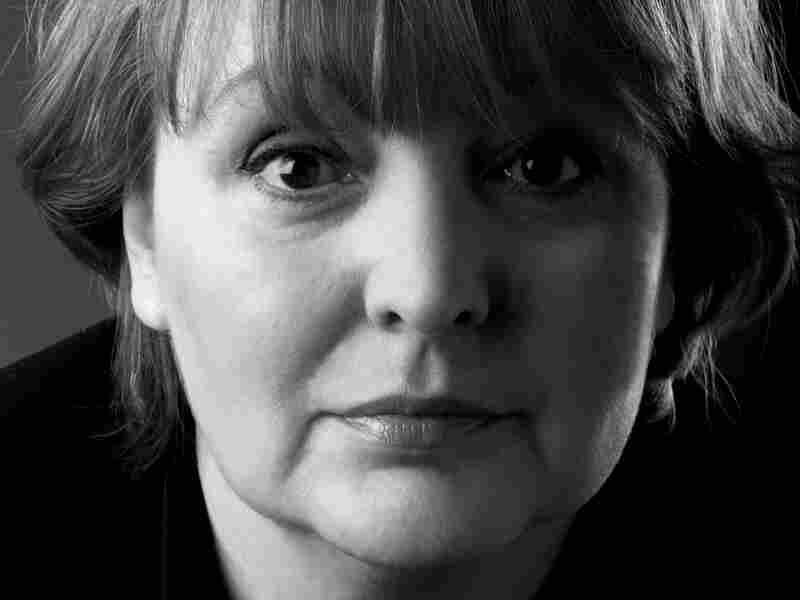 Author Dubravka Ugresic was born in Croatia. She lives in the Netherlands. Zeljko Koprocec hide caption 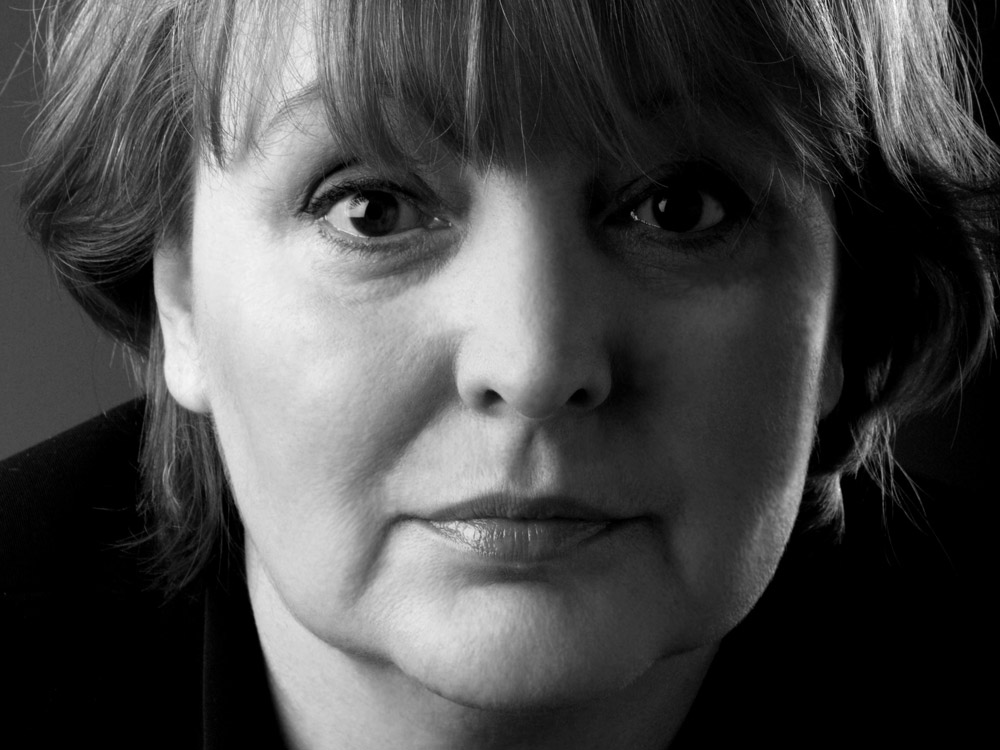 Author Dubravka Ugresic was born in Croatia. She lives in the Netherlands.

"Pupa," Ugresic writes, "often dreams about how nice it would be if someone were to take her to Greenland and forget about her, lose her the way one loses an umbrella or gloves." Ugresic and Baba Yaga restore what age has stripped away: sex, motherhood, visibility and creative power.

Baba Yaga Laid an Egg is the latest volume in the Canongate Myth series, where authors like Margaret Atwood and Victor Pelevin pick an ancient story (the tales of Penelope, and Theseus and the Minotaur, respectively) and update it — but far surpass its predecessors. Ugresic has created a wise, sharp fairy tale of her own. And like one of those mythic stories, it's slow to reveal its secrets. Every element has hidden meaning, and repeat readings are rewarded. The three parts, each one substantial on its own, feed in to one another to create something majestic. It's a work worthy of any crone. And I mean that as a compliment.

Chapter 1: Birds in the Treetops Growing by My Mother's Window

The air in the New Zagreb neighbourhood where my mother lives smells of bird droppings in summer. In the leaves of the trees out in front of her apartment building jostle thousands and thousands of birds. Starlings, people say. The birds are especially raucous during humid afternoons, before it rains. Occasionally a neighbour takes up an airgun and chases them off with a volley of shots. The birds clamour skywards in dense flocks, they zigzag up and down, exactly as if they are combing the sky, and then with hysterical chirruping, like a summer hailstorm, they drop into the dense leaves. It is as noisy as a jungle. All day long a sound curtain is drawn, as if rain is drumming outside. Light feathers borne by air currents waft in through the open windows. Mum takes up her duster, and, muttering, she sweeps up the feathers and drops them into the bin.

I vaguely recall her fondness for two turtledoves that came to her windowsill. Pigeons she hated. Their muffled cooing in the morning infuriated her.

'Those repulsive, repulsive fat birds!' she said. 'Have you noticed that even they have gone?'

I hadn't noticed, but sure enough, it seemed that the pigeons had fled.

The starlings irked her, especially their stink in the summer, but in time she reconciled herself to them. For, unlike other balconies, at least her balcony was clean. She showed me a messy little spot near the very end of the balcony railing.

'As far as my place is concerned, they are filthy only here. You should see Ljubica's balcony!'

'Hers is caked all over in bird shit!' says Mum and giggles like a little girl. A child's coprolalia, clearly she is amused by the word shit. Her ten-year-old grandson also grins at the word.

'There are jungles everywhere these days,' I say.

Birds are apparently out of control; they have occupied whole cities, taken over parks, streets, bushes, benches, outdoor restaurants, subway stations, train stations. No one seems to have noticed the invasion. European cities are being occupied by magpies, from Russia, they say; the branches of trees in the city parks bow down under their weight. The pigeons, seagulls and starlings fly across the sky, and the heavy black crows, their beaks open like clothes pegs, limp along over the green city swards. Green parakeets are multiplying in the Amsterdam parks, having fled household birdcages: their flocks colour the sky in low flight like green paper dragons. The Amsterdam canals have been taken over by big white geese, which flew in from Egypt, lingered for a moment to rest and then stayed. The city sparrows have become so bold that they wrest the sandwiches from people's fingers and strut brazenly about on the tables in outdoor cafes. The windows of my short-term lease flat in Dahlem, one of the loveliest and greenest of the Berlin neighbourhoods, served the local birds as a favourite repository for their droppings. And you could do nothing about it, except lower the blinds, draw the curtains or toil daily, scrubbing the splattered window.

She nods, but it is as if she is paying no attention.

The invasion of starlings in her neighbourhood apparently began three years earlier, when my mother was taken ill. The words from the doctor's diagnosis were long, alarming and ugly (That is an ugly diagnosis), which is why she chose the verb 'to be taken ill' (Everything changed when I was taken ill! ). Sometimes she would get bolder, and, touching a finger to her forehead, she'd say:

'It's all the fault of this cobweb of mine up here.'

By 'cobweb' she meant metastases to the brain, which had appeared seventeen years after a bout of breast cancer had been discovered in time and treated successfully. She spent some time in hospital, went through a series of radiation treatments and convalesced. Afterwards she went for regular check-ups, and everything else was more or less as it should be. Nothing dramatic happened after that. The cobweb lurked in a dark, elusive cranny of the brain, and stayed. In time she made her peace, got used to it and adopted it like an unwelcome tenant.

For the last three years her life story had been scaled back to a handful of hospital release forms, doctors' reports, radiological charts and her pile of the MRIs and CAT scans of her brain. The scans show her lovely, shapely skull planted on her spinal column, with a slight forward stoop, the clear contours of her face, eyelids lowered as if she is asleep, the membrane over the brain like a peculiar cap, and, hovering on her lips, the hint of a smile.

'The picture makes it look as if it is snowing in my head,' she says, pointing to the CAT scan.

The trees with their dense crowns growing under the window are tall, and reach all the way to my mother's sixth-floor flat. Thousands and thousands of little birds jostle for space. Close in the hot summer darkness we, the residents and the birds, evaporate our sighs. Hundreds of thousands of hearts, human and avian, beat in different rhythms in the dark. Whitish feathers are borne on gusts of air through the open windows. The feathers waft groundward like parachutes.

From Baba Yaga Laid An Egg by Dubravka Ugresic. Copyright 2009. Reprinted by permission of Canongate U.S. All rights reserved. 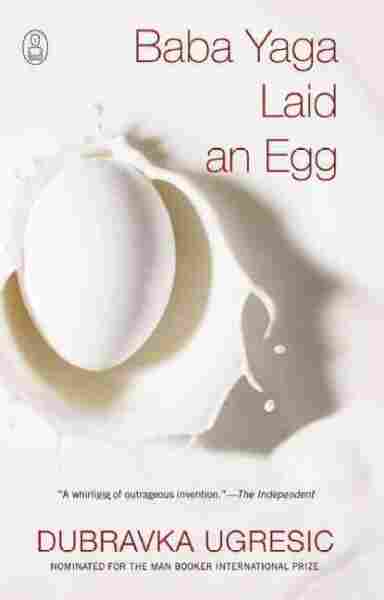